​
1976
Dr. Elmer Copley
(1925-1991)
~ Remembering him as the “Messiah” conductor for the Bethany College
"Swedish King’s," Carl XVI Gustaf's, performance
This was truly an important, if not the most historically important, special public performance of the Lindsborg Bethany College Oratorio Society of Handel's Messiah on the day before Easter, Saturday, April 17, 1976, for His Majesty Carl XVI Gustaf, King of Sweden, with Bethany College President Dr. Arvin W. Hahn presiding.  The King was on a U. S. Bicentennial – year tour of this country, April 2 through 28, 1976. 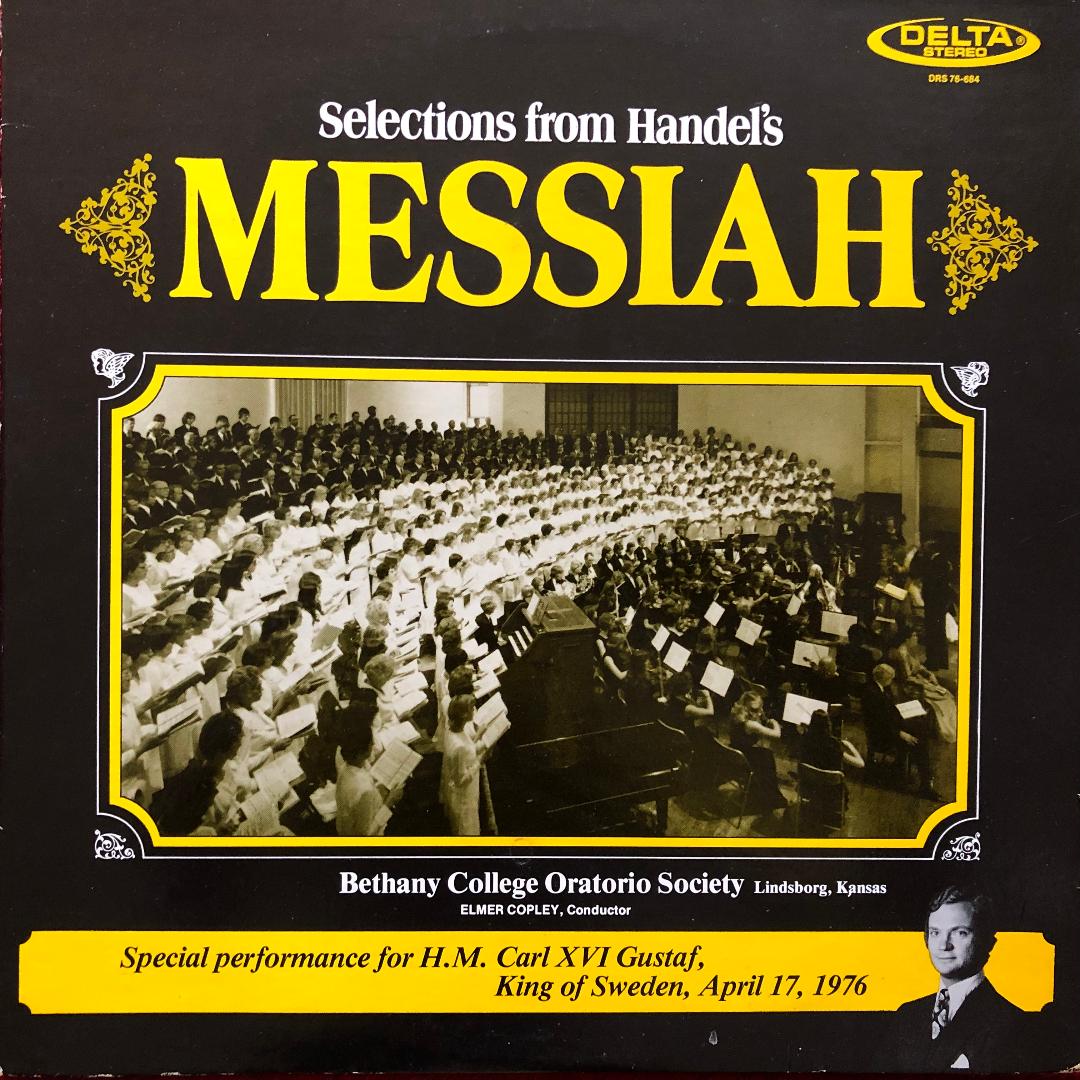