Following are words of honor and respect from Dr. Emory K. Lindquist on Birger Sandzén as well as gratitude to those who helped him with this wonderful cultural American and Swedish project of art

​, producing this one-of-a-kind mixed Swedish American book.  The red font will be removed eventually. ​loss his central vision while working on this book and then went right into the Birger Sandzén book that was published in 1993
INTRODUCTION

When twenty-three-year-old Birger Sandzén (1871–1954) left Sweden in 1894 for Lindsborg, Kansas, a whole new world opened up for him, and he was to be part of that world until his earthly pilgrimage came to an end in 1954. In the course of his years in Kansas, he received national recognition as an artist, he gained the esteem of students and colleagues as a teacher, and his avid promotion of art enriched the lives of individuals and communities. 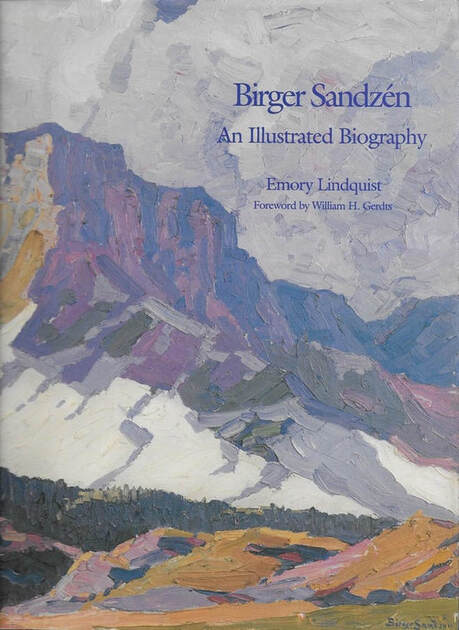