Closing remarks as of current date . . .

Swedes: TheWayTheyWere (SWEDES) was in its idea stage in 2005 during Bethany College's 125th Anniversary when a select group of 27 matted and framed black and white enlarged images of one hundred-year-old Bethany College photographs taken by my great grandaunt, photographer and artist Lydia Sohlberg Deere, were being shown at the Birger Sandzén Memorial Gallery.  From events following that showing, with the saddening realization that our foundational College history was being forgotten, coupled with shared ongoing quiet concerns that many have regarding Lindsborg Swedish cultural heritage and historical preservation issues, an embryo stage of SWEDES began in 2011, leading to its birth stage in 2015 when it was first published.

SWEDES developed concurrently with the last part of the distribution of historical items from the Sohlberg Deere Estate, a Swedish and Kansas Smoky Valley Swedish American Lindsborg estate belonging to my great grand uncle and aunt, the late Dr. Emil O. Deere (1877-1966) and Mrs. Lydia Sohlberg Deere (1873-1943), which was inherited in 1996.  In retrospect, SWEDES occurred naturally, initially touching lightly on the earliest history of Lindsborg and Bethany College during the era of my relatives and their contemporaries.  Unknowingly, SWEDES was to expand exponentially​ to the historical document that it is today.   This was as a result of the Covid 19 Pandemic of 2020 preventing my return to work, yet on-the-other-hand providing three additional years for researching and highlighting some of the Smoky Valley Writers "works" on the "The Other Swedes" which enlarged and enriched the contents of this website immensely.

Thus, through the reviewing and reading of their books and writings and of those from the inheritance and from items from the Sohlberg Deere Estate, SWEDES has attempted to provide one with an overall view of this most unique rural well-preserved Swedish and Swedish American Lutheran Lindsborg, "Little Sweden," and Bethany College.  It has highlighted the Smoky Valley Värmland Sweden Colony and leader Rev. Olof Olsson and other leaders, the earliest years of the Swedish Lutheran Augustana Synod and its Smoky Valley churches and their pastors; the College, its museum, leaders and professors; the arts and the artists; some of the nationally and internationally known Lindsborg Messiah Chorus performances, conductors, singers and musicians; the more important cultural and historical events as well as the legacy listing of these Swedish, non-Swedish, and Swedish American persons in the "The Other Swedes" section.  These were the pioneers and those that followed, the developers, who were responsible for the thriving community that Lindsborg was, in that era.  Yet, it continues to be so, due to their descendants, the "caretakers," the "last-living-links" connected or associated to these Swedes, many of whom that are also recognized in "The Other Swedes" legacy listing.   For they have been carefully and lovingly preserving, promoting and carrying-on aspects of the Swedish cultural heritage, the handcrafts and traditions that so reflect the earliest years of Lindsborg and her neighboring Swedish communities.

SWEDES has touched lightly on Lindsborg's neighboring Swedes and the Swedish Augustana Lutheran impact that these Swedes had on the Smoky Valley and Lindsborg.  This information came from Smolan, Kansas, author Thomas N. Holmquist's 1994 classic Pioneer Cross, Swedish Settlements Along the Smoky Hill Bluffs.  This book, the "first" of its kind, memorializes those Swedes who established the communities of Salemsborg and Freemount and their namesake churches.  It is quite evident that Mr. Holmquist's Pioneer Cross is as ever important to those settlements as Dr. Emory Lindquist's Smoky Valley People is to that of the Lindsborg settlement, as these classics together point to the "Cross" which led these Lutheran Swedes to emigrate to the Kansas Smoky Valley in the first place.
​
As a nearly finished online historical document, SWEDES is becoming a virtual "memorial" for the Swedes of Lindsborg and the Bethany College of the past as well as an online resource of the present, for educational reference and research purposes -- to benefit Smoky Valley leaders and citizens, children and students, teachers, professors and pastors, and advocates concerned with Swedish Lutheran Smoky Valley historical and cultural heritage preservation, restoration and promotion.  Likewise, it can be useful for scholars in the United States, Sweden, and around the world interested in Swedish America and Swedish immigration, especially to the Great Plains of Kansas.

Near the end of Smoky Valley People, Dr. Lindquist writes,

"The central factor in writing this volume is my genuine conviction that Bethany College and Lindsborg present distinctive values that are truly meaningful for individuals and society.  I do not believe that this unique combination of cultural and spiritual values in a friendly small-town setting can be readily duplicated."

This is "the way they were," and SWEDES has attempted to highlight that.

For a moment to remember those Swedes, go HERE to the 1941 Memorial Cross and Mr. Holmquist's enduring history.
​
​For Traveling through SWEDES: "The Outline Online" ("Table of Contents"), go HERE.

Tills nästa gång, until next time, ​Fran Cochran -- December 19, 2022
Bethany College Graduate, 1968
Research writer website designer of Swedes: TheWayTheyWere & SwedishAmericana
A descendant of many watching over the welfare of this Swedish American living legacy
​*   *   *
For the 2009 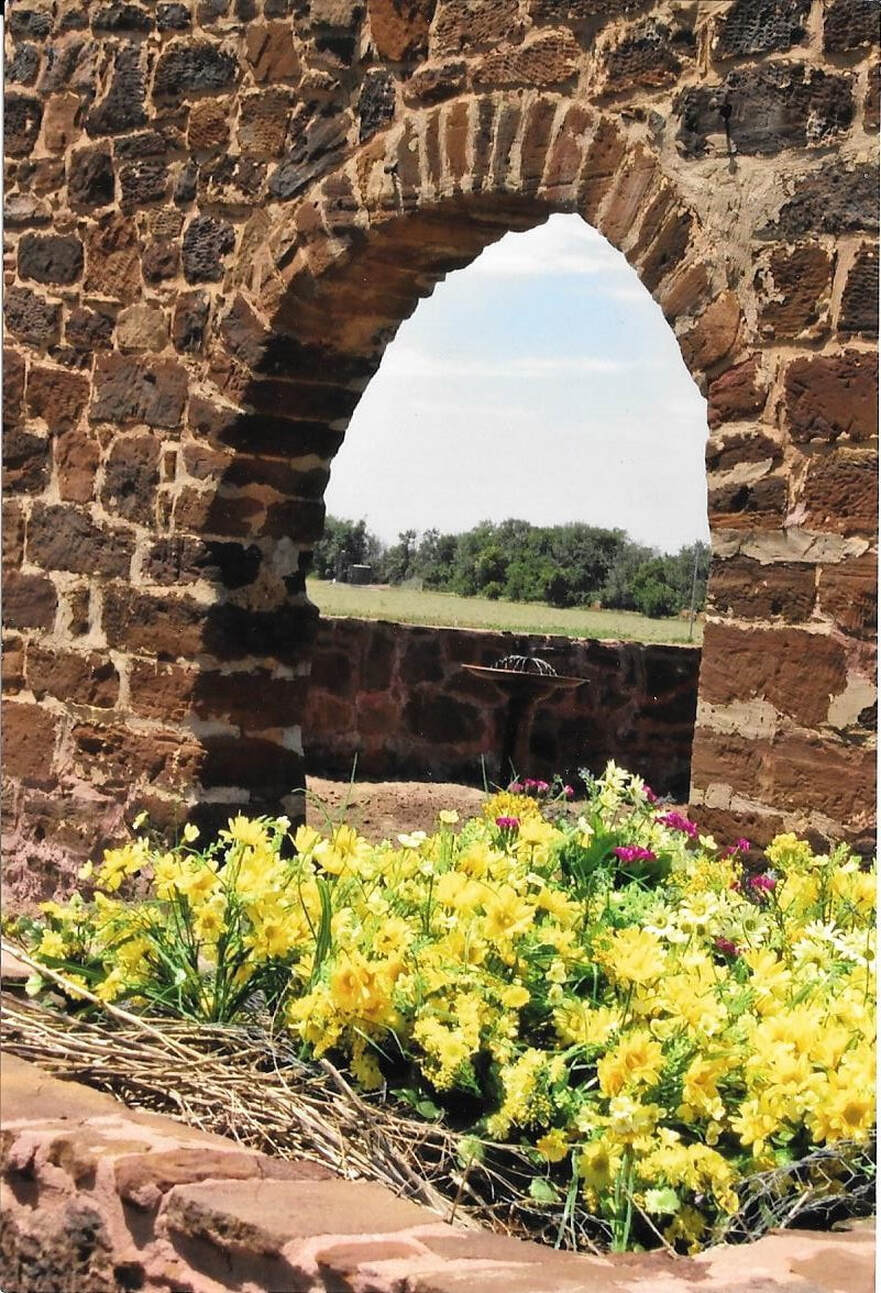 *     *     *
All color photography throughout Swedes: The Way They Were is by Fran Cochran unless otherwise indicated.
Copyright © since October 8, 2015 to Current Year
as indicated on main menu sections of
www.swedesthewaytheywere.org.  All rights reserved.