"The Other Swedes"
​~ Honoring Them and Remembering Them ~ The Smoky Valley Writers ~
​
​ Mr. Bill Carlson
~ Chronicling Lindsborg's earliest and later histories with a personal connection,
​since 1867

​ Mr. Bill Carlson
1930-2018
He was a Swedish Augustana Lutheran Christian 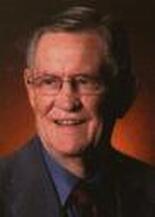 ​​ "History not recorded, is perhaps history lost!"
​
​At age 30, I met Mr. Bill Carlson, during a long layover of international Southeast Asia and European travel from July 1976 to April 1977.  This was while working at the Lindsborg Bethany Home (for the Aged) where he was the new administrator.   My travel plans had been initiated in February 1976, after I had finished a teaching assignment from May 1974 to January 1976 for the Victorian Department of Education in Melbourne, Australia.  This first trip, by bus mostly, with the Aussies lasted nearly three months.  While waiting for the next trips with the Aussies in London, the plan was to work at Bethany Home and help my mother, Lois Fry Cochran at the Deere home with her newly acquired Sohlberg Deere Estate that became hers when her mother, Nina Sohlberg Fry passed on in January 1973. (This was the Nina that Lydia took many photographs of with her friends in the early 1900s.)

Little did I realize, until much later, the historical impact of working at Bethany Home would have on me.  On the job, I learned very quickly that the Home was "ground zero" for researchers, historians and writers to come to meet the residents, to hear and to record "the early history" of Lindsborg, Bethany College and neighboring Smoky Valley communities, such as Freemount and Salemsborg, which had been founded in the same year as that of Lindsborg, in 1869.  The Home buzzed with excitement!  Many of these residents were descendants of the earliest leaders of these Smoky Valley communities.  Then there was the eye-opening daily experience, while walking through the corridors with the "meds" for the residents at the Home, of viewing "gallery halls" of the original paintings of Bethany College students whose professor had been the renowned artist Swedish Sven Birger Sandzén!

Mr. Carlson was born in Lindsborg in 1930 and he married Doris Soderstrom of Lindsborg.  They would have three children:  Sara, Brad and Andy.

Mr. Carlson was a ​third Swedish American Smoky Valley descendant being the grandson of Swedish pioneer Magnus Carlson who entered the Valley with his new bride Maria in 1867, who were to be members of the Swedish Bethany Lutheran Church when it was founded in 1869, by friend Rev. Olof Olsson, who had married them on April 17, 1867, the day before they were to sail for America from Sweden, to begin a new life in a new land.  Thus, he certainly had a personal connection to the very beginnings of Lindsborg, to its founder Rev. Olsson and the Sunnemo Värmland Swedes who helped established the church.

Not only was Bill's Swedish grandfather's emigration and Smoky Valley story impactful enough for him, but his twenty year association with Bethany Home as its administrator was almost equally important to his commitment and passion toward preserving and promoting the history of Lindsborg and the Smoky Valley.

Years later when I invited him and Lindsborg News Record owner and editor John Marshall for a tour of the old Deere farm (Peaceful Acres), when I was calling upon the Kansas State Historical Society in regard to preserving and restoring the ruins of the stone house (Swede House) and the stone stable "The Smoky Valley Outdoor Classroom,"  Bill told me his grandfather Magnus Carlson who had been a stone mason and bricklayer built Pastor Olof Olsson stone house.  Bill thought his grandfather surely could have built Swede House because it looked almost exactly as Pastor Olsson's house.  He also exclaimed that Swede House may be the last of its kind in the Smoky Valley.

With this Swedish background, Mr. Carlson devoted his retirement years to giving his readers an accurate understanding of "how it was," for his Swedish grandparents and their contemporaries emigrating to the Smoky Valley of Kansas, and settling there.

He was a man very concerned with the preservation of Lindsborg's history especially, and his writings reflect that.  His membership in the Svenska Vänskapsgruppen aka Swedish Friendship Group, the American Scandinavian Association of the Great Plains, and the Smoky Valley Historical Association (SVHA) are true reflections of this concern, as each promoted projects and programs of community preservation of history and culture.   One example is that of the SVHA was known for its ongoing work on the "Coronado Heights" project since 1919, their 1980s-1990 "Hogland Dug Out" project, their 1993 "Where Did They Live" project, their 2006 "Välkommen" project, and their and Mr. Carlson's 2011 "Lindsborg Then and Lindsborg Now" project.

As a result, he authored books, produced many articles for the Lindsborg News-Record and even for the Sweden and American magazine.  The works of Mr. Carlson's that I referred to, used and shared in SWEDES are these:
​
2011, Lindsborg Then And Lindsborg Now
2014, The Founding of Lindsborg
2016, Special Visitor to Lindsborg, April 17, 1976, King Carl XVI Gustaf of Sweden
and
parts of the
1986
"Bethany Home Story"
He always included this in his writings:
​ "History not recorded, is perhaps history lost!"
--Bill Carlson
​-------
Before his career at Lindsborg's Bethany Home, Mr. Carlson was also a Smoky Valley​ educator, teaching and coaching for twenty years in Salina, the next town north of Lindsborg, 16 years at Salina High School, and 4 at the new Salina High South as head football coach.   He first authored, the 1997 "From Socks and Jocks to Maalox" as a result of his Bethany Home experiences. Mr. Carlson was a member of the Messiah Lutheran Church, a 1952 Bethany College graduate followed by nearly two years in Korea with the Army, then marriage to Lindsborg's Doris Soderstrom in 1955 while earning a Master's Degree in Education in 1956 from Emporia State University.
-------
​My last email from Mr. Carlson was on January 29, 2016.
The subject was: Wonderful Project You Have Going.

Have just now quickly read your email and am excited for you and for the Smokey Valley of Kansas.
Why sure, if needed, any of the info included is ok with us [including wife Doris].  Have at it.
Writings by Swedes & non-Swedes.  Sounds exciting.
Congrats on the good work,
Bill C.
-------
​- Bill Carlson at the Birger Sandzén Memorial Gallery -
He is standing next to the Swedish pioneer Sandzén painting
of his
​Swedish pioneer grandfather ​Magnus Carlson's, Smoky Valley Stone House 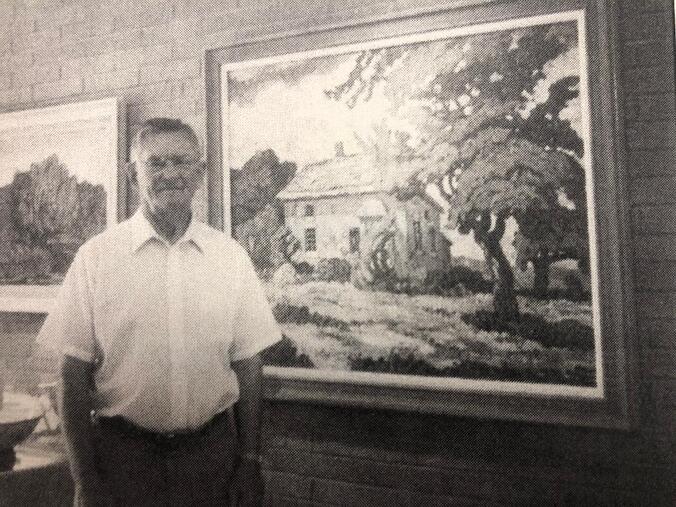 Go HERE for "Lindsborg Then and Lindsborg Now" ~ Contents & Illustrations

Mr. Carlson's writings can also be found in the following sections of SWEDES.

​*     *     *
​"Let Us Remember Them"
*     *     *
Swedes: TheWayTheyWere
~ restoring lost local histories ~
reconnecting past to present
*     *     *
All color photography throughout Swedes: The Way They Were is by Fran Cochran unless otherwise indicated.
Copyright © since October 8, 2015 to Current Year
as indicated on main menu sections of
www.swedesthewaytheywere.org.  All rights reserved.