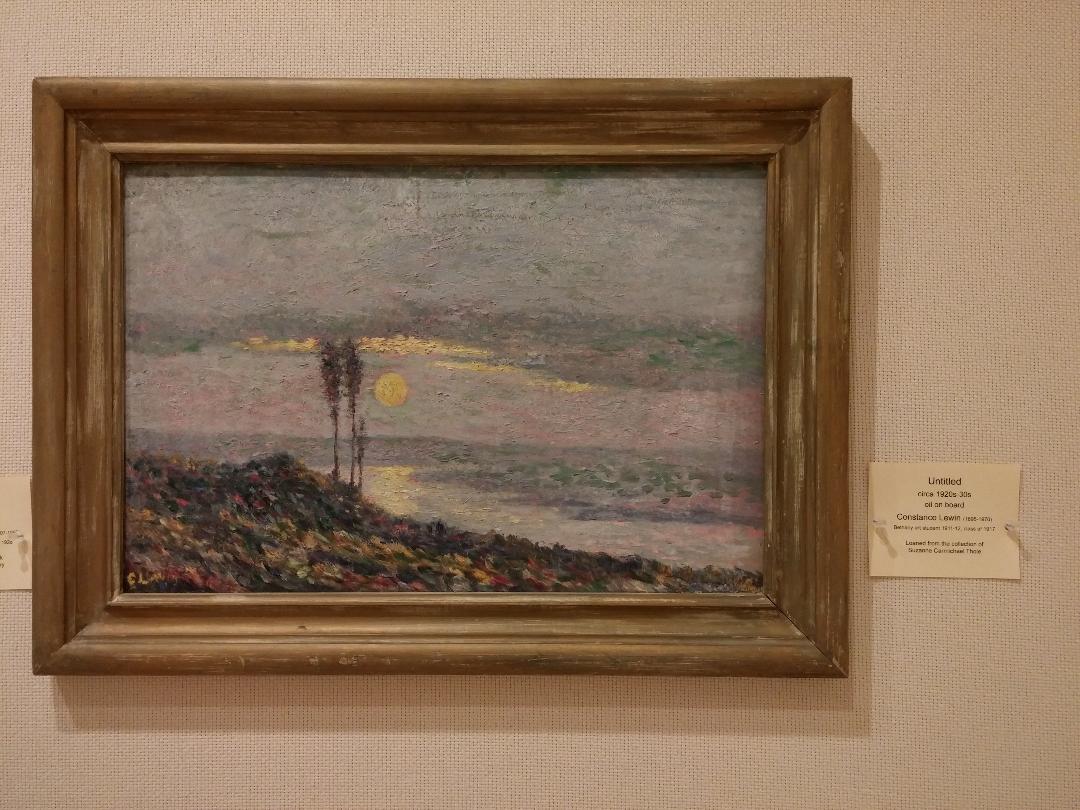 Birger Sandzén had a special connection with his student as had his students with him!  This is why the "Students of Sandzén" exhibition has been featured, from time to time, as a matter of course throughout the history of the Gallery.  This connection is so reflected in the flyer written by Gallery's Curator Cori North, some of which is shown as follows:

" One measure of an artist's success is the degree of influence on those who come after.  The internationally known Swedish-American painter and printmaker Birger Sandzén (1871-1954) had an enormous impact on five decades of young artists under his tutelage.  This exhibition features work by a selection of 52 artists who were students of Sandzén's at various times and places, highlighting the number of years of the artist's tenure at Bethany College in Lindsborg, Kansas...
- Walking through the Exhibition -
" Undergraduates, workshop attendees, and nontraditional students of all ages flocked to Sandzén's art classes where- ever they were held...

" Professor Sandzén was known for encouraging everyone to live a life filled with art and culture.  He was unconcerned with conservative modes of teaching and welcomed nontraditional students into his classroom...

" Birger Sandzén was held in great esteem by his students, many of whom kept in touch with their mentor over the course of their careers...

Edith was sporadically a Sandzén student from 1926 through 1933,
while her daughter, Alleen, was a Bethany student and good friends with Sandzén's daughter,
Margaret Sandzén. 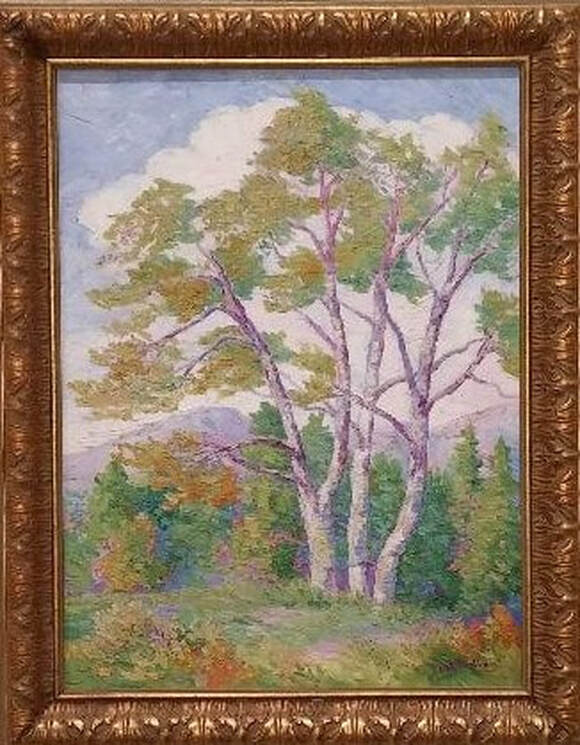 A gift to the Birger Sandzén Memorial Gallery by James and Virginia Moffett
-- Sandzén's Student and Good Friend --
Artist:  Oscar Brousse Jacobson
​(1882-1966)
​- Myself As of 1952 -
(Shown wearing two medallions honoring him from an unidentified country as they are not Swedish) 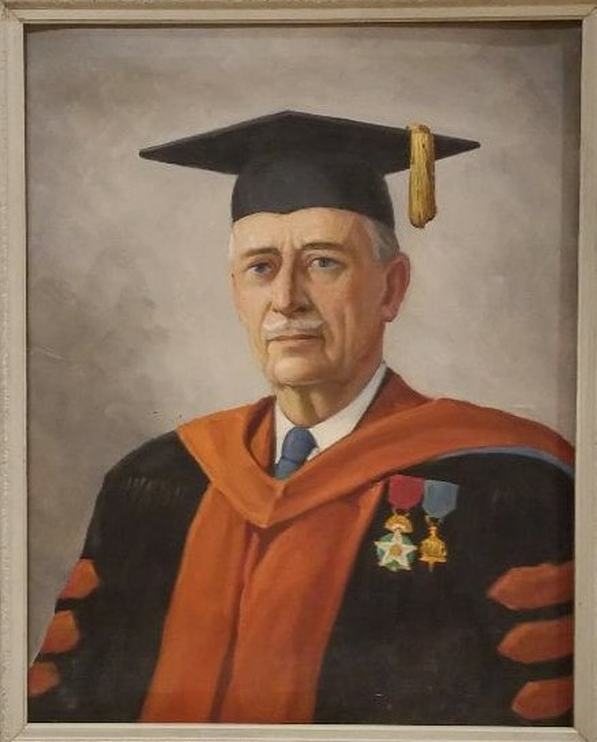 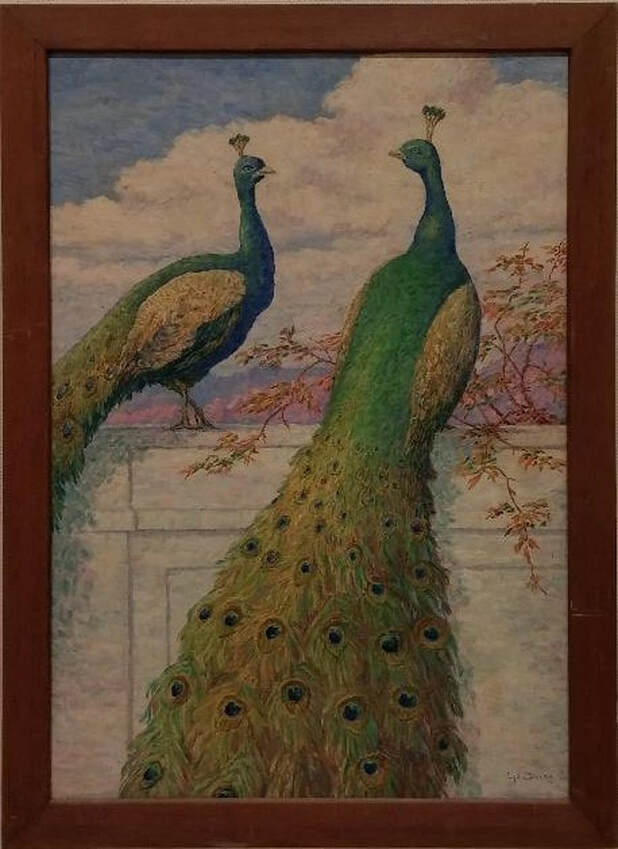 And, it was some of those students who last years of their lives would be lived in the Bethany Home for the Aged that donated their art works to the Home to be hung there, to keep that flame burning still for their beloved art professor, Birger Sandzén.  Go HERE to Bethany Home ~ Celebrating Artist Birger Sandzén through His Students' Paintings.
*     *     *
Swedes: TheWayTheyWere
~ restoring lost local histories ~
reconnecting past to present
*     *     *
All color photography throughout Swedes: The Way They Were is by Fran Cochran unless otherwise indicated.
Copyright © since October 8, 2015 to Current Year
as indicated on main menu sections of
www.swedesthewaytheywere.org.  All rights reserved.