Home
Their 1879 "Swedish Mission Church"
formation by former Bethany Lutheran Church members
​ due to the "atonement" issue
​ ~ An account by Mr. Bill Carlson ~ Part 1 of 2

The account by Mr. Bill Carlson from his 2010 Lindsborg Then and Lindsborg Now,

Chapter 11
"Church Division and Controversy"
​Pages 27-30
​
"A few years after the first church was erected in Section 7, a split occurred due to a number of controversies, not the least of which was the issue of atonement. A number of differing opinions led to a deep split among close friends who were active members of the Church of Sweden, as well as disagreement of the real meaning of atonement.

"Following much study and conversations at various times, the writer can express some frustration as to how these dedicated early Christian settlers could become so upset regarding the atonement issue. Today we find the issue of atonement to be of a minor issue as it relates to salvation and the belief in Jesus as our Savior and Lord, for he has atoned for all of our sins on the cross at Calvary. It is the acceptance of Jesus as our Savior that leads us to a heavenly home when our days are over here on earth.

"It is understandable there are those who will take issue with this particular paragraph.

"It would appear a number of other disagreements were included in the split. The reason for immigrating for some was church freedom, a more informal structure of worship, strong personalities, strict rules of Rev. Olof Olsson, and his insistence on belonging to the Augustana Lutheran Synod of America. Many expressed the fear of once again becoming oppressed in their worship with hard fast rules as they experienced with the state Church of Sweden. Further, many yearned for a more informal worship with less liturgy involved in their Sunday services.

"There were those who were not pleased by the admission of Dr. Olsson and the congregation into the Augustana Synod which occurred at a meeting in Andover, Illinois, in 1870.  There was much grumbling among the people who opposed this move.  Dr. Olsson answered them by stating that it was not good to exist as an individual congregation, but that it was necessary to belong to some group or communion, as he the felt Augustana Synod was the best and most logical.

"A few of the immigrants had organized Bible studies and prayer meetings in various homes in the absence at times of Rev. Olsson, who felt threatened by the possibilities of members slipping away from what he had envisioned in Sweden, that of a "pure" church.  Dr. Olsson frowned on the practice of inviting traveling missionaries into members' homes and welcoming them to speak in their church.

"Another area of contention was the practice of baptism and the necessity of a conversion, or recommitment experience at the age of accountability. Friendships were weakened and families were split over these spiritual issues that arose among church members. Hot discussions in the stores and on the streets of Lindsborg were very common.

"During this time a new church had been built in Lindsborg, on north Main Street, and was soon ready for worship services.  It was about this time the division occurred within the Bethany Lutheran membership.

"Dr. Lindquist, in Smoky Valley people, states "between 1874-1876 forty-two (42) members either withdrew membership or were excommunicated by Rev. Olsson from the pulpit on a Sunday morning."  10 of the 12 charter council members left the church.  Page 29

"The Swedish Evangelical Mission Covenant Church was established in Sweden in 1878.  Most of those who left Bethany Lutheran Church quickly joined the new Swedish Mission Church which had been built in the Rose Hill area north of Lindsborg, and later on the corner of Lincoln and Washington in Lindsborg.

​     "In addressing the church split over spiritual practices and beliefs, it must be emphasized that the healing began to occur slowly in the late 1870s. Old friends once again spoke to each other, transacted business with each other, bringing unity and forgiveness among these hardy, strong-willed and hard-working Swedes. It has been said, if it had not been for the fact these Swedes from Sweden were strong in opinions, and were people who were determined to seek the scripture, they would never have been successful in the new country over 5000 miles from their homeland.

"Rev. Olsson, in poor health, left Lindsborg in 1876 taking a leave of absence. He never again served as pastor of Bethany Lutheran Church. He and his family frequently returned to the Smoky Valley where they were warmly received. Quoting again from Dr. Lindquist writings, "  Rev. Olsson, upon his return in 1888 for Holy Week, was asked to preach in the Swedish Mission Covenant Church on Palm Sunday evening where he was received with hugs, wide smiles, and yes, years of reconciliation."

"Throughout the late 1800s and even up through the 1930s and 1940s, some tension seemed to be continued between the Lutherans and the Covenant people. Very few religious functions took place in Lindsborg including all churches in town. One major breakthrough commenced in the mid-1920s with elementary students attending the church of their choice for Wednesday released morning sessions of the Bible.

"One family of three brothers sort of broke the ice between the churches in the 1940s as the oldest Covenant boy commenced dating a Messiah Lutheran girl which became the subject of conversation. A few years later his brother started dating another Messiah Lutheran girl. This brought questions and some light rumblings among a number of  both Lutheran and Covenant members.

"When the youngest boy became involved dating still another Messiah Lutheran girl the father of the boys would only smile when questioned, saying nothing. However, he was encountered one day by several men from his church with " Why do all your sons date those Lutheran girls and not our covenant girls?"  Undoubtedly tired of all the questions, the father's reply was simply, I will tell you why.  It is because those Lutheran girls are so much prettier than our Covenant girls."  Case closed. 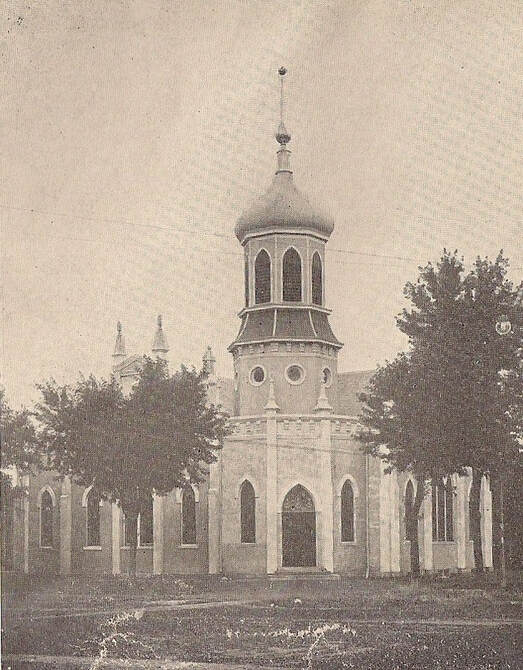 Source: Pending
​*   *   *
"Let Us Remember Them"
*     *     *
Swedes: TheWayTheyWere
~ restoring lost local histories ~
reconnecting past to present
*     *     *
All color photography throughout Swedes: The Way They Were is by Fran Cochran unless otherwise indicated.
Copyright © since October 8, 2015 to Current Year
as indicated on main menu sections of
www.swedesthewaytheywere.org.  All rights reserved.