Home
Their 1909 and 1919 Swedish Smoky Valley Community Chronicles
~ Compiled and written by Bethany Lutheran Church Rev. Dr. Alfred Bergin, members and others
This work was authorized by a decision of the Bethany Congregation at its annual meeting in January, 1908, “. . . that the church board is authorized to have a book printed concerning the history of the Lindsborg settlement for its fortieth anniversary:  The Church board later decided that “. . . the pastor alone be responsible for this publication, but may ask anyone for help.” -- [Foreword] by Alfred Bergin, Lindsborg, Kansas, New Year’s Day 1909
When Lydia and Emil arrived in Lindsborg, it must have been a time of great anticipation and excitement for building the community and Bethany College!

The sole responsibility to produce these two Swedish books rested with their pastor, the Swedish Bethany Lutheran Church Rev. Alfred Bergin (1866-1944) who would ask for assistance from his congregation to produce these chronicles on the settling and developing of Lindsborg and the neighboring Swedish enclaves in the Smoky Valley. Other than the local newspaper and other publications from the College beginning in 1881, these would be the books that future Smoky Valley writers would go to, not to mention the Church archives, in their endeavors to create their own literary works on the Swedes of the Valley found in its various communities and at its Bethany Lutheran College.

One such writer to do so would be Dr. Emory K. Lindquist (1908-1992) the fourth Swedish American President of Bethany College when he wrote and published the Smoky Valley People, A History of Lindsborg, Kansas in 1953.  This would be "the" premier and only comprehensive accurate book on Lindsborg as her citizenship of Swedish and Swedish American descendants would agree as no other such book on "Little Sweden, U.S.A." has ever been written in such detail with such dedication.  A beginning of a review of it is found HERE.
​
*   *   *
- Alfred Bergin and His Family -
Adelle, Mrs. Bergin, Dr. Bergin, Ruth, Ester
&
Bethany Lutheran Church 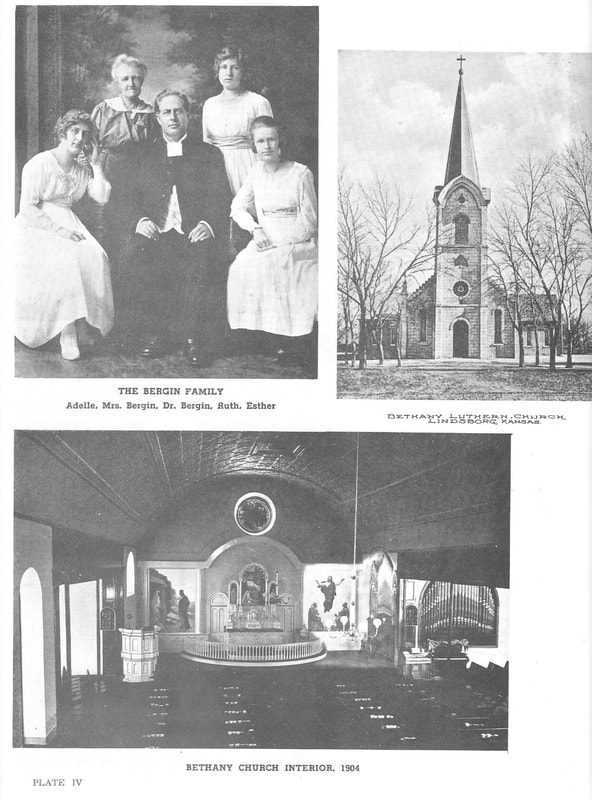 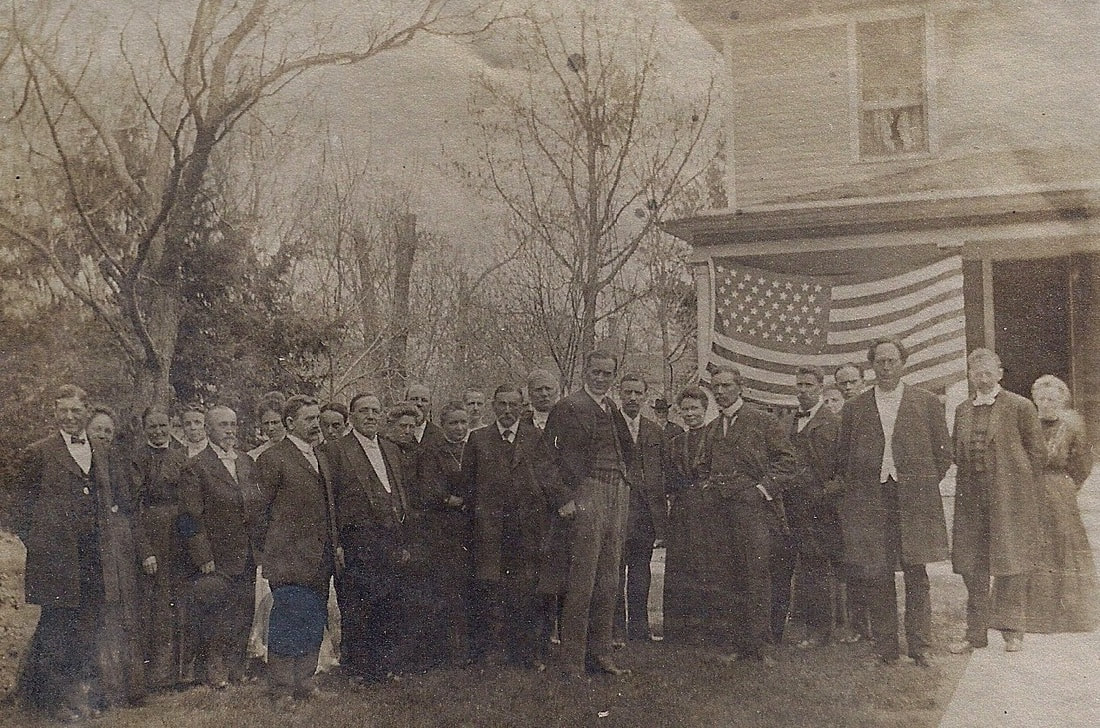