The Other Swedes
This 1919 book was to celebrate the 50th Anniversary of the founding of Bethany Church and Lindsborg!
The 1969 book translation was for the Jubilee Celebration!

1919 translated to "The Smoky Valley in The After Years," 1969
~ By Mrs. Ruth Bergin Billdt and Mrs. Elizabeth Jaderborg

​It was translated to English from the 1919 Rev. Alfred Bergin's Swedish
​" Lindsborg Efter Femtio Ӓr "
by his daughter Ruth Billdt 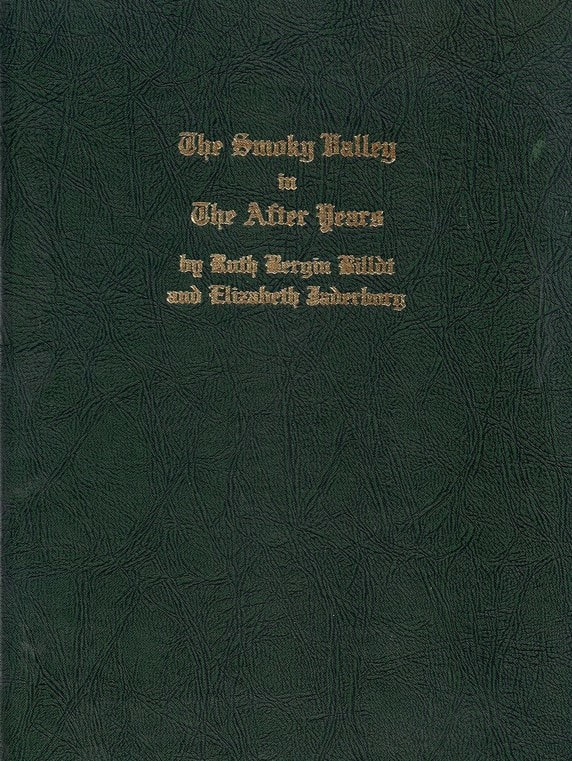 As this book does not have a "Table of Contents," a listing of all "Headings" within this volume with the corresponding page number has been created in a pdf file to facilitate research projects for those who are interested in sharing this most interesting local history with others.  The pdf file, "Table of Contents," is found just under "Headings."
​
'HEADINGS"

Download File
--
​Note that in the "Table of Contents" --
Part One:  After Fifty Years is where the translation is found.
Part Two:  From the Files come directly for the compilation of such files by Elizabeth Jaderborg, Secretary of the                               Smoky Valley Historical Association, Lindsborg, Kansas.
​
--------------------
​
The PREFACE to this 1969 book was written by Ruth Billdt & Elizabeth Jaderborg as shown below:
If our culture is to survive, somewhere there must be a meeting place for the minds of the generations.  Such a place can be found in this volume.

In “Part One: After Fifty Years,” Ruth Billdt’s translation of Lindsborg Efter Femtio Ӓr by Dr. Alfred Bergin (1919), we find selections written by men and women who lived through a period which included both the frustrating pioneer days and the years of the first World War.  In this spastic era, some of them were struggling in America’s upheaval caused by the Civil War.  At the same time, others were engaged in a tremendous Westward Expansion.  These people witnessed the turn of a century and the pains of recessions which accompanied it; they were drenched by the passions and purges which only wars and the subsequent derangement of population can produce.  The effect of this forced association with “Americana” ultimately brought sophistication to the immigrant populations of the frontier.

The Swedish language used in the original book by Dr. Bergin – Lindsborg Efter Femtio Ӓr (1919) – is a bit less traditional than that used in his earlier history of Lindsborg.*  Here and there, “Americanisms” can be found.  In some cases translation was nearly impossible, and the editing was extensive.  How much of this was due to a conscious effort to adapt to the new environment and how much crept in unintentionally, one cannot determine.  Certainly there is evidence of both.  There was an obvious attempt at eloquence in some cases which does not appear in any appreciable way in Dr. Bergin’s first history of Lindsborg.  We find, however, the same charming revelation of pietistic thinking and “church-mindedness” here.  There is little to suggest the unrest and the change in character and ethnic concepts which have occurred in the second fifty years in the Smoky Valley, though a definite note of anxiety can be heard.  Here we have the reflections and memories of men who now had time to reflect and remember.  We sense more of the abstract, and less of the facts and figures and genealogies.  There is a deliberate frankness which, if it had been strictly adhered to in the translation, might have been considered by some as less than discreet.  These portions were softened by twists of phrases.  In this volume, we find more of the story of the struggle over language.  From our vantage point we can see that a very real conflict was in progress which would effect the immigrant communities and churches for generations.  Indeed, we recognize that in some instances, issues and struggles lost their identity, leaving only traditional feuds and shadowy irritations.  Progress has sometimes been the victim; provincialism has sometimes been the victor.  So it was then: so it is today.

The advantages of making available an English translation of material such as that in Dr. Bergin’s works should be obvious.  In another generation there will be practically no one in Lindsborg, Kansas who will be able to read them in Swedish.  The impact of having the first volume translated and in print ([Pioneer] Swedish-American Culture in Central Kansas by Ruth Billdt:  Lindsborg News-Record, 1965), making it available to the younger generation, has already been felt.  Shown their heritage in a language they understand, school children are eager to learn more.  They are doing their own research.  This has happened before in the area.  Some of these refreshingly candid accounts have been included in: “Part Two:  From the Files.”  These contributions are no less authentic than those written a half century ago; in fact, in some cases long essays have had to be trimmed of detailed descriptions and pertinent historical information to accommodate the limited space of this section.  Unabridged copies of these projects are on file in the archives of the Smoky Valley Historical Association in Lindsborg.  Young people have a vigor and potential that often goes untapped.  But when there is cooperation between the generations, matters move.  Age is forgotten: respect is completed and mutual.  It is then that things happen; things such as relentless curiosities poking into archives, and strong hands rebuilding dugouts. 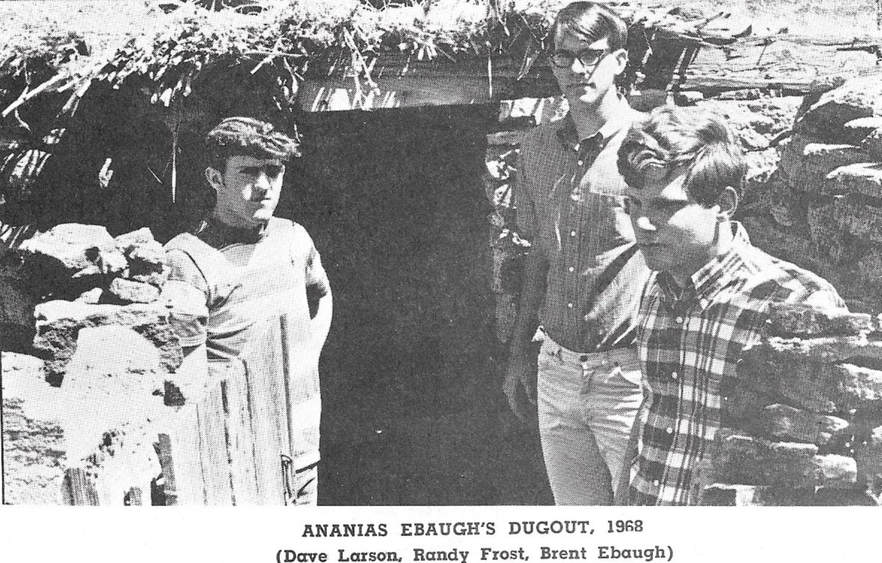 In this volume we do not intend to repeat ourselves, but will just add to that which was written ten years ago in the book, “Lindsborg, A Story of Swedish-American Culture in Central Kansas.”

We have persuaded several people to contribute to this work.  This will make the picture clearer and more dependable than if only one person were to express his feelings and opinions.

Peoples’ conceptions of the same things or events are quite different.  It is easy to misplace the events, to remember that which is advantageous to oneself, or to record situations which may be disadvantageous to another person.  Too, there are those who delight in withholding the truth from those who earnestly try to advance the truth.  It is always easier to make the right side more prominent than the dark side.  This is a characteristic of all historical records, much more so when contemporary conditions are depicted.  Our community has many failings as does every community.  So if love for one’s country and friends keep one from disclosing certain events, please do not judge too harshly.  That which is disclosed becomes public, giving those who are alive an opportunity to fill in that which they feel is lacking.

Because the congregations of Fremont and Salemsborg were organized the same year as ours, we give our sister communities representation in this JUBILEE history.  Shorter accounts from our whole conference are included because our community has been in intimate relations with every congregation in the conference.  This way the reader is given a complete picture of the work of the church and the life of our countrymen in the southwest.  If anyone feels we are boasting too much, our answer is that we do not want to make ourselves appear important, but wish to show that we are worthy to dwell among good friends and trusted neighbors.

The distressing conditions in our world lie heavily upon all.  One can sense it in this history. We hope that which has been gathered here will in some way reveal what our people have experienced during the past fifty years in this part of the country, when the “Great American Desert” was changed into a blooming and fertile garden.

We wish to express our sincere thanks to all those who have contributed in the preservation of the Swedish Lutheran church in this part of the country.  Surely someone among our descendants will testify that we have done what we could to preserve for the future the memories of the pioneer period.

May the future history far surpass that of the pioneers in every way.  May the contributions which the pioneers gave to this nation help to hold the Star Spangled Banner high among the standards that wave over the world’s free nations.

At the same time the congregation invited the Augustana Synod to hold its annual meeting here in 1919, it also decided to publish a more complete history of this settlement.  At a later meeting of the church board it authorized the pastor to carry out this work.  This pleasant task he has tried to do.  It has been done knowing that in all probability this may be the last history concerning the vicissitudes and fortunes of our people and our church in the American southwest that will be written in the language of the pioneers’ fatherland.