"The Other Swedes"
​~ Honoring Them and Remembering Them ~ The Smoky Valley Writers ~
"...the author ...was one of the few still around ...having had considerable experience in...Old Main.…"
"Soon much of this information will be unattainable if not recorded now. ...No doubt this could not have been collected anywhere else again."
Dr. Leon Lungstrom drew heavily on articles found in the Lindsborg News-Record (1901-1990) and the Bethany Messenger (1893-1990).
This is under severve revision, so some links do not work.
​Dr. Leon Lungstrom
~ Chronicling information on Bethany College's science and math professors, the College, the Museum and Old Main, from the earliest years

through his 1990 ~ His 1990 "History of Natural Science and Mathematics at Bethany College, Lindsborg, Kansas"


In his book, covering the years from 1881 to beyond 1987, Dr. Lungstrom provides a selection of seventeen (17) Bethany College science professors' biographical sketches, one of whom was from India, Professor Dr. Sundapalayan N. Devanathan; and another selection of six (6) mathematics professors' biographical sketches, two of whom were women: Professors Anna Marm and Jen Jenkins.

Dr. Lungstrom's book's table of contents categorizes selected biographies of faculty in Science and Mathematics, most of whom parents were from Sweden. in this way:

To be scanned at the end of the book are:

At the end, 4 pages are of College "Catalogue Covers," fourteen (14) pages of Old Main and two (2) pages of "blue prints" on the Nelson Science Hall are also included.  And in addition, are nineteen (19) page, single spaced, typed list of the titles of all "news articles" regarding faculty endeavors from 1901 to 1990 from the Lindsborg News-Record, from and from the Bethany Messenger, articles from 1893 to 1990 are thirteen (13) pages. 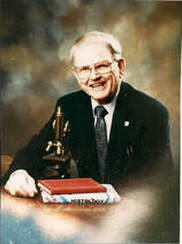