​
Artist Lester Raymer
(1907 - 1991)
~ Remembering him as the renown virtuoso artist and "behind the scenes" community supporter
​​
Perhaps American artist Lester Raymer's most meaningful and greatest painting that he created in the Swedish Lindsborg community was that of the King of Sweden on a white stallion flanked in the background by the Swedish Pavilion and the Bethany Lutheran Church.  This was painted in anticipation of the scheduled visit of His Majesty, Carl XVI Gustaf, King of Sweden, to Lindsborg on April 17, 1976.

Raymer, of English descent, was born in 1907 in the farming community of Alva, Oklahoma.  In his early childhood, he started drawing and experimenting in a wide variety of art forms.   Raymer graduated from the Chicago Art Institute in 1933 and returned to his family farm where he produced his art from his studio their until 1945, when he married artist Ramona Weddle, a Swede from Lindsborg.  She also graduated from the Chicago Art Institute, in 1936, and was teaching art at Bethany College.  They would live together in the house and studio he built in Lindsborg until his death in 1991, a year before Ramona’s death.
His Majesty, Carl XVI Gustaf, King of Sweden
by
American Lindsborg Artist Lester Raymer for the 1976 King's visit 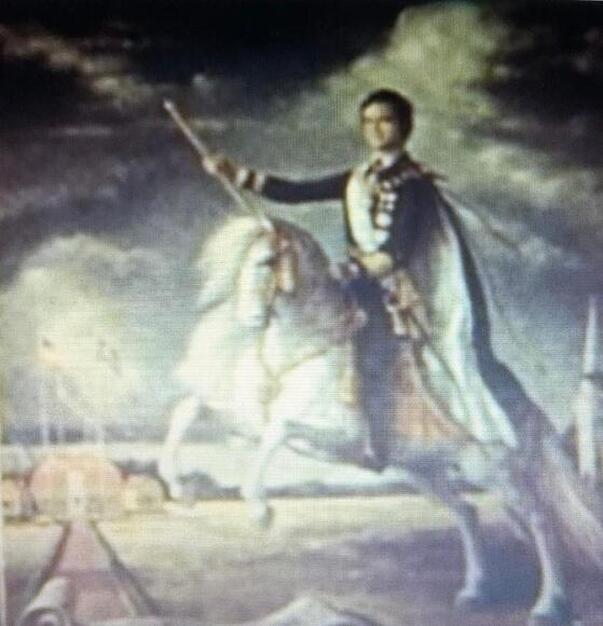 Source: KING CARL XVI GUSTAF VISIT 1976 YouTube 6/22/2009 by Chris Abercrombie
t
In short, Lester Raymer was a most gifted prolific artist and prolific in countless mediums.  His renown would spread throughout America's art world, and throughout his career he would win many awards.

His works reflected his interest in religious symbolism and folk art as well as reflecting the influence of many artists found in the American Southwest, Mexico and those great masters in Europe, especially the Spanish painters.  In the 1960s, his most common clients were churches in Kansas, Illinois, and Texas.

He was a private person, so he did very little self-promotion.  It had been said that he would say:  "My paintings do all the talking."

Raymer was a "behind the scenes" supporter of Lindsborg, contributing his gifts to the cultural endeavors and Swedish traditions found there, especially in preparation for Svensk Hyllningsfest, the biennial tribute to the Swedish pioneers.

On February 25, 1988, the Raymer Society for the Arts was established by Lester and Romana Raymer.  Mrs. Marsha Howe, a Bethany College graduate, has been the Society's only director who in turn was responsible, in 1997, for the founding of the Red Barn Studio Museum and, also, since its founding, the Working Studio of Artist Lester Raymer.  The Museum is committed to showcasing Raymer's art works, while it supports visiting artists in the Artist in Residency (AIR) program, along with providing occasional on-site art class programs, and holding periodic art auctions online.  In 2012, the Red Barn Studio was listed in the Register of Historic Kansas Places.

​​For more information on this most interesting and prolific artist and his museum and working studio, go to the Red Barn Studio Museum website HERE, Kansapedia HERE, and AskARK HERE -- the sources of which I used for this piece on American Artist Lester Raymer.

To see more on this fine museum from a traveler's perspective, go to the HERE to "The Iowa Gallivant" website.
​
- The 1976 Swedish King's Visit to Lindsborg -
​His Majesty Carl XVI Gustaf
- to learn more, click on image - 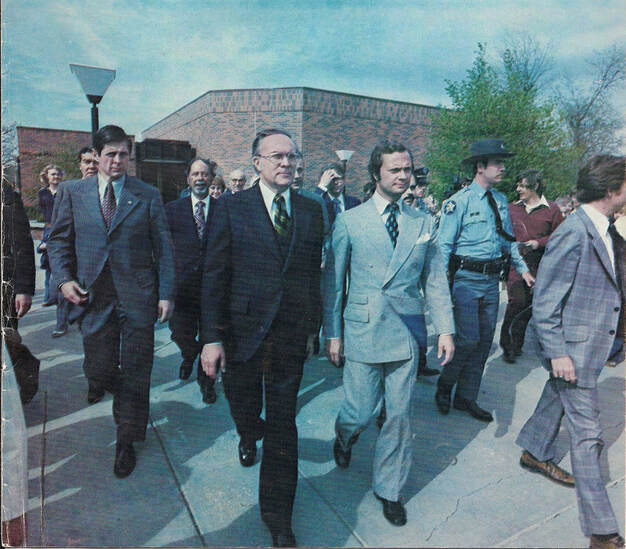 Source: The Bethany Magazine, Spring Issue 1976, Editor A. John Pearson, Assistant Estred Johnson Schwantes. Cover photo by Jim Turner of Jim Turner Photography
*   *   *
Swedes: TheWayTheyWere
~ restoring lost local histories ~
reconnecting past to present
*     *     *
All color photography throughout Swedes: The Way They Were is by Fran Cochran unless otherwise indicated.
Copyright © since October 8, 2015 to Current Year
as indicated on main menu sections of
www.swedesthewaytheywere.org.  All rights reserved.