"The Other Swedes"
Honoring Them and Remembering Them
~ The Lindsborg Swedes, Their Neighbors & Friends​​
​​
B.G. Gröndal
~ Remembering him and his photography in the earliest years of Lindsborg and Bethany College 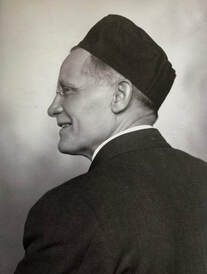 Courtesy of the Bror Gustaf Gröndal Family
​-----
​​​“Dean of Kansas Photographers”
​-----
Bror Gustaf (B.G.) Gröndal was born in 1855 in Västerås, Sweden, and after his father Johan Gustaf died, his mother Sofi Jack Gröndal moved him, at age four, and his 10 siblings to Uppsala to ensure that they would all have a good education at the University.  But B.G. was not a scholar as he preferred sports, the outdoors and loved the sea.  Therefore at the age of 14, he persuaded his mother to let him join a group of Uppsala emigrants leaving Sweden to settle in Sanford, Florida, where they were to work in the orange groves.

A variety of jobs followed this first one in Florida until he became seriously ill with yellow fever.  For a cure, his doctor suggested that he take a sea voyage. This found him on fast-cruising clipper ships where he became a sailor instead of a passenger, an adventuresome career lasting more than a decade providing a series of interesting jobs including serving as an enlistment in the U.S. Revenue Service which later became the Coast Guard.  And, due to his love of the sea, B.G. certainly had a determination with this job to sail as many of the seven seas as possible.  However, one day his life as a sailor came to a decisive end with a shipwreck which found him hanging on to a bobbing cotton bail in the Gulf of Mexico.

Moving on to Lake Michigan's Chicago where the greatest number of Swedish emigrants lived, he found employment in a waterfront store and then at a photography studio where he began to learn the rudiments of photography.  From Chicago he moved on to St. Paul, Minnesota, another haven for Swedes, where his cousin introduced him to a leading photographer Alfred Palmquist under whom B.G. learned all the particulars of photography as an apprentice.  Due to the severity of the Minnesota winters, B.G. moved south to Austin, Texas, where he met a man who had become the owner of a fully equipped portable photography studio, yet the man knew nothing about photography.  They became partners, traveling throughout West Texas producing tintype photographs during the era of the "Wild West" starting with photographs of cowboys, for cowboys!

Ready to have a studio of his own and hearing about a Swedish settlement in Round Rock, Texas, he headed there, only to find that a photography studio had already been established surprisingly by a Swedish woman photographer Sarah Margaret Noyd (1859-1945), who unknowingly then, would one day become his wife.  So he traveled six miles north to establish a needed studio in Georgetown.  Yet, back in Round Rock, a friendship developed  with Miss Noyd and B.G. through their common interest in photography and they were united in marriage on October 19, 1886, and became photography business partners as well.  Soon after, the couple was destined to live out the rest of their lives and their careers as photographers in Lindsborg, Kansas, beginning in 1887.  This was due to the invitation of Bethany College founder Swedish American president Carl Aaron Swensson who stepped into the couple's photography studio in Round Rock during a break of the Augustana Lutheran Synod convention he was attending.
​
While B.G.'s wife would eventually become a mother of their 7 children in Lindsborg, she most certainly supported him and helped him during his career, as she watched him become a most famous Kansas pioneer photographer, well known and respected throughout Kansas by other photographers for his state-of-the-art studios and his photographic craftsmanship.  In 1899 some of his work was published in New York City's Wilsons Photographic Magazine.  In 1903 a new photo mount was named after him by manufactures. In 1905 he helped found the acclaimed exclusive 12 member Kansas Photographers Club.  In 1907 he was president of the Kansas Professional Photographers Association where he would earn the title of “Dean of Kansas Photographers" as the oldest active member.

​​The photographs that he took during his 58 years in Lindsborg from 1887 to 1945 of the Kansas Smoky Valley Swedes and others, no doubt, have past on down to family members of today, and are especially cherished by those still living in Lindsborg.

He was an Augustana Lutheran Christian with a membership at Bethany Lutheran Church.
In 2006, the first to showcase B.G. Gröndal's work was the Lindsborg Old Mill Museum which featured a retrospective of his photographs, after which his granddaughter Margaret Dahlquist Eddy (1928-2017) set to work on a much-needed book on this earliest Lindsborg photographer visually documenting time there for 58 years.

​In 1973, however, forty years earlier, author and former Lindsborg Smoky Valley Historical Association Mrs. Elizabeth Jaderborg (1918-2016) are found two pieces on B.G. and his wife in her 1973 book, "Talk About Lindsborg," pages 19-22.  The first title "Sally A. Noyd" and the second "Partners for Life."

Their stories will be found ﻿HERE﻿ as B.G. Gröndal ~ Accounts by Mr. Abercrombie and Mrs. Jaderborg.

B.G. GRONDAL:  KEEPER OF HIS TIME
by his granddaughter
​ Margaret Dahlquist Eddy
2007 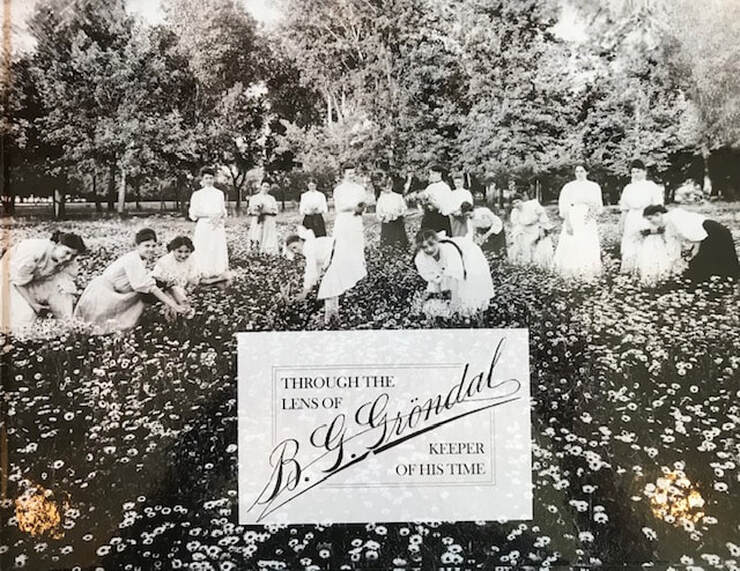 Courtesy of the Bror Gustaf Gröndal Family
​*     *     *
Swedes: TheWayTheyWere
~ restoring lost local histories ~
reconnecting past to present
*     *     *
All color photography throughout Swedes: The Way They Were is by Fran Cochran unless otherwise indicated.
Copyright © since October 8, 2015 to Current Year
as indicated on main menu sections of
www.swedesthewaytheywere.org.  All rights reserved.