​"The Other Swedes"
~ Recognizing and Honoring Them and Their Works ~
​
~ taking Bethany from the brink of insolvency to a robust reputation as a small Lutheran college ~
-  with a revitalized campus and curriculum, by initiating and overseeing innovative fundraising campaigns and academic programs -
-- Asheville Citizen-Times
Dr. Arvin W. Hahn
(1923-2017)
Eighth Bethany College President
​~ Remembering him for saving Bethany College from going under! -- 1967-1983
​~ To hosting the King of Sweden in 1976 and being knighted by him, to hosting the celebration of Bethany's Centennial in 1981!

My Class of 1968 was only to know Dr. Arvin W. Hahn for one year as he became "our third" president in our last year of college when he would hand us our diplomas.

Little did we know as students that Bethany was having grave financial problems.  Our first president from 1964 to 1965 was just finishing up 7 years (1958-1965), when our second president arrived at Bethany College.  Due to the dire financial situation of the College he faced then, this president put the "thought" out of moving the College to Colorado, which did not sit well with the "Bethany Family."  He resigned in 1967, and was replaced by Dr. Hahn who with his significant commitment to serving the College with a dedicated staff and his trust in God was able to pull Bethany back from bankruptcy and to create a, once again, flourishing institution and campus.  He would serve Bethany for 16 years, leaving in 1983.

Thus, during Dr. Hahn's tenure, nothing has surpassed the importance of these two events in the life of Bethany College; and Dr. and Mrs. Hahn were the driving forces behind their success!  To date, these events can be recorded as Bethany's most historic.  (For more on the Centennial in 1981, go HERE.) 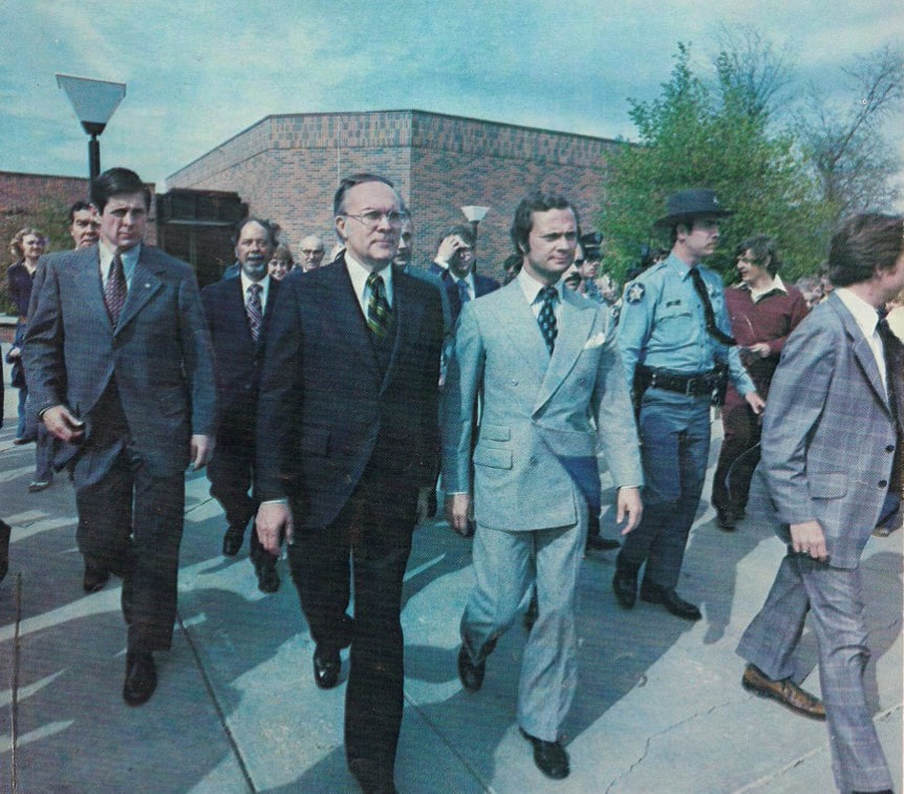 Source: The Bethany Magazine, Spring Issue 1976, Editor A. John Pearson, Assistant Estred Johnson Schwantes. Cover photo by Jim Turner of Jim Turner Photography
Knighted Personally by the King of Sweden in 1976
Dr. Arvin Hahn (1923-2017), eighth Bethany College President (1967-1983), was knighted personally by the King of Sweden, Carl XVI Gustaf, in 1976 at Bethany College on the Pressure Hall stage during the American Bicentennial Celebrations.  The King to Dr. Hahn stated: "The history of a college is also ... made by the presidents of the college-- particularly this College which was created by Swedish immigrants and supported by their descendants.  The President of the College, Dr. Arvin Hahn, has made valuable contributions to the development of Swedish-American relations in the cultural field."  The King, in recognition of these services, bestowed upon him the great honor of "Knight First Class of the Royal Order of the North Star.

Also, fourth Bethany College President (1943-1953), Dr. Emory Lindquist (1908-1992), eminent Swedish American scholar, historian and author shared the stage with Dr. Hahn and was knighted personally by the King who bestowed upon him the great honor of the "Commander of the Royal Order of the North Star."
(From Swedes' "Bethany College Swedish Knights and Honored Ladies."  Sources: Lindsborg News Record and Bethany College Magazine Spring 1976.) 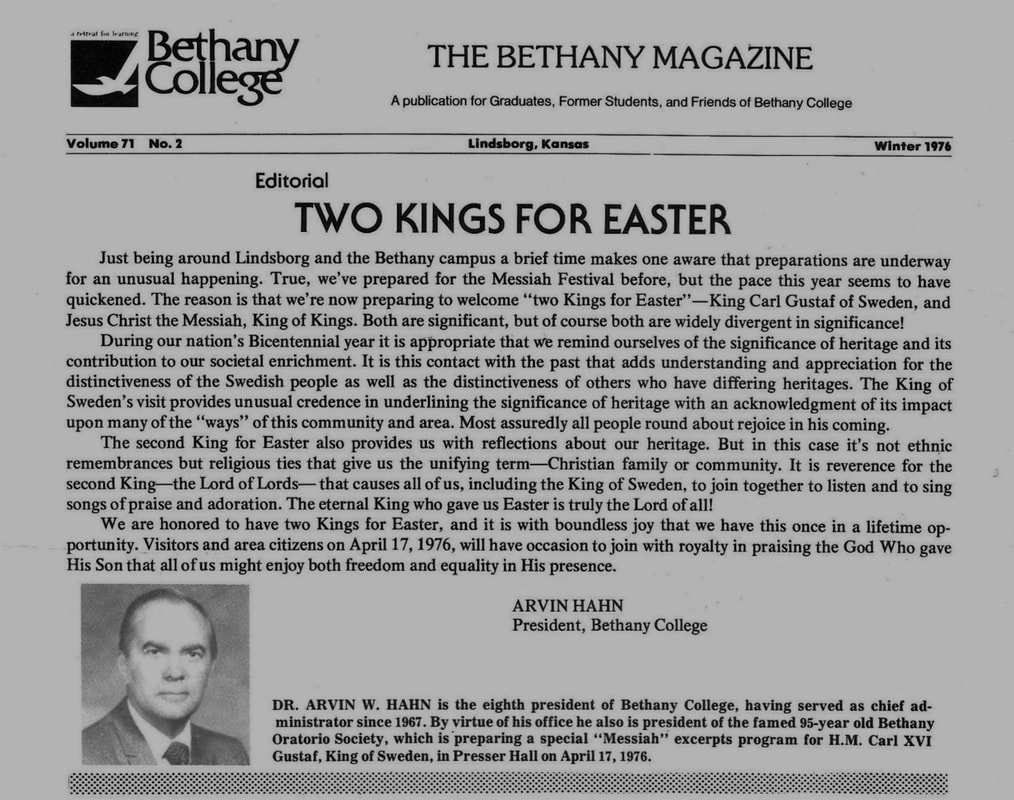 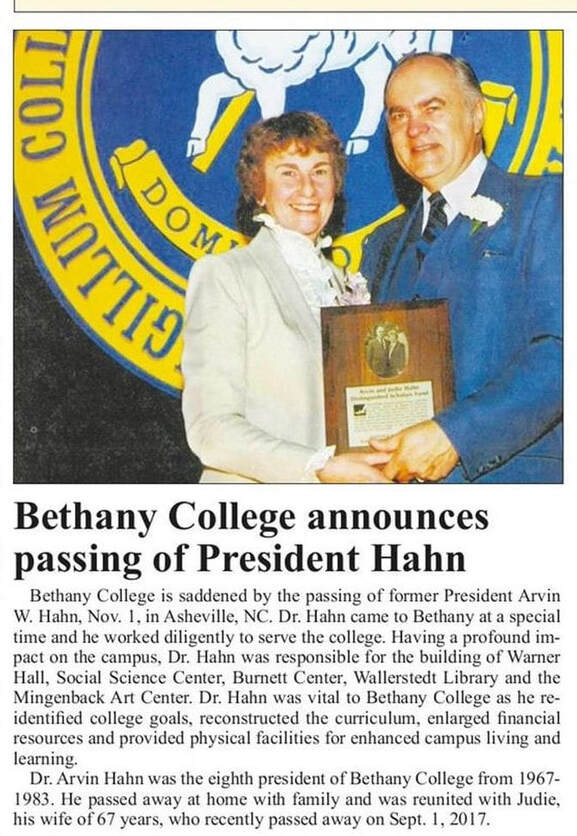