"The Other Swedes"
​​~ Honoring Them and Remembering Them ~ 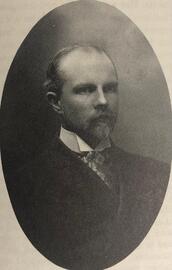 "Hagbard Brase," 40
"Upon Brase's retirement in 1946 as conductor, a well-known music critic observed that
​ one of the last of the finest type of European music masters in America had raised his baton for the last time."
*    *    *    *​
Born in Råda parish, Västergötland province, Sweden, his father was a Lutheran pastor.  He studied at Sweden's College of Skara, Stockholm's Royal Conservatory of Music and in Germany before coming to Bethany College where he was a professor of organ, harmony, and composition. He was a most gifted and famous Bethany College Oratorio Society Messiah conductor for 31 years, from 1915 to 1946, from age 38 to 69.

During his tenure, the Messiah performances continued to be recognized by cultured societies nationally and internationally, thus drawing thousands of patrons, opera stars and famous instrumentalists alike, to Lindsborg's Bethany College Messiah Auditorium, and, then, to the new Presser Hall Auditorium beginning in 1929.

​Some of these gifted persons who performed in Lindsborg were: 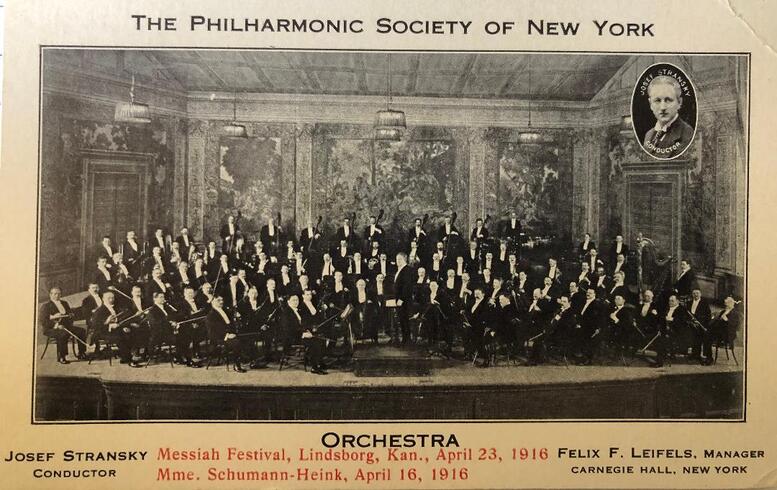 Pablo Casals (December 29, 1876 – October 22, 1973)   On April 4, 1920
A Spanish and Puerto Rican cellist and conductor who was considered the pre-eminent cellist of the first half of the 20th century and one of the greatest cellists of all time.

Frances Davis Alda (31 May 1879 – 18 September 1952)   In 1923
New Zealand-born, Australian-raised soprano, achieved fame for the first 30 years of the 20th century for various reasons and for her frequent onstage partnership to renown Italian operatic tenor Enrico Caruso.

Gregor Piatigorsky ( April 17 [O.S. April 4] 1903 – August 6, 1976)   In Lindsborg, 1941
He was a Russian-born American cellist, possibly one of the greatest string players of all time as reported by the great violin pedagogue Ivan Galamian.

Sources: Information from Dr. Emory Lindquist's 1975 Bethany in Kansas, the history of a college, Bethany College Publications Editor historian writer A. John Pearson ormer Bethany College archivist, and Mrs. Elizabeth Jaderborg's 1976 Why Lindsborg?
​Some of the highlights of the Brase period was his official introduction of the Johann Sebastian Bach's (1685-1750) The Passion of our Lord According to St. Matthew (St. Matthew Passion) repertoire performance on Good Friday during the Messiah Festival of 1929. This debut ​in Lindsborg he planned to have it coincide exactly with the 200th anniversary of the first performance at St. Thomas' Church, in Leipzig, Germany, where Bach conducted it on Good Friday in 1729.  This debut occurred simultaneously with the dedication of the new Presser Hall that day, and since that time the St. Matthew Passion has continued to be part of the Messiah Festival repertoire.

​Two years earlier in March of 1927, there was the Presser Hall groundbreaking ceremony with Prince Wilhelm of Sweden present carrying out the honors.  The Prince was so impressed with his day visit to Lindsborg and overwhelmed emotionally by the "short hour" of listening to the Messiah Chorus that he was compelled to share his experiences with other Swedes and Swedish Americans through The American-Scandinavian Review, February 1928.   Here is his touching and beautiful story.
A Swedish Oasis
by
​Prince Wilhelm of Sweden
"I have rarely heard music that has been so wholly sustained by inspired enthusiasm. The voices rang out, clear and beautiful; the orchestra was properly modulated without thereby losing any of its melodic beauty. Even the most difficult passages came off with flying colors. The unison was, in short, exemplary, and the oratorio welled forth like a mighty billow, filling the hall from floor to ceiling with beautiful harmonies. The tones lived. One could hear them vibrate with fervor and devotion, and it was easy to understand how they in this way have held generation after generation spellbound and how a whole continent can have nothing but praise for the results. It is verily as if this Messiah Chorus is dominated by an artistic inspiration, some primeval love creation that places it on a plane by itself. Possibly a musical critic with his trained ear may be able to detect a flaw here and there in the rendering; none the less, he can only give full hearted praise to the sincerity of feeling of integrity and purpose. For where enthusiasm, joined with love for the work, is found, there too is found something of the indescribable that speaks directly to the heart of men.  Then art has become productive; then it has attained its goal: to lift us outside ourselves so that we can get a glimpse of the immortality of genius and the flight of the spirit toward realms beyond the stars."
------- 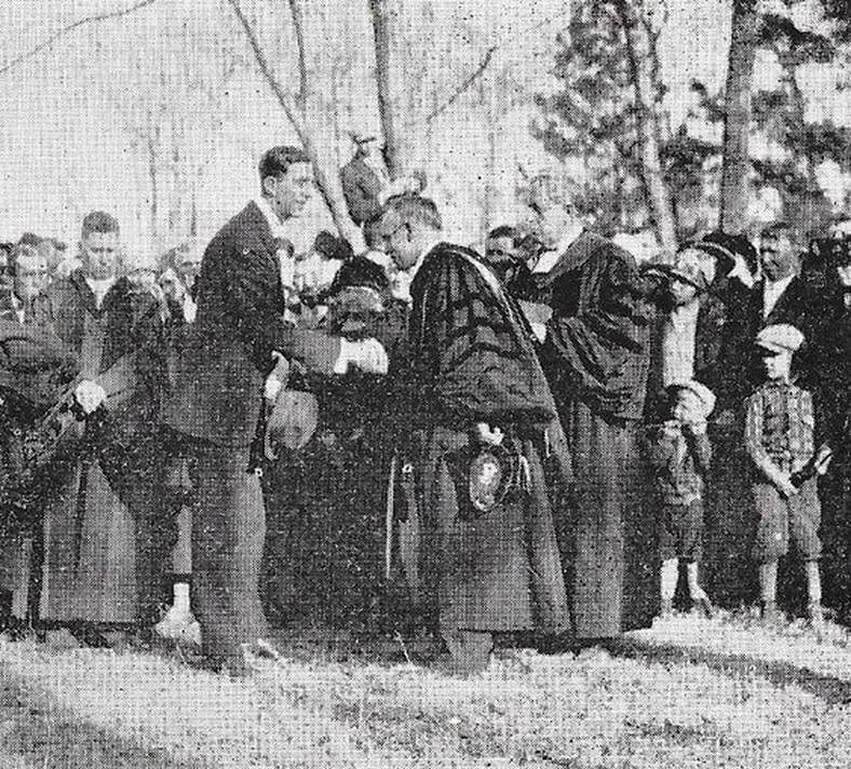 Bethany in Kansas, page
Dr. ​Brase founded the College's nationally recognized capella choir and initiated train-travel with the Messiah Chorus to audiences in the thousands in Kansas City, Missouri, Oklahoma City and Fort Riley, Kansas.  Most probably in 1916, the April 23rd visit of the Philharmonic Society of New York Orchestra and their Conductor ​Josef Stransky as guest, to perform for the Messiah with the Messiah Chorus, had to be the greatest memorable cultural event encompassing Messiah history, so far.

To summarize very well the tenure of Dr. Brase at Bethany College are the following words from Swedish American fourth Bethany College president Dr. Emory Lindquist, found in his 1975 Bethany in Kansas, the history of a college, pages 164-5:

"The longest tenure as conductor has been that of Dr. Hagbard Brase, and it was a decisive period in developing musical excellence in the “Messiah “renditions. Following studies at Skara College, Brase completed the rigid requirements at the Royal Conservatory of Music in Stockholm. He then studied in Germany. Coming to Bethany in 1900, he soon establish himself as an outstanding musician. He became organ accompanist in 1901 and conductor in 1915.

"The years of Brase's leadership were decisive. His splendid qualities of personality and musicianship, his complete understanding of the tradition and chorus, and his ability to inspire confidence were more valuable to the organization then can be adequately described. Brase's period of service witnessed great changes in society produced by two World Wars and consequent post-war adjustments.

"The interest in the Messiah at Lindsborg, however, increased under the leadership of this capable Dr. Brase. Voice tests were introduced to ensure a good quality voices. Rehearsals by individual sections were emphasized. The great Lindsborg tradition might have been of only average quality under a less capable conductor. Brase was deeply loved by members of the society who appreciated his fine character, his keen sense of humor, his deep musicianship, and his contagious enthusiasm.

"Distinguished in appearance, he walked directly to the podium, gave a kindly glance to the chorus and orchestra, and another great rendition was underway. Upon Brase's retirement in 1946 as conductor of the society, a well-known music critic observed that 'one of the last of the finest type of European music masters in America had raise his baton for the last time.' " 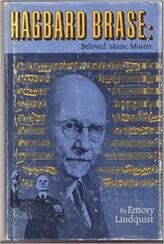 ​Dr. Brase would continue at the college as professor of organ and theory.  Yet, he would carry with him the greatest esteem and love of everyone in the Lindsborg community.  ​He would retire from Bethany College after 53 years, 1900-1953.

During his career, in 1930, Augustana College conferred upon him the Honorary Degree of Music, and, in 1947, he was made a Knight of the Royal Order by the King of Sweden Gustaf V (1907-1950) in recognition of his distinguished contribution to music.
​
To honor and recognize Dr. Brase, Dr. Emory Lindquist wrote the 1989 book, Hagbard Brase: Beloved Music Master.  ​Review it HERE. -- not yet linked. 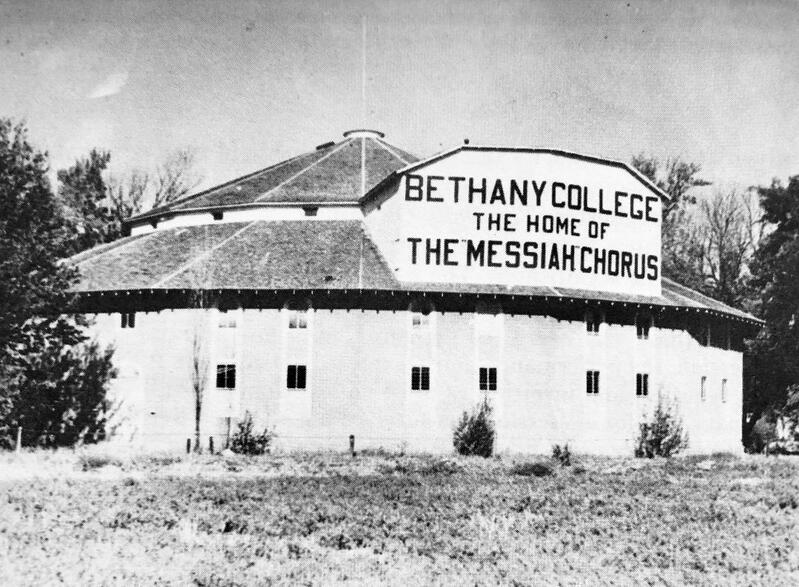 "Hagbard Brase, 56
*     *     *
Swedes: TheWayTheyWere
~ restoring lost local histories ~
reconnecting past to present
*     *     *
All color photography throughout Swedes: The Way They Were is by Fran Cochran unless otherwise indicated.
Copyright © since October 8, 2015 to Current Year
as indicated on main menu sections of
www.swedesthewaytheywere.org.  All rights reserved.