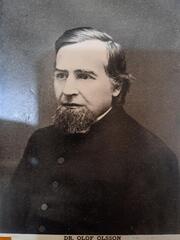 Rev. Bror Carlsson who had been a former pastor of the Church of Sweden, dedicated his 350 page manuscript, which was to be a published book, to "the Augustana Evangelical Lutheran Church with Gratitude and Respect."
​As a former Värmland  Church of Sweden pastor, Olof Olsson was destined to found
Lindsborg's Swedish Evangelical Lutheran Bethany Church on August 19, 1869.
Here is the story!

Download File
Translator's Foreword
by
​Rev. Martin Ringstrom
"When Alf Brorson visited Lindsborg in June of 1993, he gave a lecture and showed pictures taken in Sweden and in the United States.  At that time, he told the audience about his father's research on Olof Olsson and showed copies of the book, Jag Sokte Icke Mitt (I Did Not Seek My Own).  Since Brorson speaks excellent English, he was asked whether he would translate the book into English.  He said, "No, but if the book were to be translated, I think it should be done by someone whose native language is English."

I believe Brorson felt that a person born and raised in America might do a better job with certain expression that cannot be translated literally from one language to another.  I am sure Brorson would have made an excellent translation if he had done it himself, but it has been both a pleasure and challenge for me to assist with this project.

I must acknowledge the help of several persons.  First, I wish to thank my friend and brother-in-law, Pastor Robert Segerhammar, for putting the translation on his computer.  I also express thanks to his wife, Janice Houk Segerhammar, for proofreading the manuscript with particular attention to grammar and clarity of thought.  I am also grateful for an evening of consultation with friends, Ings-Lill Eliason and Mai-Britt Hawk, natives of Sweden but now long-time residents of America, who were able to Help me understand some Swedish words and expressions that were relevant in Olof Olsson's time but are now obsolete.

I must express appreciation to my friend, A. John Pearson, who introduced me to Alf and Maud Brorson.  I think he may have anticipated what has happened.

Finally, I wish to thank Alf Brorson for his friendship and encouragement.  He was able to supply me with historical information which I needed in order to understand clearly the first half of the book. This explains the use of footnotes which were not found in the Swedish version.

I have received two additional benefits from this project.  I had previous read very little about Olof Olsson or anything written by him.  I feel that I am now better acquainted with him, his life and his thought.  He was truly a humble servant of the Lord who achieved greatly for Jesus and the people of God.

Pastor Martin Ringstrom
Lindsborg, Kansas
May 14, 1994
-------------------
​Foreword
by
​Alf Brorson
My father, Bror Carlsson, was a pastor of the Church of Sweden.  At the time of his death he left a manuscript dedicated to "the Augustana Evangelical Lutheran Church with Gradtitude and Respect."  The manuscript entitled I Did Not Seek My Own contains 350 pages of typewritten material and deals with "The Augustana Evangelical Lutheran Church in the U.S. A. during the years 1860-1900 with particular attention to a Värmland native, the pioneer pastor, Olof Olsson."

CHAPTER 1
Page 1
A HUMBLE SERVANT OF THE LORD 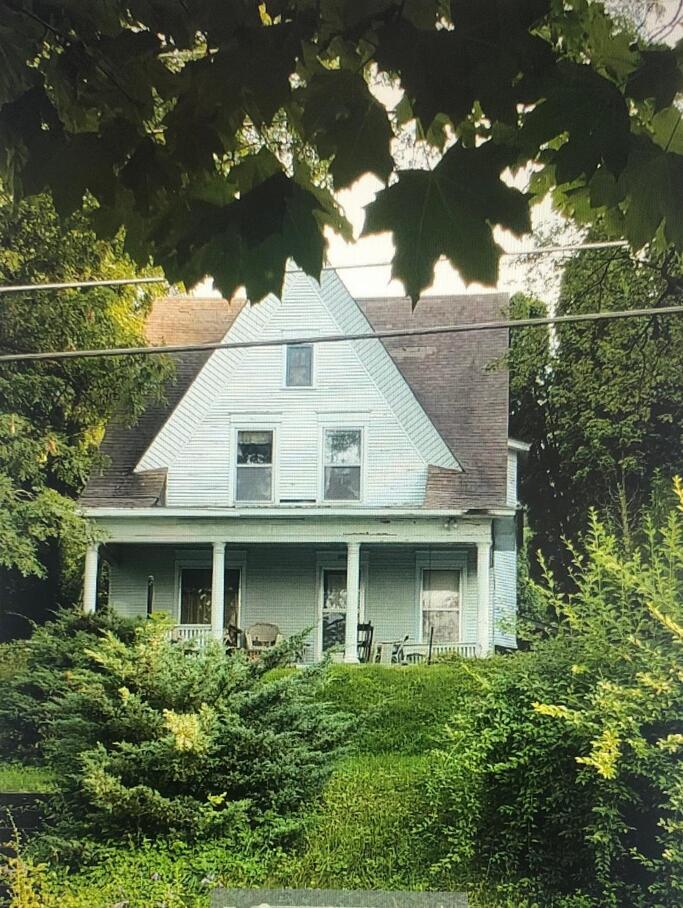 Graves of Rev. Olof Olsson and his wife Anna's at the Moline, Illinois, Riverside Cemetery,
4 miles east from Augustana College and Theological Seminary in Rock Island, Illinois,
​ where Pastor Olsson was the College's third president.
Mississippi River and Davenport, Iowa, in the distance. 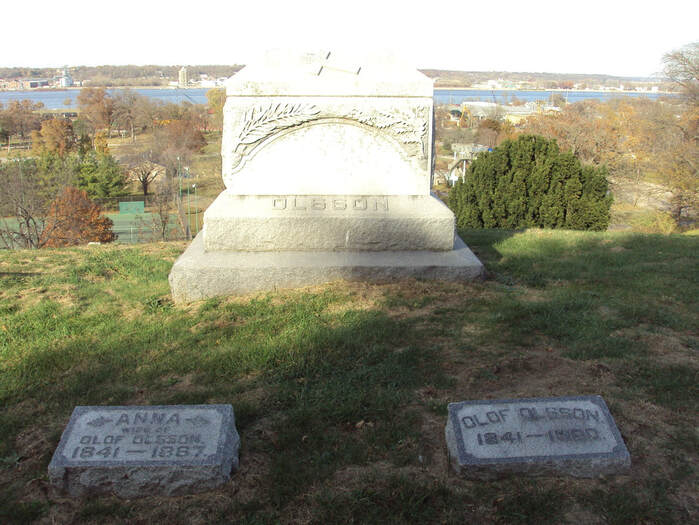