​Dr. William Holwerda
1901-1964
~ Their family doctor and Messiah Lutheran Church tributes to him

Biology Professor Dr. Leon Lungstrom's 1990 book, "History of Natural Science and Mathematics at Bethany College, Lindsborg, Kansas, devotes thirteen pages on Dr. William Holwerda who was a Dutchman, a dearly beloved citizen of Lindsborg, a city father, and a committed physician. /\   Dr. Lungstrom and Dr. Holwerda may have become close colleagues and friends at Bethany College when Dr. Holwerda began teaching classes there in 1939, a tenure which lasted to 1961. 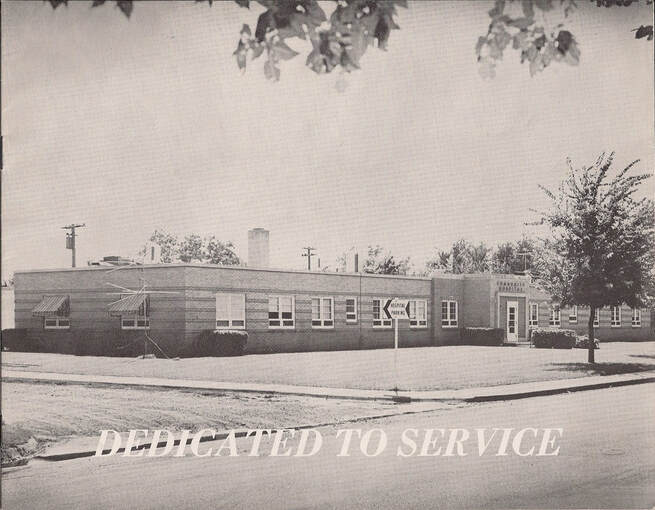 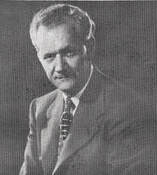 "Selfishly we might want more of his services, companionship, contributions, and witness. Still we can and will adapt to his absence. His good deeds and examples, however, will long be felt and will long follow after him. Swedes, thank God for the privilege we have had in the lifetime of service from the Dutchman, “Doc Bill" Holwerda." *****
​To learn more about this Dutchman family doctor who left such a deep and caring impression on this past community of his time, go HERE to Dr. William Holwerda ~ Remembering him as "Doc Bill," his bedside manner, his selfless contributions & ​Mrs. Jaderborg's tribute to him.
*   *   *
/\ On January 31, 2016, permission was granted by Mrs. Leon (Linda) Lungstrom the use of her husband's book in SWEDES due to the important biographies it has on early college Swedish professors, on Bethany College history, on the only recorded Bethany College Museum history, and Old Main and its blue prints.  Therefore, this information has come from Dr. Lungstrom's 13 pages on Dr. Holwerda, pages 213-226, much of what is verbatim which has been indicated throughout the text and referenced below:
​
*      page 218, paragraph 4
**     page 217 & 218, paragraphs 2 & 1
***   pages 218, paragraph 2
****  page 222, paragraph 1-2
​***** pages 225-226
Other information from Dr. Lungstrom's book: pages 214, 215, 222. 223, 224
*     *     *
Swedes: TheWayTheyWere
~ restoring lost local histories ~
reconnecting past to present
*     *     *
All color photography throughout Swedes: The Way They Were is by Fran Cochran unless otherwise indicated.
Copyright © since October 8, 2015 to Current Year
as indicated on main menu sections of
www.swedesthewaytheywere.org.  All rights reserved.