"The Other Swedes"
~  Honoring Him and His Works ~

​People still recount that it took a "Dutchman" to awaken the Swedes to the realization of their
​​great heritage of customs and traditions.*
​
Dr. William Holwerda
- a Dutchman -
~Remembering him as "Doc Bill," his bedside manner and selfless contributions 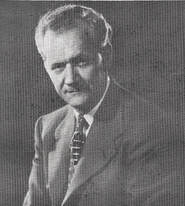 Source: Elizabeth Jaderborg aka Selma Lind: "Lindsborg on Record," 1965
Author, Bethany College Biology Professor Dr. Leon Lungstrom writes in his 1990 "History of Natural Science and Mathematics at Bethany College, Lindsborg, Kansas* on page 219 that "Dr. Holwerda was dedicated to civic duty and involvement in community affairs. He was willing to serve on committees and helped with projects in church."  Dr. Lungstrom continues on page 220.
Dr. Holwerda
was
"a charter member and past president of the Lindsborg Rotary Club,
a charter member of the Community Coordinating Council of which he was the founder,
a charter member of the Lindsborg Rod and Gun Club,
a Vice President of the Messiah Lutheran Church Council,
an honorary member of the Sigma Nu Fraternity at Bethany College,
a member of the Kansas Centennial Commission in 1961, appointed by Governor George Docking.

He served
as Bethany College’s physician for more than 20 years;
was secretary of the McPherson County Medical Society;
was local physician for Union Pacific in Missouri Pacific Railroad employees.

His parents taught him
to work humbly in deep respect and a devoted belief in the teachings of Jesus Christ.

​ He felt
a duty to his country to serve during World War II,
but was turned down due to the shortage of doctors in McPherson County,
so in addition to serving his community,
he also ministered to residents in Camp Phillips and nearby small towns."

​"Leon Lungstrom remembers one event which happened about 1932, which impressed him with the professional dedication of Dr. Holwerda.  One evening Doris Anderson, a girl from a neighboring farm family, came running breathlessly to the Lungstrom farmhouse more than 1 mile away for the purpose of using the telephone to call a physician. According to her story, her brother John was desperately ill and needed a doctor immediately. Leon’s father, after learning the details, called Dr. Holwerda and described the situation to the best of his knowledge. The seven miles of country road at that time leading out from Lindsborg to the Anderson home in the West Kentucky area was nearly bottomless from consistent recent rains. The doctor came as quickly as the terrible roads would permit him to travel. His car was required to plow through the mud the entire distance. This incident impress the entire Lungstrom family in the true unselfish professional dedication of this man."
​
Tributes to "Doc Bill" *
These tributes on pages 225-226 of Dr. Lungstrom's book.
By L. Dale Lund, president of Bethany College

The Lindsborg Community suffered a great loss last week in the passing of Dr. William Holwerda. He was not only a well-known and well liked physician, but he community leader as well.

The following tribute say much more than I can say:

Dr. William Holwerda was one of those rare men who excelled in his work and as a person. He spent himself as a medical doctor, which was his vocation and he was first concern, but he did not let his busy and successful practice prevent other worthwhile services. He gave much to his church, to community enterprises and to Bethany College. He organize projects, served on committees and he did his share of the work. He loved his family and his fellow man. He had no time for complaining or telling others how to conduct their affairs.

Doc bill was as fine a husband, father, friend, citizen and professional man as this town has ever seen. He wanted neither recognition nor fame. Had someone called him a great man he would have brushed the idea aside with embarrass amusement.

This adopted son became one of the “city fathers “in the proper sense of the words. He loved this place and it’s people. He served unselfishly. He brought the kind of blessing which only the humble, gifted and godly can bring.

By Reverend. Donald Conrad, pastor of the Messiah Lutheran Church

The stubborn Swedes encountered and were conquered by a stubborn Dutchman in the last 33 years. Besides the names of Olsson, Swensson and similar Swedish designations, a history of Lindsborg must recognize the unusual one William Holwerda. Swede-town is not the product and Swedes only, but proudly claims indebtedness to the good Dutchman who chose to come from Michigan to the Smoky Valley. Further recitation of his achievements and contributions will continue to be acknowledged and extolled.

As one who has often met this man when life‘s most crucial moments has struck, I feel honored to be asked to speak for the clergyman of Lindsborg in a little tribute to “Dr. Bill."  In addition to the valuable traits of humility and devotion to the services of his profession, he supplied frequently an appropriate faith and words of consolation to bereaved families, as well as any Christian could do. His was the gift of a sensible Christian perspective – – and this he shared with persons perplexed by situations life would impose. He believed that health meant more than physical well-being. He was concerned about the effects of one’s relationship to God in the ministry to physical health. “Doc Bill's" biography could elucidate the role a Christian is called to perform in and with his profession. Truly every Christian has a calling to expresses faith in words and deeds on and off the job – – but few have I learned to know who have fulfilled this priesthood of a believer as well as did this servant of the Lord and of his community.

Selfishly we might want more of his services, companionship, contributions, and witness. Still we can and will adapt to his absence. His good deeds and examples, however, will long be felt and will long follow after him. Swedes, thank God for the privilege we have had in the lifetime of service from the Dutchman, “Doc Bill" Holwerda.

Dr. Holwerda's Home and Doctor's Office
at
130 North Second Street
(It was destroyed by fire not long after this photograph was taken in 2010 or so.) 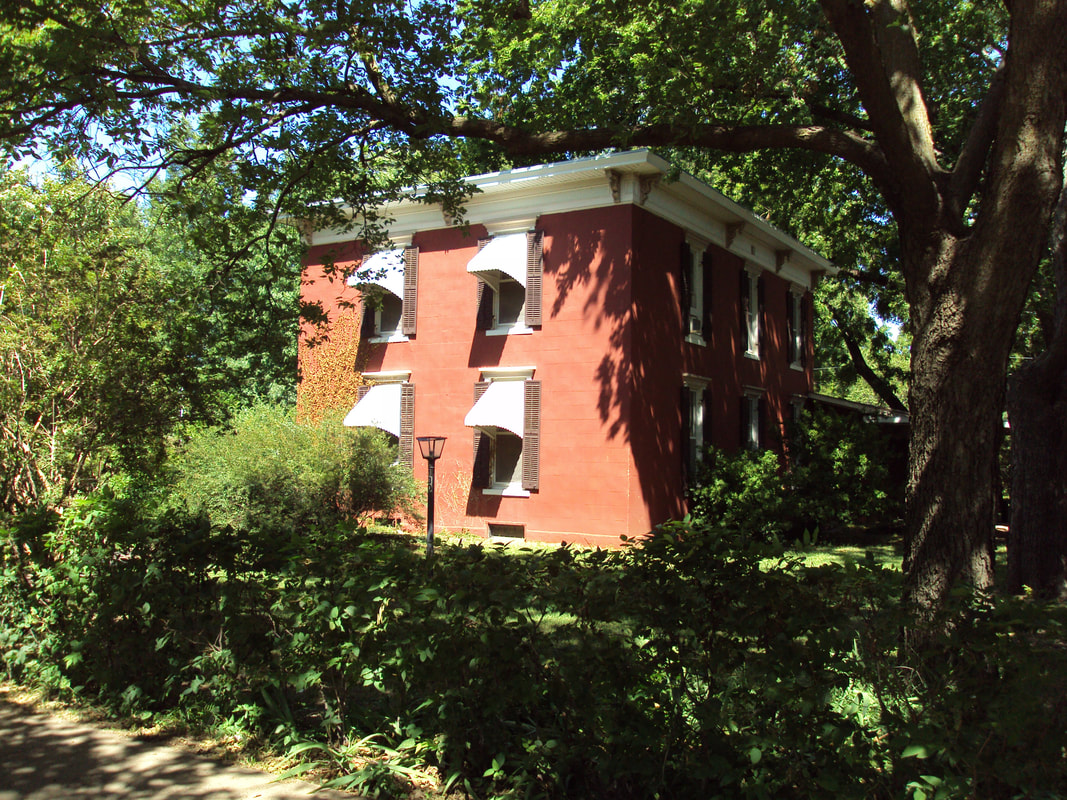 * NOTE: Thirteen pages, 213-226,  are devoted to the medical physician and Dutchman Dr. William Holwerda that are found in Dr. Leon Lungstrom's book, 1990 book, "History of Natural Science and Mathematics at Bethany College, Lindsborg, Kansas."   These two gentlemen were colleagues and friends at Bethany College.  On January 31, 2016, permission was granted by Mrs. Leon (Linda) Lungstrom the use of his book in Swedes: TheWayTheyWere due to the importance of the information it contained for the College.
Go HERE​  to Dr. William Holwerda ~ Remembering him as "Svensk Hyllningsfest" founder, begun in 1941.
*     *     *
Swedes: TheWayTheyWere
~ restoring lost local histories ~
reconnecting past to present
*     *     *
All color photography throughout Swedes: The Way They Were is by Fran Cochran unless otherwise indicated.
Copyright © since October 8, 2015 to Current Year
as indicated on main menu sections of
www.swedesthewaytheywere.org.  All rights reserved.