​​"The Other Swedes"
~ Honoring Him and His Works ~ 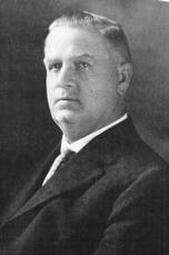 ​Stenciled Decor
by
Mrs. Elizabeth Jaderborg
In the Lindsborg City Office is a huge painting of an Indian camp by G. N. Malm. The decor around the top of the room is a stenciled design that was a product of a once thriving industry in Lindsborg.  Below is an account of it taken from the Lindsborg News Record, Friday, Feb 19, 1915: 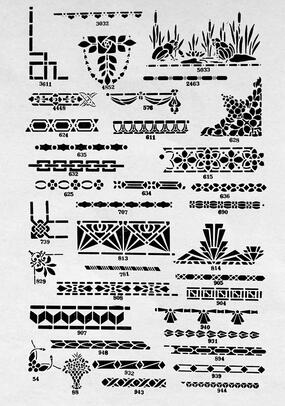 "Lindsborg on Record," page 42
SOURCES:
​*"Stenciled Decor" by Elizabeth Jaderborg on G. N. Malm from Lindsborg On Record, 1965 pages 40-42.
*Mrs. Jaderborg, a teacher at heart, made it clear that she was fine with the fact of using her work just as long as credit was given to her.  She made that clear in some of her small books, (which were created from her 350 Lindsborg News-Record articles written from 1962 to 1969) coupled with the fact that her initial incentive to write all the stories that she did was for the Lindsborg children then who were not being taught about their own Lindsborg history, (as there were several resources from which they could have used then).
*   *   *
Swedes: TheWayTheyWere
~ restoring lost local histories ~
reconnecting past to present
*     *     *
All color photography throughout Swedes:  The Way They Were is by Fran Cochran unless otherwise indicated, or obviously concluded it is not.
Copyright © 2021 www.swedesthewaytheywere.org.  All rights reserved.