~ Remembering her as "First Honored American Woman by Sweden"
~ An account by ​Mrs. Elizabeth Jaderborg* 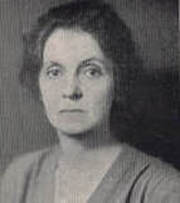 "Lindsborg on Record," by Mrs. Jaderborg, p 34
​The story to follow on Miss Alma Luise Olson is by Mrs. Elizabeth June Doe Jaderborg (1918-2016), who was the first non-Swede woman who became a Lindsborg historian, research writer, editor and author on this community's history, culture, and Swedish heritage.

Mrs. Jaderborg's interest in her own Mayflower ancestors that settled in Plymouth, Massachusetts, would take a back seat to her greater interest in the Lindsborg Swedes. For over three and one-half decades, she became a keen observer of, and researcher on, the lives lived in Lindsborg where she interviewed innumerable residents; and, it seemed, she wrote on every historical and cultural and Swedish subject found in Lindsborg.  Her endeavors resulted with more than 350 stories that first appeared as articles in the Lindsborg News-Record (LNR) between December 12, 1962, and August 22, 1969.  Most of these articles would then be compiled into 5 small books, the last of which was published in 1990.

She, also, was to become the founder of the Lindsborg Swedish Folk Dancers in 1963 and the longtime committed Smoky Valley Historical Association Secretary.

A primary factor for her writings was due to the real need she saw, maybe as she viewed it from a teacher's heart, of  informing a very busy community of their most interesting history and their "notables," as well as documenting it for them to pass it on to their children.  As the Kansas Salina Journal so importantly points this out in Mrs. Jaderborg's obituary published March 22, 2016:

​ "As a non-Swede in a community founded by Swedish immigrants who held fast to their traditions, she became intrigued by the community’s history and brought it to life for its children’s children through her research and writings."

It seems that Mrs. Jaderborg interviewed Miss Olson as that was definitely one of her research practices.  In 1965, that LNR article on Miss Olson became part of Mrs. Jaderborgs published small book Lindsborg On Record and was given the titled "​International Relations."  Then, in 1976, this article became part of another book that Mrs. Jaderborg was asked to write, Why Lindsborg? for the visit of His Majesty, Carl XVI Gustaf, King of Sweden.  It was in this book that she changed the title on Miss Olson's story from "International Relations" to "Liberated Woman."

"Permission granted to use material, if credit is included.  Copyright 1976, Elizabeth Jaderborg."

Her devoted work as a research, writer, and author of the stories of Lindsborg were her selfless gift to the community, and became a lasting tribute, especially when compiled into her five books, for those Lindsborg Swedes and non-Swedes who founded the community, developed it, educated it and preserved its Swedish traditions and culture.

So let us now read one of Mrs. Jaderborg's Lindsborg stories on a most liberated woman for her time who was married to a writing career which took her to New York City, Scandinavia and the Continent where she would meet the most interesting persons, visit wonderful places and have incredible experiences, all of which she wrote about.​
​​International Relations // Liberated Woman
by
Elizabeth Jaderborg

" ALMA LUISE OLSON "
(1884 - 1964) ​
There were only a few “outsiders“ who were close enough to Scandinavia at the beginning of World War II to understand the idea of “permanent neutralization as a preliminary contribution to peace” which had evolved there. 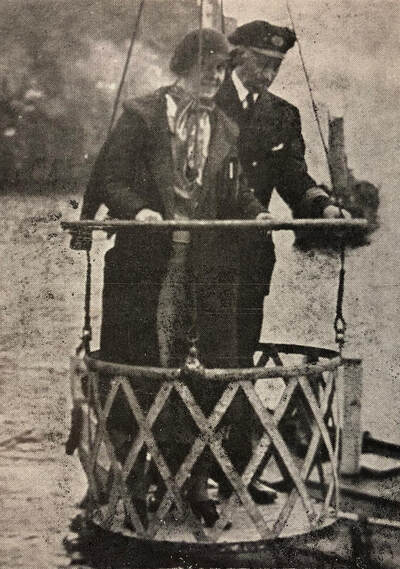 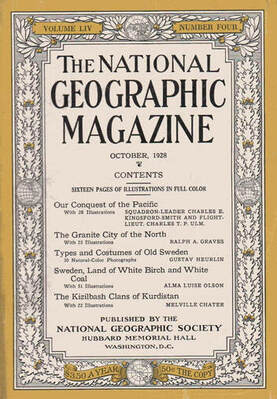 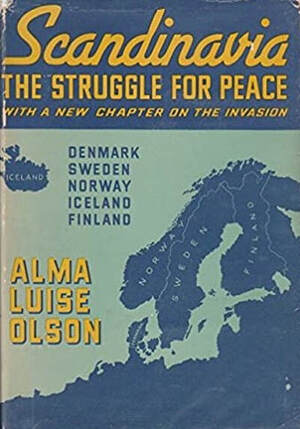 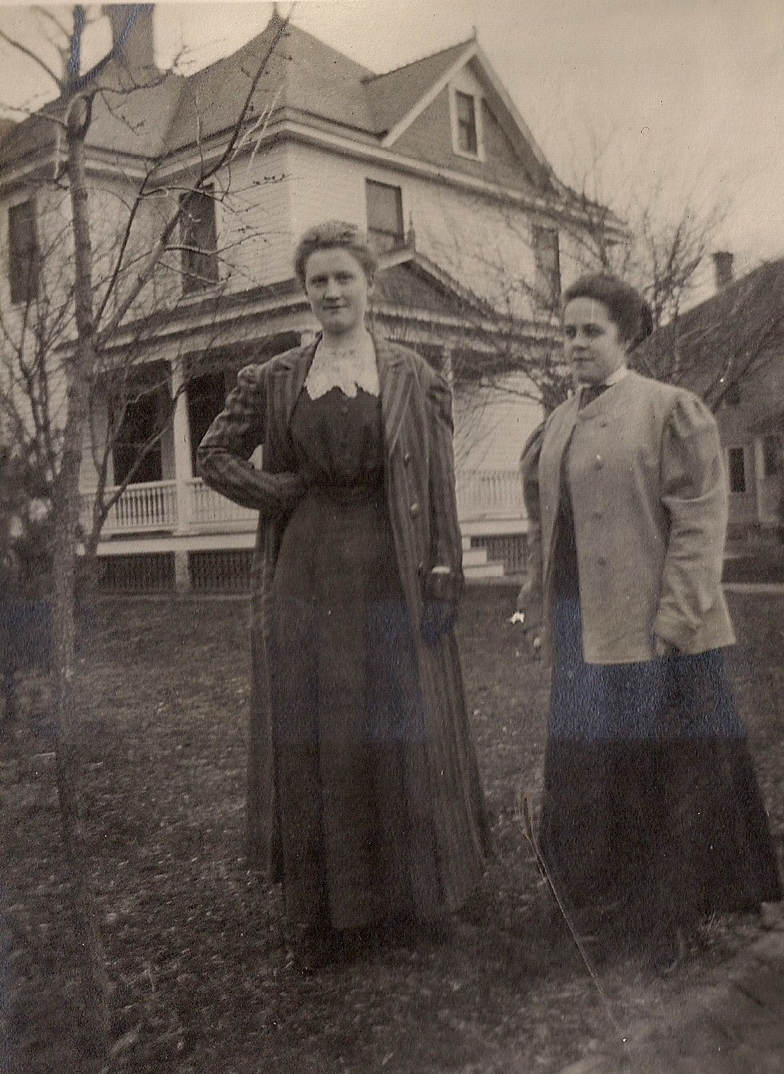 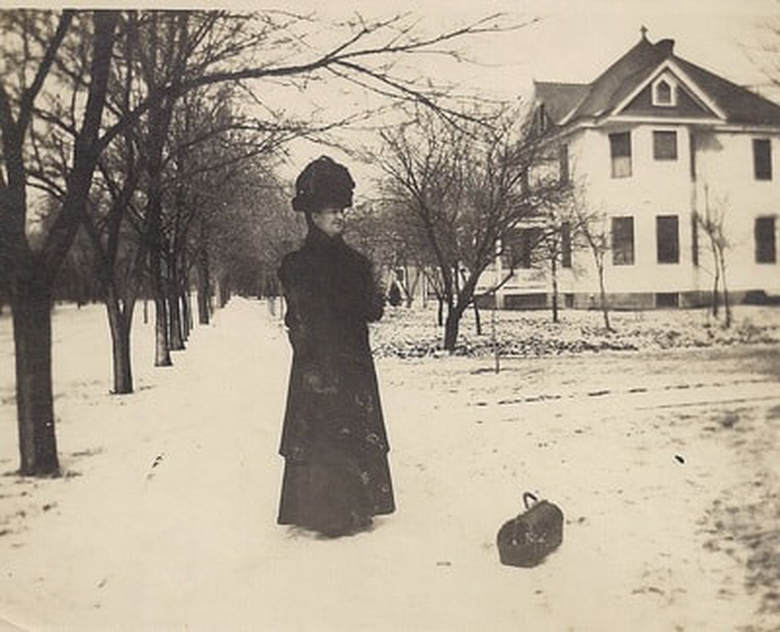 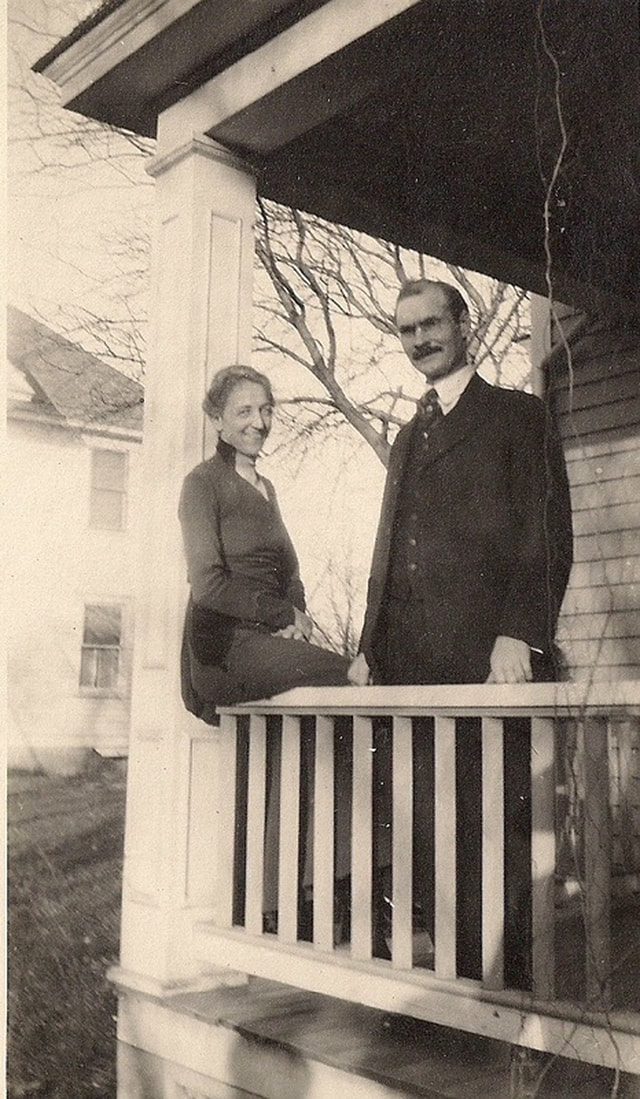 ***
- Miss Alma Luise Olson -
Recipient of the Vasa Medallion during the reign of Swedish King Gustaf Adolf
Bethany College Graduate
​University of Chicago, Master's Degree in English and Philosophy
International Correspondent headquartered in Stockholm for 12 Years for the New York Times
International author of many books, domestic author for the New York Times and for many publications
Fluent in 5-7 languages
International traveler to Scandinavia and the Continent
​Attendee to New York's United Nations' First Session 1945 and 18 more sessions
Bethany College Professor of English, Swedish, and Political Science

Go HERE for Our Sohlberg Home and Neighbor Alma Luise Olson
*     *     *
Swedes: TheWayTheyWere
~ restoring lost local histories ~
reconnecting past to present
*     *     *
All color photography throughout Swedes: The Way They Were is by Fran Cochran unless otherwise indicated.
Copyright © since October 8, 2015 to Current Year
as indicated on main menu sections of
www.swedesthewaytheywere.org.  All rights reserved.