Mr. Alf Brorson
~ Connecting Lindsborg Swedes to their "Spiritual Founder" Rev. Olsson in 2001, and to Sweden with the "Sweden Letter" since 2008
-------
Visiting Lindsborg since 1993 becoming ~ "Honorary Citizen of Lindsborg"
-------
More to be written 7 22 22
​Bill "Carlson (1930-2008) from his 2011 Lindsborg Then and Lindsborg Now reported in his Introduction regarding Lindsborg that, "Swedish resident Alf Brorson of Torsby, Sweden in the province of Värmland has written numerous articles about this subject since his first visit to our community in 1993. A teacher, writer, lecturer, Mr. Brorson has publicized Lindsborg by speaking to many groups in Sweden about our community, plus has had a number of articles about the Smoky Valley in the Sweden and America magazine (formerly known as the Bridge).  Mr. Brorson will be making his 17th visit to Lindsborg this coming summer [2011] where he was years ago, honored by Mayor Don Anderson as an "Honorary Citizen of Lindsborg."  In Swedish, his latest book is Vägen till Lindsborg (The Road to Lindsborg) in 2010, followed by An American Book.

Lindsborg News-Record, former owner and editor John Marshall from the newspaper's, Valley Voice, reported on Mr. Brorson, on April 21, 2022, in the article titled, "Foreign Correspondent."  He tells us more about Mr. Brorson as Lindsborg's Foreign Correspondent due to his monthly "Sweden Letter."  Mr. Marshall writes, " BRORSON – author, journalist, retired teacher – reports on the conditions of life and culture in Sweden, its connection with Lindsborg and the Smoky Valley, a region deeply influenced by its rich heritage. . . BRORSON writes from his “writer's cabin" near his home in Torsby, a community among the lakes and forests of Värmland province in west-central Sweden.  He has studied in Canada and the United States, has traveled extensively and his visited Lindsborg off and on for 30 years.  He has written books in English and Swedish, edited magazines and published articles in periodicals across Scandinavia.  He started writing occasional articles for the News-Record in the late 1990s.  And, his monthly Sweden letter began in 2008."
". . . Over the years, he has traced the origin and strength of Swedish heritage in Kansas in America, it’s deep influence in the Smoky Valley, it’s endurance in a passion for the arts, for local schools and governing, in the many ways of life in these communities . . ."
​Torsby, Sweden
Home of the "Sweden Letter" 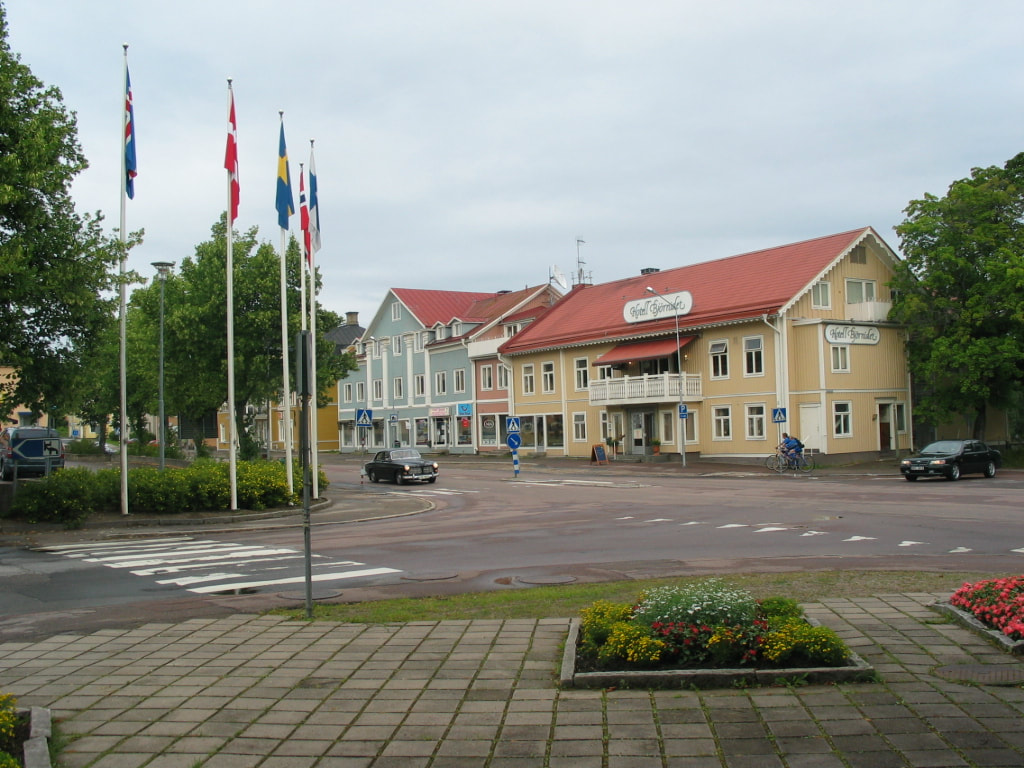