"The Other Swedes"
​~ Honoring Them and Remembering Them ~ The Smoky Valley Writers ~
NEW 6 17 22
Mr. A. John Pearson, the editor and publisher
~ A sampling of the Swedish American Smoky Valley published books

Mr. Pearson began his career in Lindsborg at Bethany College in 1970.  He was responsible for two publishing companies.  Here are some of the titles published during his tenure at Bethany and beyond, under this company.
​The Lindsborg Publisher of the "Smoky Valley Historical Publications"
​Sponsored by Smoky Valley Historical Association with A. John Pearson as manager

These are translations of writings of J.A. Pihl, a Swedish-American pioneer who emigrated to the Lindsborg community while it was still located primarily north of the present townsite, closer to Coronado Heights, especially in the Rose Hill area.  Pihl was active in formation of the Covenant Church of the community.
1989 (4.) Emory Lindquist, "G. N. MALM: A SWEDISH IMMIGRANT'S VARIED CAREER," 1989.  Hardbound.

This important biography of Malm's life and works includes his literary achievements (he is recognized as one of the most important novelists and short story writers in Swedish-America), his business accomplishments, his outstanding paintings and other works as an artist, his support and leadership of the Bethany Oratorio Society and other cooperative musical activities of Bethany College and the Lindsborg community, his Lindsborg and Smoky Valley historical and civic contributions, and his promotion of education, art collections, the Lutheran Church (he was a founder of Messiah Lutheran Church in Lindsborg), and his reputation as an independent thinker.

This historical fiction is set in Lindsborg's first three decades at the beginning of extensive Swedish-American settlements in the Smoky Valley of central Kansas, 1869-1904. Hardbound.

This book completes a trilogy.  It is historical fiction, set in Lindsborg which is a well-known Swedish-American settlement in the heart of the Smoky Valley of central Kansas, 1869-1904.

​ This is an English language translation by Martin T. Ringstrom of the book "Jag Sokte Icke Mitt (I Did Not Seek My Own)," which was published 1984 in Sweden by Alf Brorson and A-O Handelsbolag,Torsby, Sweden).
Mr. Pearson began his career in Lindsborg at Bethany College in 1970.  He was responsible for two publishing companies.  Here are some of the titles published during his tenure at Bethany and beyond, under this company.
The Lindsborg Publisher of the Bethany College Press
Sponsored by Bethany College with A. John Pearson as founder and manager
The Books and Authors
2005  (1.) Linda M. Lewis, editor, "IMAGES ACROSS THE SEA: SWEDEN AND AMERICA 2025,” , 2005.  Paperback.

Consists of essays delivered at the symposium, Images Across the Sea: Sweden and America 20025, held at Bethany College, November 17-19, 2005, in celebration of the 125th anniversary of the founding of the college on October 15, 1881.

2003  (2.)  Ylva Eggehorn, "MANUAL FOR THE ART OF LOVING TREES: POEMS BY YLVA EGGEHORN,” published with a second section “THE ACADEMY OF JOY: PAGES FROM THE NOVEL, One of These Hours,” by  2003.  Paperback
.
Author was the Pearson Distinguished Scholar at Bethany College in 2003.  The first section contains selected poems from the writer’s volumes “Child of the Sea,” “Shall we share,” “Jesus loves you,” “A letter to my beloved,” “Lydia by the lamplight,” and “A carousel with madonnas” published at Bonniers forlag, Stockholm, Sweden, between years 1963 and 2000.  The second section contains some chapters from the novel “One of These Hours” published at Bonniers 1996.  Ylva Eggehorn was born in 1950 in Stockholm, and she published her first book of poetry when she was 13 years old, and since then she became known as a poet and novelist as well as a hymn writer.  O.P.

This is only published historical book on Bethany College, founded Oct. 15, 1881.  O.P. 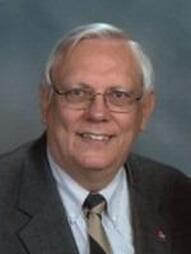 *     *     *
​"  Let Us Remember Them "
*     *     *
Swedes: TheWayTheyWere
~ restoring lost local histories ~
reconnecting past to present
*     *     *
All color photography throughout Swedes: The Way They Were is by Fran Cochran unless otherwise indicated.
Copyright © since October 8, 2015 to Current Year
as indicated on main menu sections of
www.swedesthewaytheywere.org.  All rights reserved.