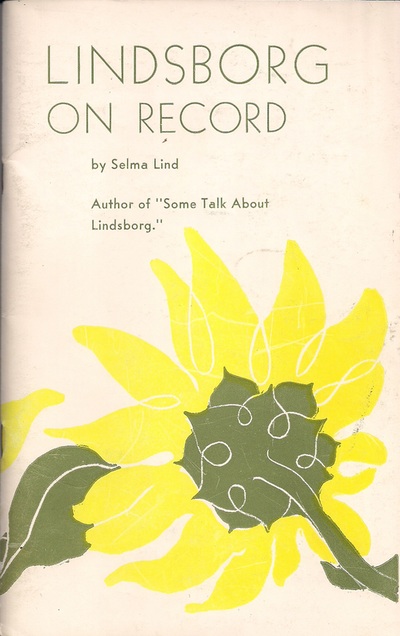 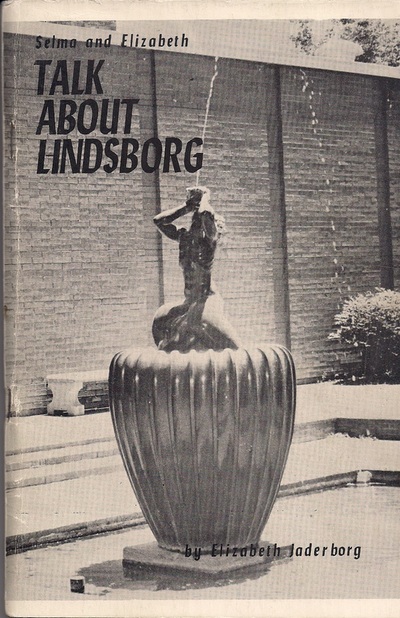 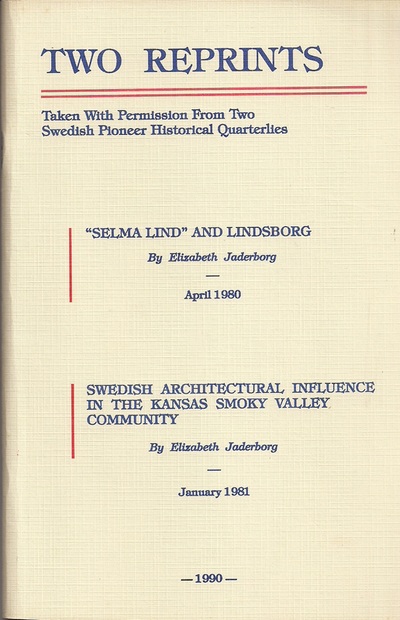 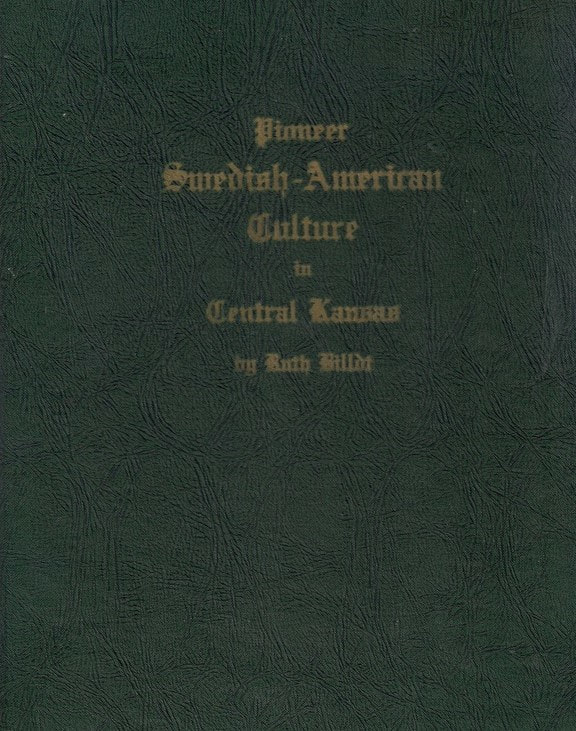 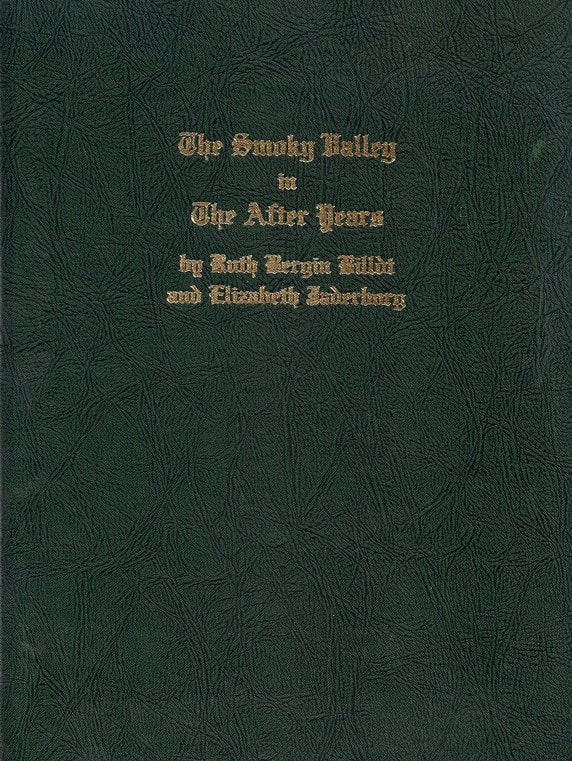 Her husband, Dr. Einar Jaderborg, would devote his entire life to education in Lindsborg, first as a teacher of English for 17 years, then the principal of the high school for nine years and finally finishing with the title of Superintendent of Smoky Valley School District No. 400 for 16 years.  He was a graduate from Lindsborg High School in 1937, then attended Bethany College until he served his country from 1941 to 1946 in Civilian Public Service at Arkansas.  He  graduated in 1946 from Bethany College with a B.A. in English and later at Columbia University in New York City, he would receive a M.A. degree and a Doctor of Education degree.  He was the son of Swedes Ella Justine Lindstrom and Bethany College Professor of Voice Thure Olof Jaderborg, Sr., well known for his base soloist Messiah performances, and lived with them and his 3 brothers in the Jaderborg mansion, Lindsborg's most beautiful home, on top a hill.

In Lindsborg, they were to have three children:  Lorilea, Elinar, and Eric.  While busy with the care of the home, her husband and children, Mrs. Jaderborg would also become immersed in this most unique Swedish American rural life, where Swedish culture, music and art were thriving.  Finding this new life so different from her own coupled with a teachers heart to impart the findings of this life in writing, she set off for a lifetime of research and writing projects which first became articles for the Lindsborg News-Record.  She stated that, between December 12, 1962 and August 22, 1969, she submitted to the Lindsborg News-Record more than 350 articles (and confessed "somewhere"* that a great deal of her incentive to write these came from the fact that the school children were not being taught about their own local Lindsborg history).  These writings were then, through the years, compiled into the 5 small historical books as shown above.

These works are most interesting and should really be compiled into one book by a professional writer or historian of today who knows the Lindsborg background, who would provide the "needed" additional notations on her works that would highlight her scholarship and her wonderful storytelling and documentation on the people, the traditions, the art and music, the church, and the building of Lindsborg in the early and later years.  ​

Her Lindsborg, Kansas, and Smoky Valley research was so extensive that it was donated to the Kansas Historical Society and not to the McPherson County Old Mill Museum.

​A large auction occurred at the Jaderborg home for the numerous pieces of valuable historical items that should have gone to a Lindsborg museum, had their been one equipped to handle them all.   This may have been the last auction of its kind from a couple who had a collection of items linking the present to Lindsborg's and Bethany College's past.  For us last-living-links to that past, it was horrible to see items go to persons who had no clue of their historical importance to this Swedish American community.

In the fall of 1969, Mrs. Jaderborg's historical novel for children, "Marmeluke Rambo Ericksson" was published.

Quite possibly, though, her most favorite endeavor may have been the founding of the Lindsborg High School Swedish Folk Dancers in 1963, who would dance their way around the country visiting other Swedish American communities and Lutheran Churches, with a "dancing" trip to Sweden every four years.

Mrs. Jaderborg held the office of the Smoky Valley Historical Association Secretary from 1963 until 1969.  During that time the Association was asked by Bethany College to clean out Dr. Deere's office and to take the materials to the McPherson County Old Mill Museum for storage.  She was assigned this task, probably the most significant of all the work she had done, in terms for ensuring the safekeeping of these historical materials important to Bethany College's history.

Out of the truck loads of important papers and items coming from Dr. Deere's office going to the Old Mill Museum, there is just one banker's box half full of his life's work.  Two other boxes remain in the Bethany College archives of his life's work. 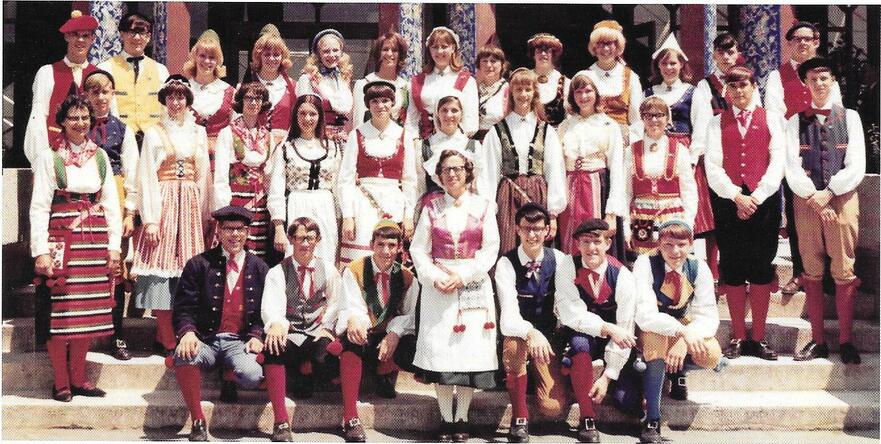 Source: Gift photograph from Lindsborg
* Source:  I read this in one of her books, and, now, cannot find it, but, I hope to in time.
*     *     *
Swedes: TheWayTheyWere
~ restoring lost local histories ~
reconnecting past to present
*     *     *
All color photography throughout Swedes: The Way They Were is by Fran Cochran unless otherwise indicated.
Copyright © since October 8, 2015 to Current Year
as indicated on main menu sections of
www.swedesthewaytheywere.org.  All rights reserved.