​Their plan was laid out in an article of the Spring-Summer 1996 Destination Lindsborg found on page 30 as presented below.

It was prefaced first with:
A black and white illustration of planted fields of Kansas farmland
with accompanied text which reads:
​Folklife Institute of Central Kansas   then   In the business of preservation of all forms of folklife! 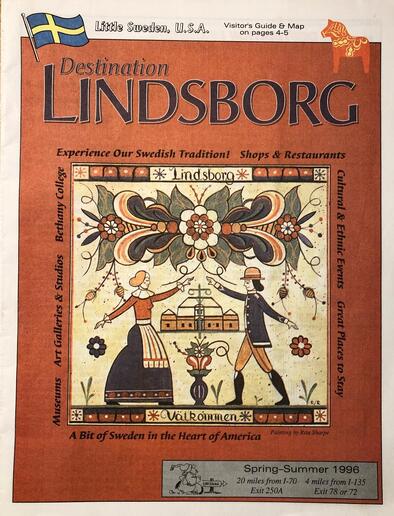 "The Folklife Institute of Central Kansas, located in Lindsborg, has been instrumental in the re-awakening of the importance of folk art and folklife in the Smoky Valley region.

"They have sponsored internationally known experts in a variety of arts and crafts to either lecture, hold classes or exhibit their works in the community. Their first woodworking exhibition brought about a renewed interest in the local craftsmen who had heretofor been known only to their family or friends.

"Their research into the different types of ljuskrona, or paper wrapped candelabra used by the early Swedes in the area, was a huge success. A traveling exhibit displayed not only those made in the U.S. but others from Sweden.

"Most recently the Institute has been instrumental in collecting works of local artists, living and dead, to be exhibited in the Leksand, Sweden Cultural Center in keeping with the “Jubilee 1996” being observed both in Sweden and America. It is a celebration of the ‘immigrants and emmigrants.

"Folklife Institute of Central Kansas has purchased an historic building in Lindsborg, Kansas for the purpose of folklife and art preservation. The Institute has provided successful programs on folklife in schools, for teachers, and students; elderhostels, workshops taught by master artists, traveling exhibitions and Swedish folk craft workshops in knife making and woodworking, collections of oral histories and much more. The time has come for them to expand their efforts and move into permanent housing.

The building will provide space for:
This project will require:
"Built in 1906, the Folklife’s building has been a U. S. Post Office, City Hall and jail.  Most recently it was headquarters for a rural electrification business. $53,000 for 6,000 sq ft. of space is fair market value… but the renovations will be extensive and expensive.

"To date, the Institute has depended upon volunteers, grants and donations to keep the many and varied programs provided to the public. Folklife Institute of Central Kansas is a not-for-profit 501 (c) (3) corporation, founded in 1989, dedicated to research, preserve and present the Folklife of Kansas. 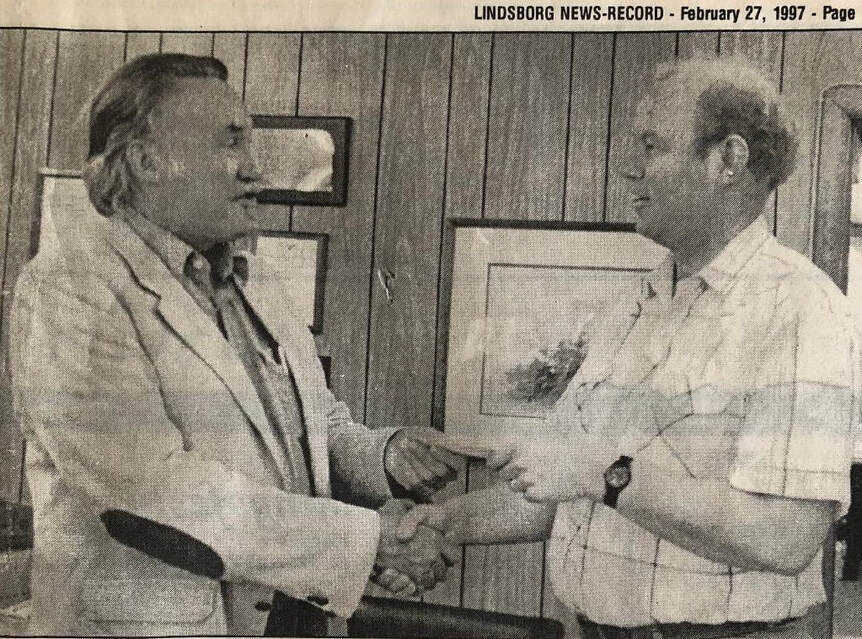 In the late 1980s, through the Institute's and Center's founding members, Lindsborg had been on the cutting edge of meeting some of these concerns head-on.  In this rural community setting for 3000, they were way ahead of the pack.  For, in retrospect, Dr. Swenson and Mr. and Mrs. Esping could be looked upon today as pioneers and scholars in this new discipline.  We live in a world now where the study of cultural sustainability issues and the solutions to resolving them is now a well-established discipline that is being utilized all over the world from diverse ethnic groups, found in both rural and metropolitan populations.  Many of these groups have been taken under the wing of the Smithsonian Center for Folklife and Cultural Heritage where ethnic advocacy and support is found.  This, in turn, provides guidance for solutions to each of the dire cultural sustainability issues at hand.

Headquartered in Swedish Lindsborg, the Swedish-American Folklife Institute was a one-of-a-kind rural Institute serving a rural ethnic population that distinguished itself by having such a significant national and international reach.  It had not only become a hub for Swedish folklife endeavors in Central Kansas, in a broader sense it could have grown into providing guidance to some of the folklife cultural needs of Swedish Americans living in the bordering states of Colorado, Nebraska, Missouri, and Oklahoma, and even "the almost" bordering states of Wyoming, Iowa,  Arkansas, Texas, and New Mexico, had there been the needed funding and professional support and guidance behind it.
​
The Swedish cultural heritage contributions of the Institute will not be forgotten as they had made themselves known across the country and in Sweden.  Their seeds had been planted in good soil which produced an abundant harvest in the past and it may still, in some form and some way, produce another abundant harvest in the future!

Finally and appropriately are these closing words by the Director: