"The Other Swedes"
​~ Honoring Them and Their Works ~
Needs proofing and more work 5 4 22
Why did thousands flock to Lindsborg for those "Messiah Performances?"
~ An account by Mrs. Jaderborg
There were 350 stories that Mrs. Elizabeth Jaderborg wrote for the Lindsborg News-Record that found them creating 5 small books, her "anthology," "Why Lindsborg," is one of them.  It was created for the Lindsborg, Kansas, American Revolution Bicentennial Committee in 1976.

In it in chapter 14, "THE NOTABLES ~ Messiah Week, et cetera," can be found the answer to the question in the above title.
​
THE NOTABLES  ~ Messiah Week, et cetera
by
Elizabeth Jaderborg
​
As the 1882 “Messiah Week" tradition evolved into greater and greater proportions, more and more notables from (among other places) New York, Philadelphia, Chicago and San Francisco appeared as attractions for the event. . . This should not be regarded as accidental. It happened because there were those who could write publicity and because there were those who took care of the correspondents personally after they arrived in Lindsborg to cover the events.

In 1893, his wanderings and arguments convinced a young and versatile artist and non-professional writer in Omaha, Nebraska, a literary sparring partner of his in Chicago’s Svensk-Amerikanaren, that he should come to Lindsborg to live and work. G. N. Malm, a native of Jönköping, Sweden, arrived in Lindsborg, bag and baggage and bride in that year.  He set up a successful interior decorating business and entered enthusiastically into community and college projects.

Both Swensson and Malm wrote for long hours day and night. Sometimes it was personal correspondence; sometimes it was material to be published. They wrote for Korsbaneret, Prarieblomman, Forgat-Mig-Ej and Svensk-Amerikaneran-Tribune (Chicago).  They lured such people as Carl Sundbeck, Charles Peterson, Mr. Linder, Mr. Norman, Eric Westman and Mr. John Selby (Kansas City Star) to Lindsborg for Easter Week performances.

Julius Lincoln, Dr. Swensson, Carl Sundeck, Ernst Pihlblad, Ernst Olson, G.N. Malm, Terrance Pihlblad, Emory Lindquist, Elvira Larson, Jessie Ash Arndt, F.A. Behymer, Oscar Lofgren, Elmer T. Peterson*, Howard Turtle, Irene Swenson, Ellen Strom, Anna ("News-Annie") Carlson**, and Prince Wilhelm of Sweden were among the contributors of articles about Lindsborg to the many publications.  The Life magazine coverage in 1939 was brought about by Herbert Gehr, a photographer for the magazine at the time.  It featured not only Lindsborg's 1939 Messiah Week, but Lindsborg's artists as well. (Oscar Gunnarson's carving and the real-life model, local undertaker, Arvid Danielson, were featured on the Life cover in 1956 with a story on the artist and more pictures inside.)

There are, of course, hundreds more.

​Many others do not come on official visits: they just slip in and out of town enjoying their anonymity.

Several of the authors listed above have included thorough descriptions of the Messiah experience in Lindsborg.  In one of John Selby's novels, he has a noted guest artist, a soprano soloist from New York, come out to a facsimile of Lindsborg to sing the Easter Sunday afternoon concert.  She thought she was coming out to sing for Indians in blankets and Swedes in homemade boots.  After her concert, the soloist was invited to sit in the Honor Row (first row straight back in the balcony reserved for dignitaries) at the Messiah concert Easter Sunday evening.  Reluctantly, she agreed to stay.  It would be a bore--she had sung the soprano solos herself eighty-eight times.  After a weak tenor beginning, the chorus stood up and gave itself to, "And the Glory of the Lord."  At this, the soloist suddenly sat up and took notice.  After the performance, she met the conductor in the anteroom.  "I didn't know a chorus could sound so!  I honestly didn't"  The conductor's modest reply was:  "Madam, we believe!"  This is supposed to have been a true incident.

The most famous explanation of why famous people, especially musicians, have been thrilled with Lindsborg, returning again and again, is summed up in the famous comment by Mme. Ernesting Schumann-Heink, who was in Lindsborg on three occasions.  She said:  "America has no other Lindsborg:  I want a part of this one." 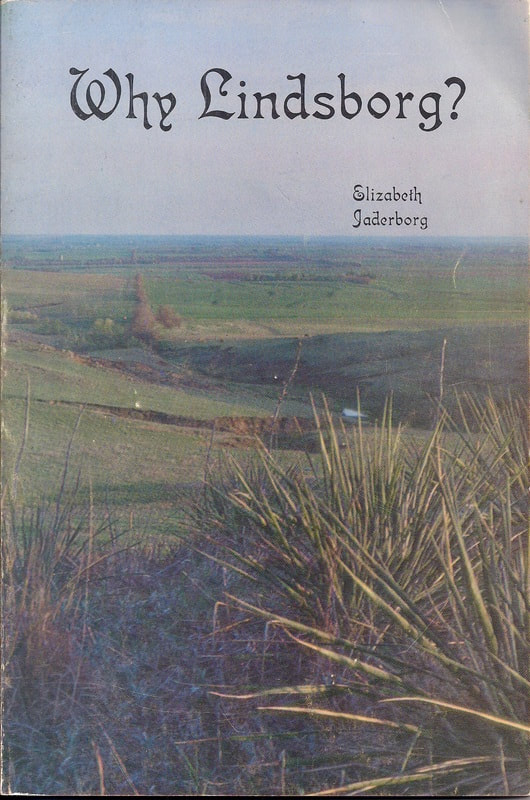