Swedish Immigration Story, 1854
Who They Left Behind
With Anders Gustaf Sohlberg's and Ingrid Elis Anderson's exciting decision to go to America came the fateful reality that they would never see their families again. The only letters from the Sohlberg Deere Estate are from Anders' brother, Ulric and his family.  If Ingrid was receiving correspondence from her family, we have yet to find a letter.

This photograph is of Ingrid's home in Bårarp, Sweden,  and it was there that she and Anders had their wedding celebration on Midsummers Day, June 24, 1854 with 100 guests present.  These were the people they would leave behind.
Ingrid's home in Bararp, Sweden 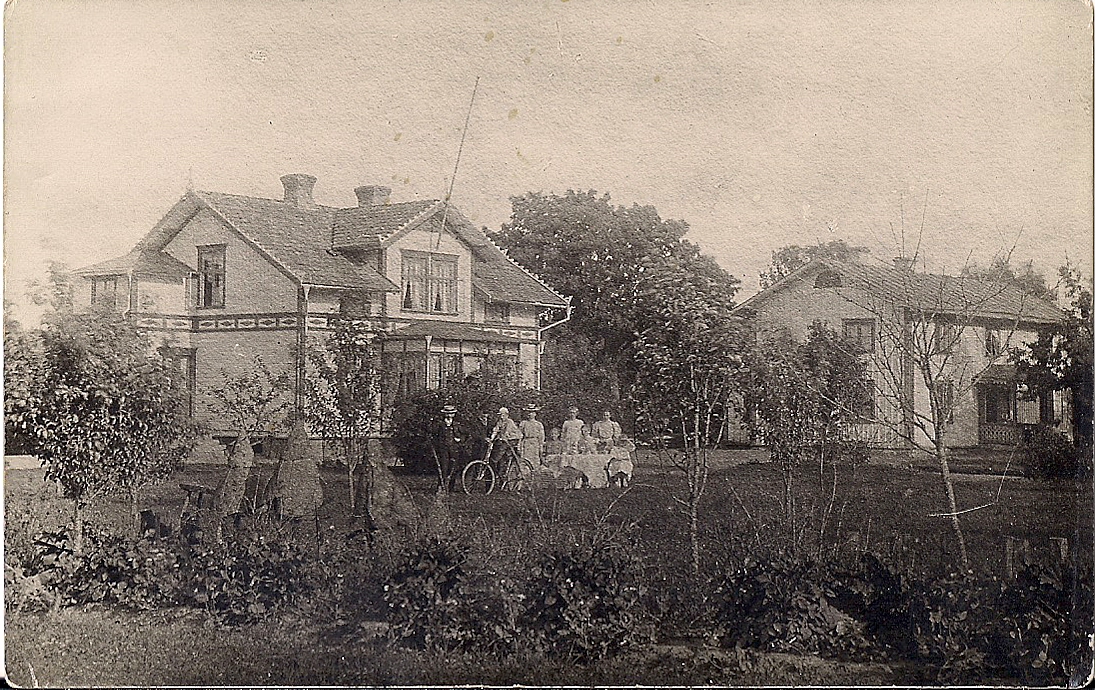 Not far from Bårarp, they would travel to Jönköping to begin their honeymoon journey from Sweden to North America.

The Ulric Sohlberg Family of Kosta and Stockholm 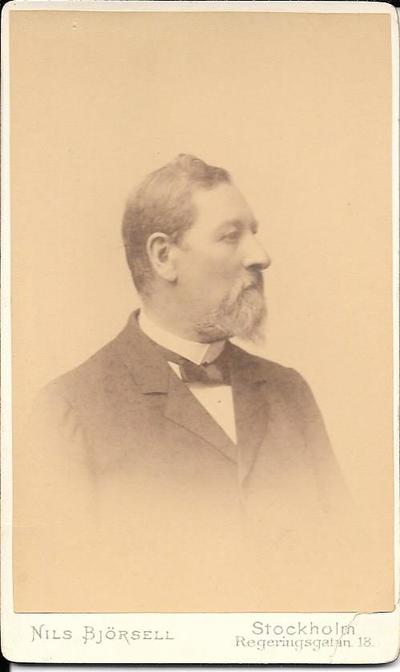 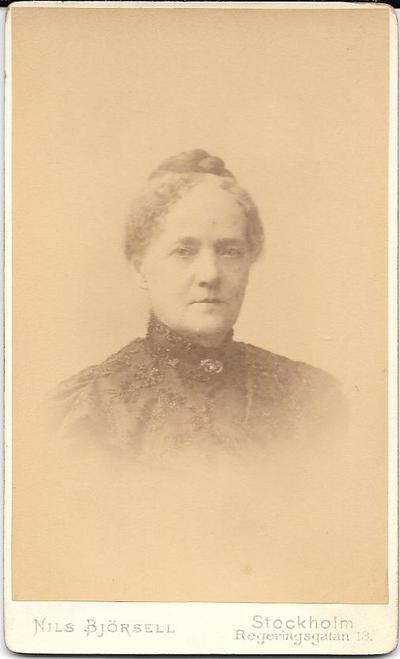 Daughters
Alma, Nina and Emma Sohlberg
They were seamstresses and embroiderers and would take their "samplers" of gold thread embroidery to the
Royal Palace in Stockholm and elsewhere for commission work with the Swedish government. 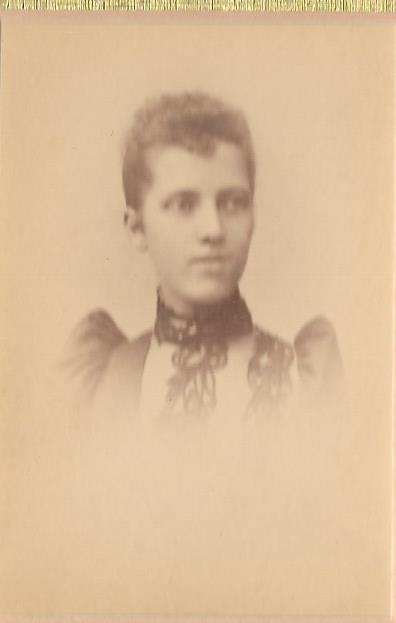 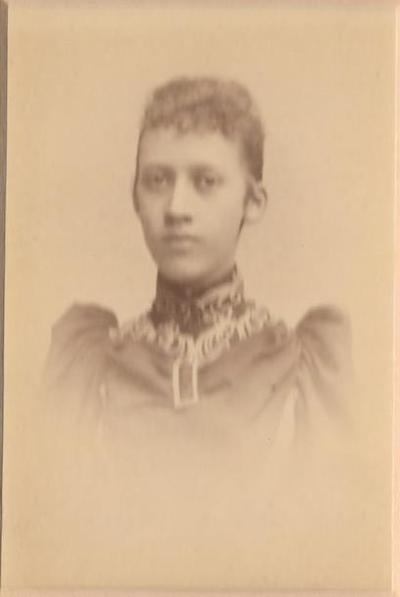 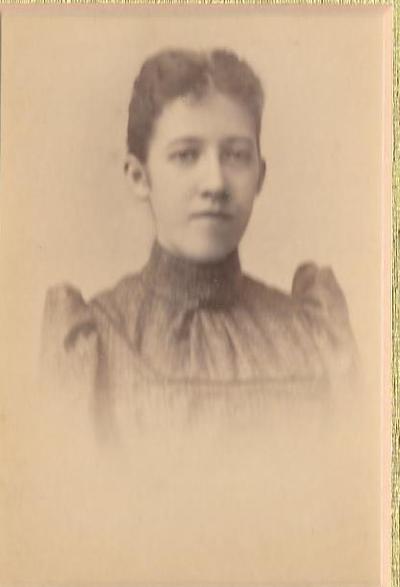 Sons
Ernst Sohlberg
seated on left
He would immigrate to America, to McPherson, Kansas in 1885. 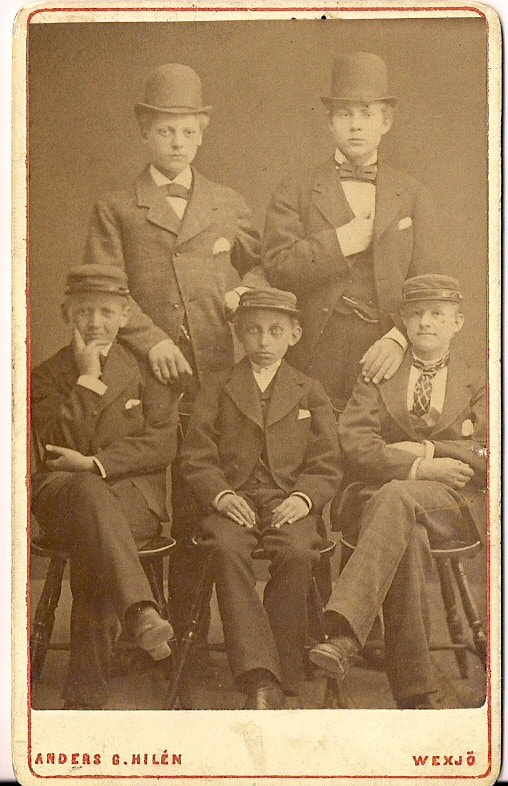 Bror Sohlberg
Unfortunately no information has been found on this son.

Final resting place at norra begravningsplatsen in Stockholm
for
Ulric, Antoinette, Alma, Nina, Emma, Bror
They are all buried together in a family grave that is unmarked now,
since there has been no one to pay for its maintenance since 1955.
Ernst final resting place is at Woodlawn Cemetery in Santa Monica, California with his wife Selma.
*     *     *
To go to From Sweden With Love Collections, go HERE.
*     *     *
Swedes: TheWayTheyWere
~ restoring lost local histories ~
reconnecting past to present
*     *     *
All color photography throughout Swedes: The Way They Were is by Fran Cochran unless otherwise indicated.
Copyright © since October 8, 2015 to Current Year
as indicated on main menu sections of
www.swedesthewaytheywere.org.  All rights reserved.