It was here at "Ladies Dormitory" as it was called formerly, then named after Major Lane Hart whose indirect large donation was substantial enough with other smaller ones for an addition to the building in 1899, that Lydia began to take photographs of dorm and campus life, the compositions of which reflected a fun spirit, and a love for the students and the life she lived on the Bethany College Campus.
- Lydia's ladies on the fire escape of Lane Hart Hall - 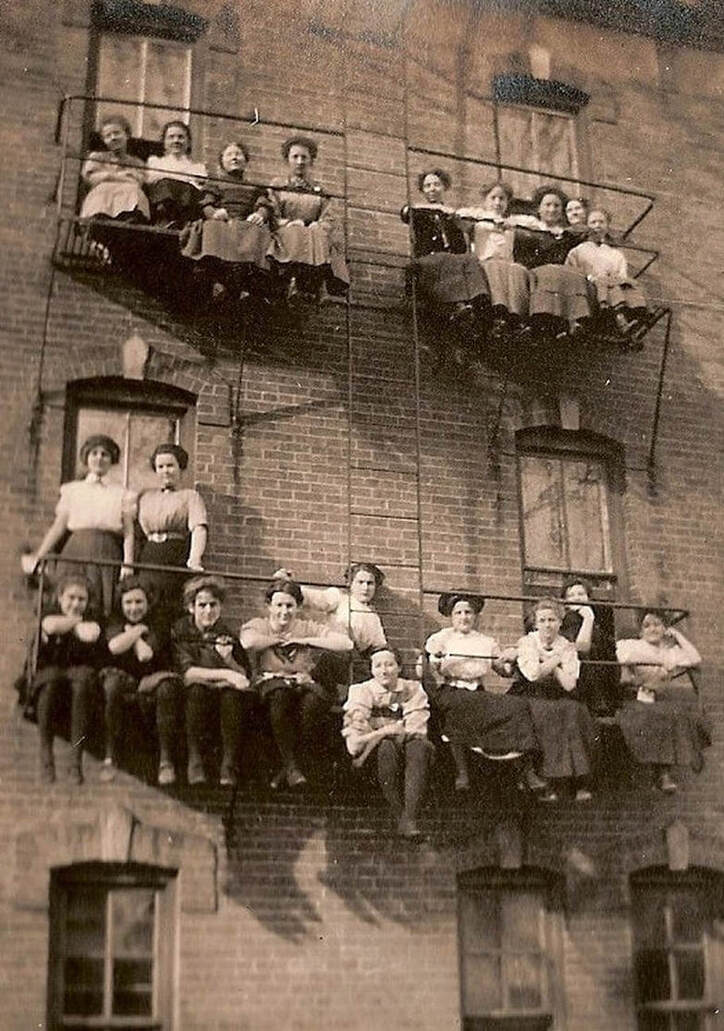 Fourth Swedish American Bethany College President Dr. Emory Lindquist writes on the beginnings of this building in his 1975 Bethany in Kansas, the history of a college on page 9 as follows:

"The continued growth of the school made it essential to provide additional facilities.  In January, 1883, the board of directors decided to add a building which would involve a cash outlay not exceeding $5,000.00.  Stone was quarried without cost from the bluffs [Coronado Heights] northwest of Lindsborg.  There was a generous response from farmers and others in quarrying the stone, hauling it to the building site east of the park, and in building the structure.  The structure, presently the east half of Land Hart Hall, was ready for occupancy when school began the first week in October, 1883.  It was dedicated in a well-attended Luther festival October 16 - 17.  This was a two-story brick and stone building, 35 feet wide and 60 feet long, containing a basement which served as a dining room, classrooms, and two stories of dormitory rooms in which men students were housed.  The building was steam-heated."
- Lydia and her ladies in front of Lane Hart Hall - 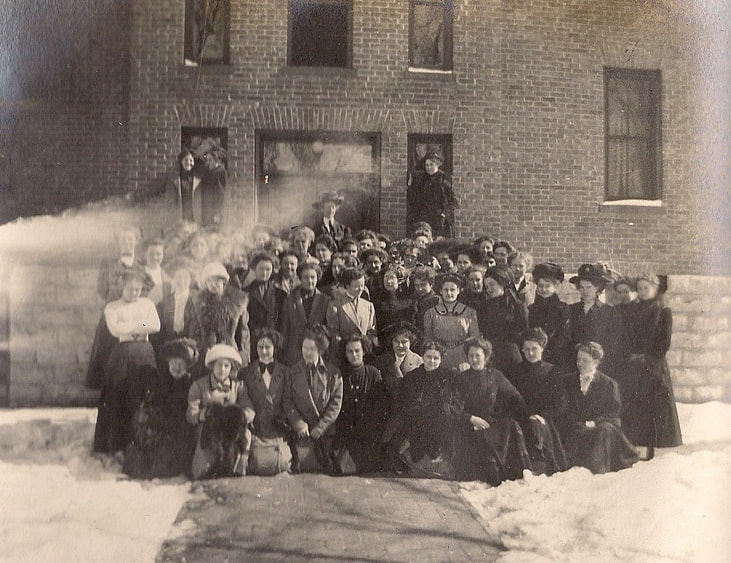 Lindquist continues on page 32 concerning the "1899 Addition" to the "Ladies Dormitory:"

"In 1899 a further demonstration of Swensson's faith in the future resulted in the rebuilding and expansion of the Ladies Dormitory.  The Brusnwick Hotel, a gift of Major and Mrs. Lane Hart, had been sold to George and Sam Shields for $3,5000.00.  This amount was added to other funds and with much free labor a third story was added to the girls dormitory and a new three-story structure 40 ft. by 50 ft. was built adjoining the original building on the west.  The Ladies Dormitory now had a large public reception room, fourteen music practice rooms, and accommodations for almost ninety women students.   Bethany's physical facilities were growing to accommodate the increased enrollment and academic program
- Lane Hart Hall in its simple yet elegant Swedish-like design - 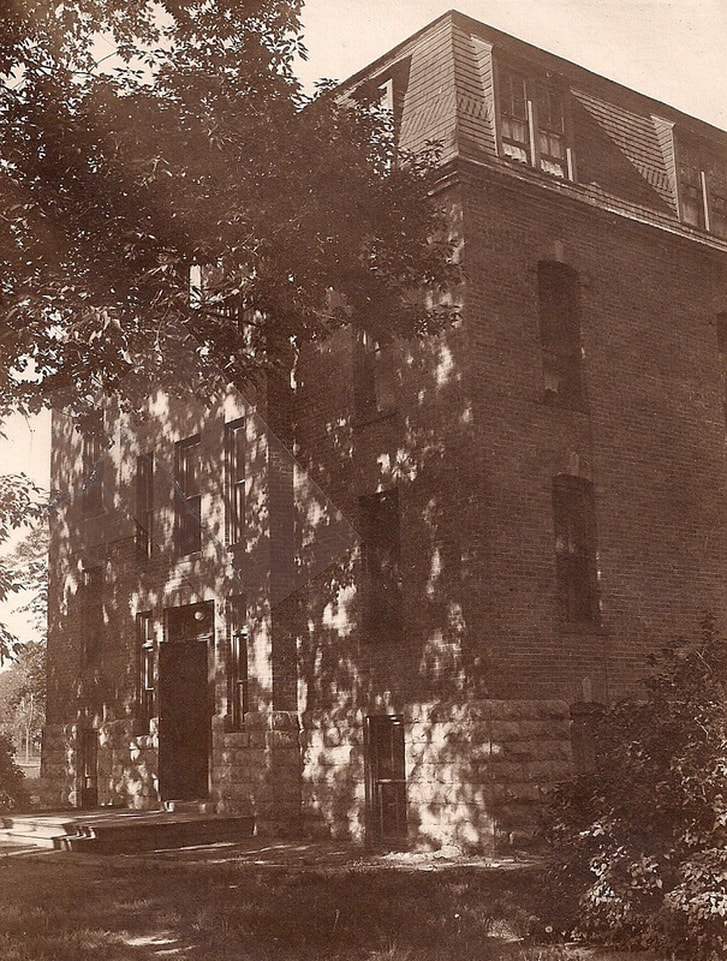 The top story, I believe, is of a Swedish-like design due to the photographs below.
Jönköping, Småland, Sweden
(Taken in June of 2017)
​- Dress-up and Cross-dressing for ALL at Lydia's Lane Hart Hall -
a pastime of fun and frivolity 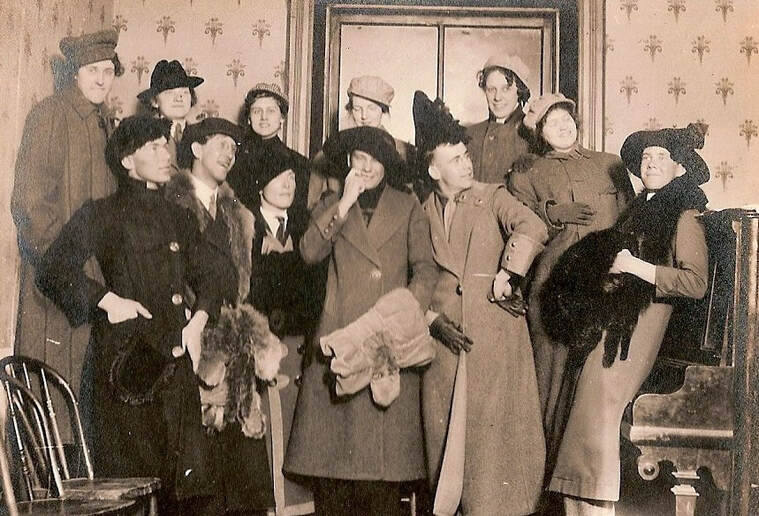 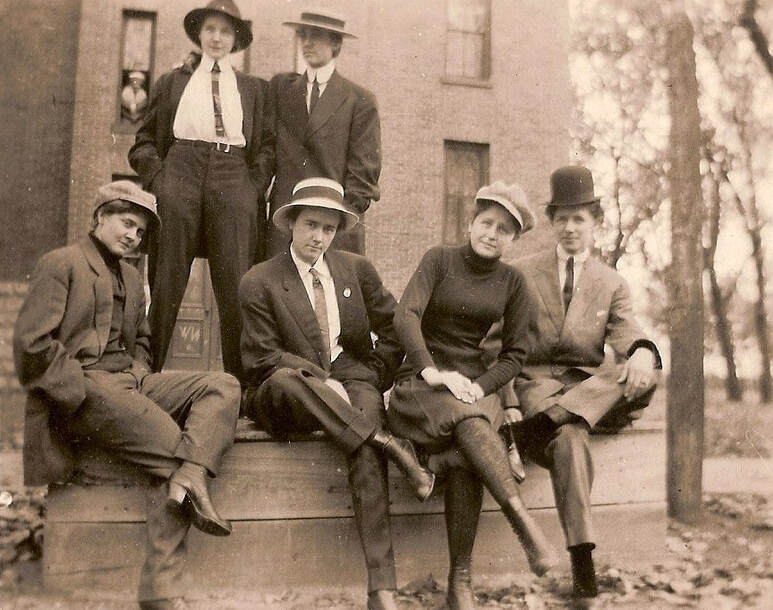 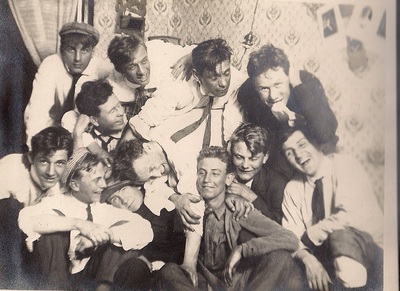 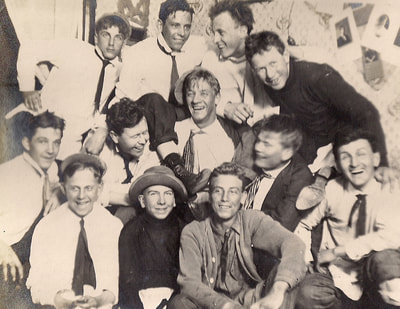 Carl Swenson from the Class of 1912 described Lydia as  ". . . the charming matron at the girls' dormitory.  She was a favorite of all the girls who lived there, as well as the aspiring young men who were privileged to visit Lane Hart Hall."
*  Source: Swedish American Bethany College Professor Dr. Leon Lungstrom's 1990 book, History of Natural Science and Mathematics at Bethany College, Lindsborg, Kansas.
- Dress-up at Lane Hart Hall for the Bethany College professors' wives, and the administration and faculty ladies - 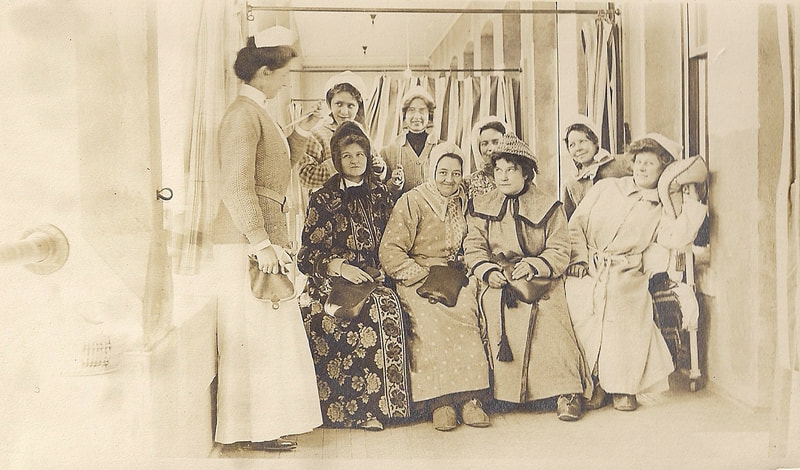 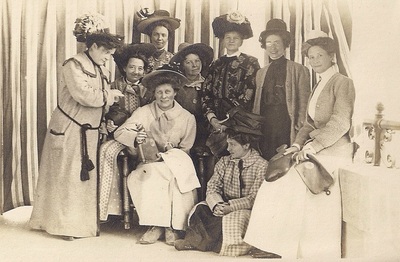 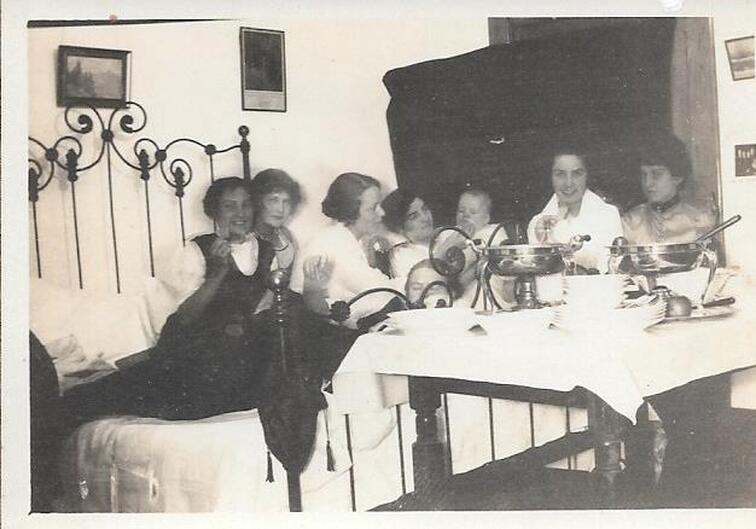 ​- Lydia's Lane Hart Hall ladies -
Centered on College Street with Old Main and Swedish Pavilion in background. Lane Hart, not shown, is to their left. 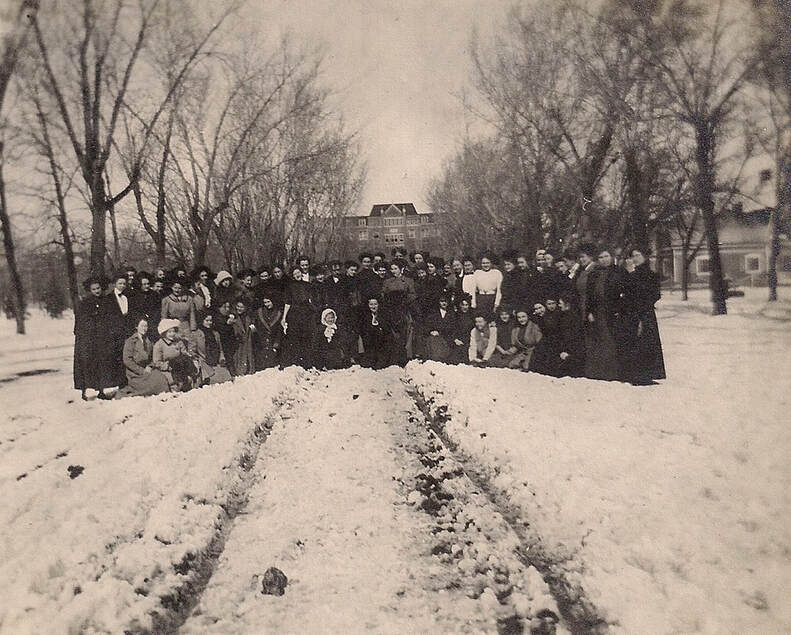 - Sitting on the front steps of Lane Hart Hall during one of those very hot, windy and humid days in Kansas - 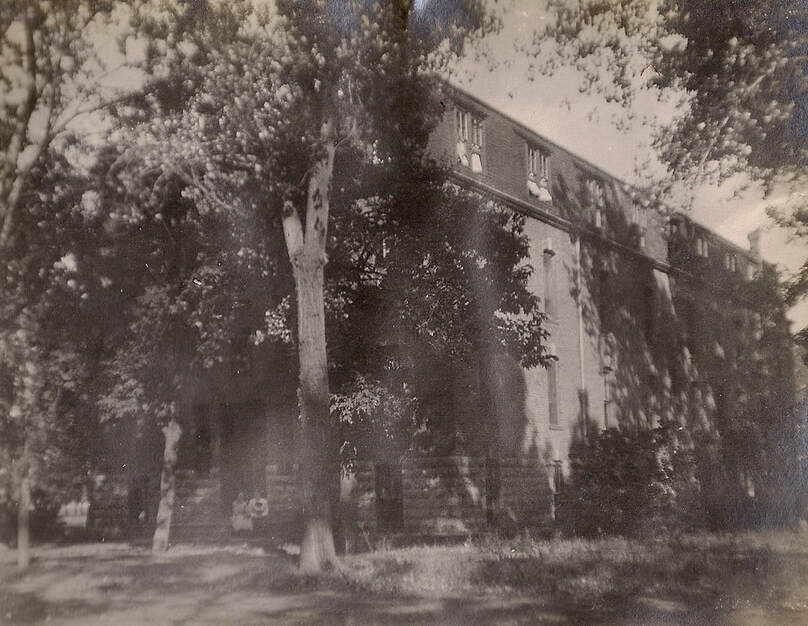 Go HERE to the next Bethany College Building: Old Main
*     *     *
Swedes: TheWayTheyWere
~ restoring lost local histories ~
reconnecting past to present
*     *     *
All color photography throughout Swedes: The Way They Were is by Fran Cochran unless otherwise indicated.
Copyright © since October 8, 2015 to Current Year
as indicated on main menu sections of
www.swedesthewaytheywere.org.  All rights reserved.