​Former Bethany College president Dr. Emory K. Lindquist wrote his heart out for his Lindsborg, his Bethany College and the Smoky Valley Swedes.  He knew time was of the essence to get as much local historical information down for the community and he dived in, beginning in 1953 with the classic Smoky Valley People, A History of Lindsborg, Kansas, and finishing forty years later with Birger Sandzén, An Illustrated Biography in 1993.  During his writing G. N. Malm: A Swedish Immigrant's Varied Career, published in 1989, he lost his central vision.  Yet, he continued on to write the Birger Sandzén masterpiece, although he died before it was published.  These two works he acknowledges would have never been written had it not been for the selfless help of his dear wife, Irma, and dear brother, Ermal.

Considering all of the writings he accomplished, it becomes clearer of his and his family sacrifices to ensure that his hometown of Lindsborg and his Bethany College and the Smoky Valley communities in general would have their history in hand for themselves, yet beyond that, so others, especially Swedish America, would know about this most unique and special community.  From his efforts, others have been inspired to write and or to further develop, preserve and promote the Swedishness of Lindsborg and greatly support the art and music programs of Bethany College.
​
Had it not been for the experiences that Dr. Lindquist gained as an Oxford University Rhodes Scholar in England and for the opportunity of easy European travel, his eye-opening Smoky Valley books may never have been written.

'It got him away from Kansas. Studies and travel in Europe gave him a far more adequate perspective of the world but also deepened his feelings for Kansas. Before his departure to Oxford in 1930, Emory had never been east of Kansas City. He had to feel a great sense of excitement.' -- This is a quote from his daughter, Beth, from the first chapter, ​"A Defining Moment," in the 1998 book, The Difference He Made:  A Biography of Emory K. Lindquist,​ by Emmet E. Eklund and Marion Lorimer Eklund, published by Bethany College Press.  When given this Rhodes Scholar honor, his verbal response was one of gratefulness to God, as also found in this first chapter when he remarked, "There is no personal credit on my own, for we must remember that whatever we ourselves have, God has given us."

I had thought before discovering, The Difference He Made that perhaps someone, at some time, would write an inspirational book on him to capture the essence of 'Well done, good and faithful servant' on this man of great faith and kindness.  Well, it was certainly a relief and wonderful surprise to discover that the Eklunds had done just that, when I was surfing archive.org, where this book was digitalized.  Now it can be read from there at any time.  To see this wonderful book, go HERE.

Dr. Lindquist felt a great sense of responsibility and gratefulness to the community as well, which he so fully rewarded them with, by way of his writings.  ​Through these, he actually introduced the community of Swedish Lutheran Lindsborg and Bethany College to itself, and then to others beyond the Kansas Smoky Valley borders.  From the outside looking in, he gave readers a remarkable understanding of their own town, his hometown, the college, its most distinguished faculty in the earliest years, its renowned artist and musicians and conductors, and the special events, including some with the Crown of Sweden, and of persons who helped develop the college, that spilled over to developing Lindsborg.

​Only through his time away from Lindsborg, after graduating from Bethany in 1930, for three years (1930-1933) as an Oxford University Rhodes Scholar, with all the opportunities and experiences that were available to him then, there in Oxford, England, with travels to the Continent, did this then open up the world to him, giving him a truer perspective on the importance of the cultural heritage riches found in his own home-town and at his alma mater, as he compared those with what he experienced abroad.  Hence, then, he could write the books that he did from a far clearer and more factual perspective.

Dr. Lindquist accomplished much, achieved much and as a result, he was recognized nationally and internationally for his great contributions as a Swedish American historian and writer, particularly on his hometown of Lindsborg and his Bethany College.

​"Perhaps the award he himself most treasured was
​ his reputation as a good and honest person who actively cared for his neighbor."
​​*   *   *
- The Lindquist and Deere Connection -
I cannot say that I ever met Dr. Lindquist formally, but I certainly heard his name at the Deere home many times when I would stay over or have lunch there between classes at Bethany from August 1964 to January 1966.  I remember clearly one day before having lunch when my grandmother Nina Sohlberg Fry (Lydia's niece who she photographed as a child, and who had become in charge of the Deere home after Lydia's passing) answering the telephone in the hall alcove and in a loud voice, that would carry to Emil's study on the first floor, saying, "Uncle, its Emory."

For sure Lydia and Emil knew Emory very well through their affiliation at Bethany College and their memberships at Bethany Lutheran Church.  Emory Lindquist was a true friend and colleague of Emil O. Deere's, and was first his student, and, then, he eventually became his boss, when he was inaugurated as fourth Swedish American President of Bethany College in 1943, following two years of serving as the interim college president. 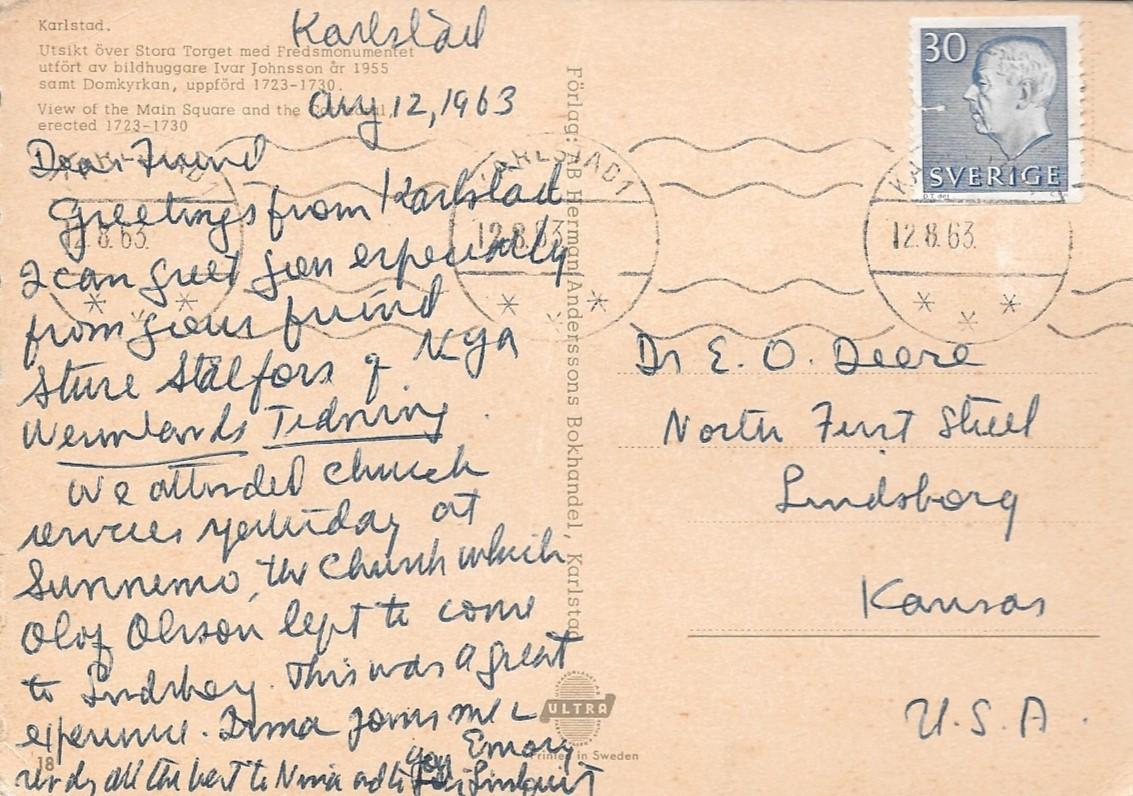 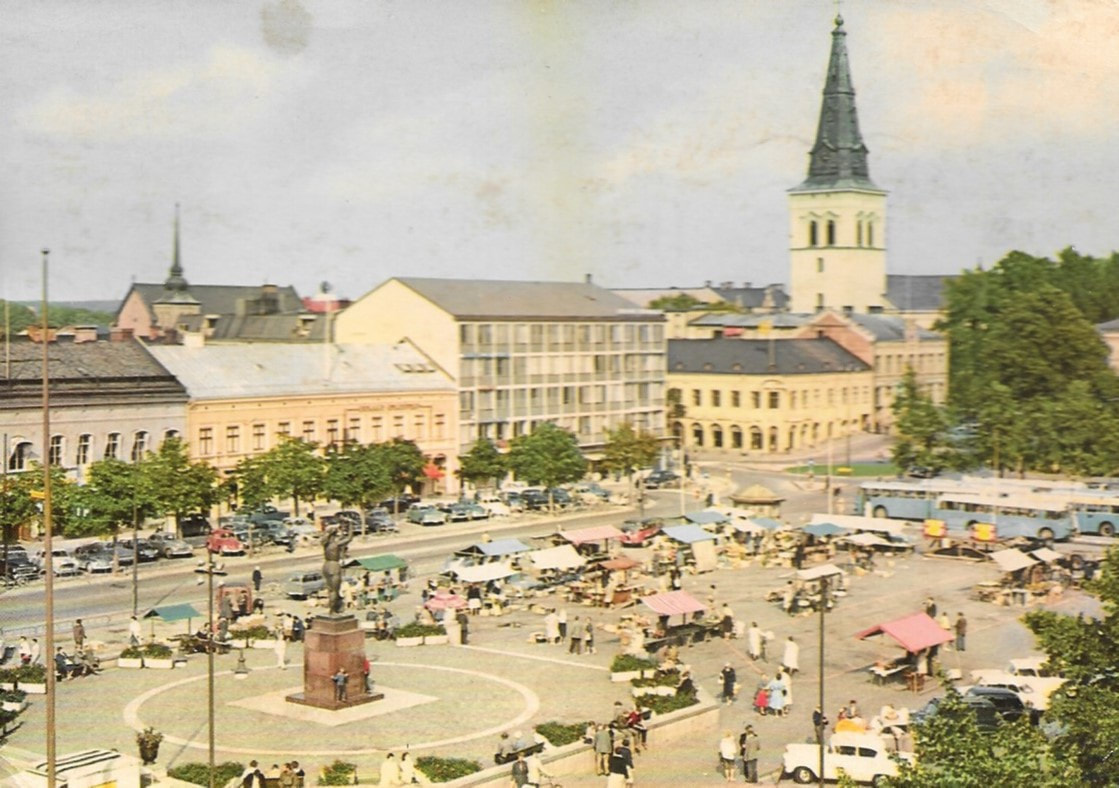 Dear Friend,
Greetings from ​Karlstadt.
I can greet you especially from your friend Sture Stålfors of Nya Wermlands-Tidningen**
We attended church services yesterday at Sunnemo, the church which Olof Olsson left, to come to Lindsborg.
This was a great experience. Irma joins me with greetings.  All the best to Nina and you. Emory Lindquist
-------
​
The 22 LINKS to Dr. Lindquist's writings in SWEDES
​
Found under the "Honoring Them and Remembering Them "The Smoky Valley Writers" section

Found under the Home Section

Found under the Honoring Them and Remembering Them ~ The Lindsborg Swedes, Their Neighbors & Friends section 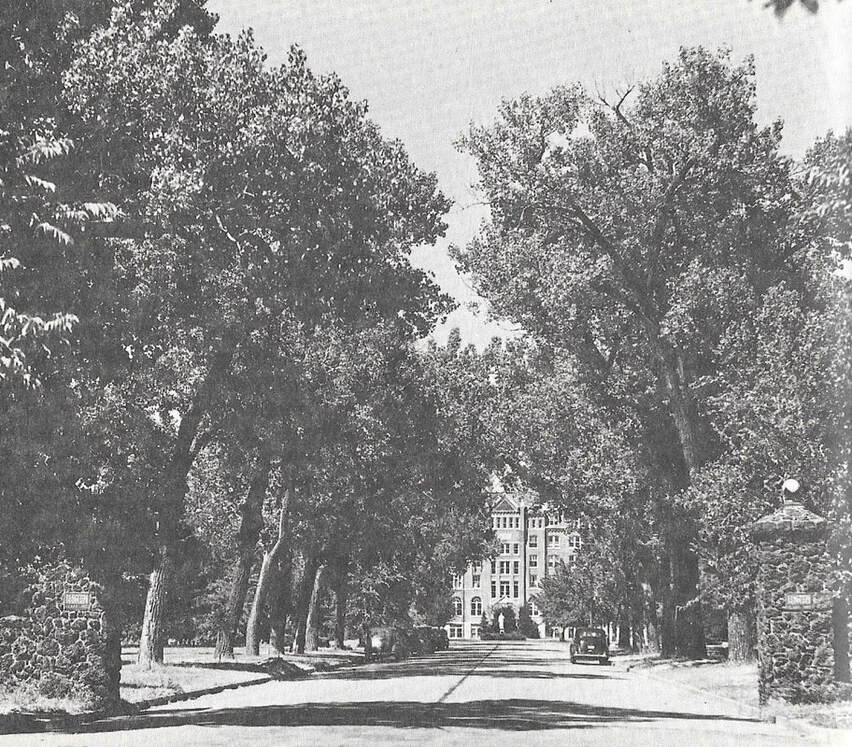 Source: "Bethany in Kansas" page 74
REWORKING THIS 11 26 22
-------
* Information on Mrs. Lindquist was from Plaza of Heroines at Wichita State University, Kansas.
**Nya Wermlands-Tidningen is a Swedish local newspaper.
Raymond Jarvi of the North Park Digital Collections from the Swedish-American Historical Quarterly of ​ North Park University, Chicago,
Wikipedia
For a suggestion to individuals and entities in charge of these books  ~ ​Digitalize for posterity and perpetuity,
go HERE.
​​​-------
*   *   *
"Let Us Remember Them"
*   *   *
Swedes: TheWayTheyWere
~ restoring lost local histories ~
reconnecting past to present
*     *     *
All color photography throughout Swedes: The Way They Were is by Fran Cochran unless otherwise indicated.
Copyright © since October 8, 2015 to Current Year
as indicated on main menu sections of
www.swedesthewaytheywere.org.  All rights reserved.