Scientist Emil O. Deere
A piece of Smithsonian inspiration and guidance for the Bethany College Museum!
Deere's Smithsonian Institution's Souvenir, 1904
In 1904, it must have been a thrill for Deere to pick up an account of the "Smithsonian Institution" while visiting the St. Louis World's Fair (aka the Louisiana Purchase Exposition).  St. Louis was a city he was familiar with due to the years 1901-1902 when he had attended the St. Louis Manual Training School at Washington University being sent there by President Dr. Rev. Carl Arron Swensson for special studies to prepare him for technical work and teaching at Bethany College.

Deere must have been very proud to have this museum narrative and most likely was inspired by it, to apply what he had learned from it to the College Museum when he became the fourth and last curator beginning in 1908 until his death in 1966.

For from the beginning of that institution founded by first Swedish teacher professor of Bethany College Johan August Udden in 1882, it was established for the same reason as the one in Washington D.C., "for the increase and diffusion of knowledge" to mankind, i.e. to the Bethany College family and the Kansas Smoky Valley residents.*
*     *     *
- A Piece of Smithsonian Inspiration and Guidance for the Bethany College Museum -
Deere received at the 1904 St. Louis World's Fair/Louisiana Purchase Exposition 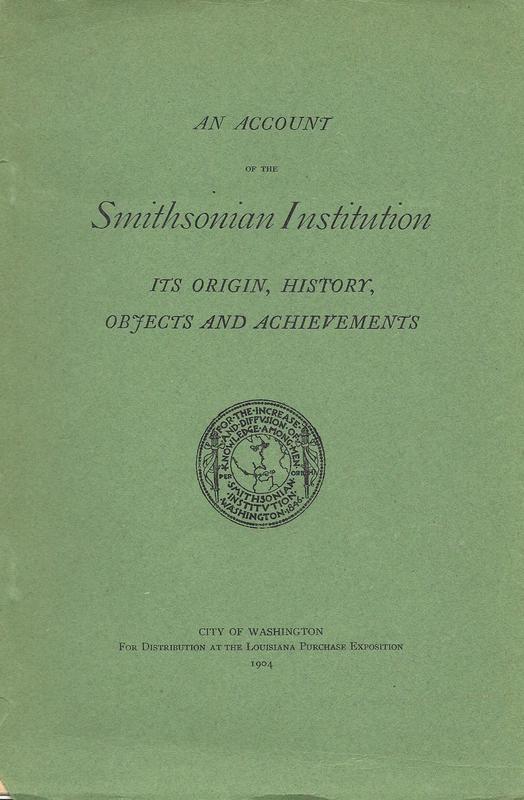 Source: The Deere Papers
Inside the first page is written the following:

--George Washington, 1796
Promote then as an object of primary importance, institutions for the general diffusion of knowledge.--in proportion as the structure of a government gives force to public opinion, it is essential that public opinion should be enlightened.

--James Smithson, 1826
I then bequeath the whole of my property * * * to the United States of America to found at Washington under the name of the Smithsonian Institution an establishement for the increase and diffusion of knowledge among men.

--John Quincy Adams, 1836
Let the trust of James Smithson to the United States of America be faithfully executed by their representatives in Congress; let the result accomplish his object --the increase and diffusion of knowledge among men. 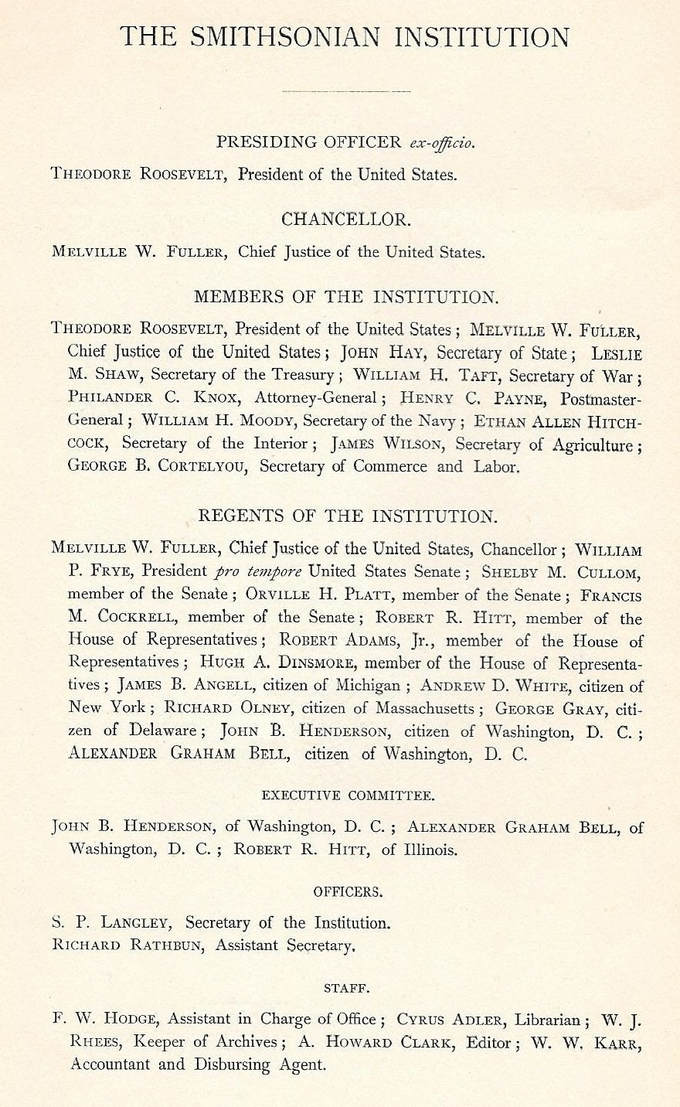 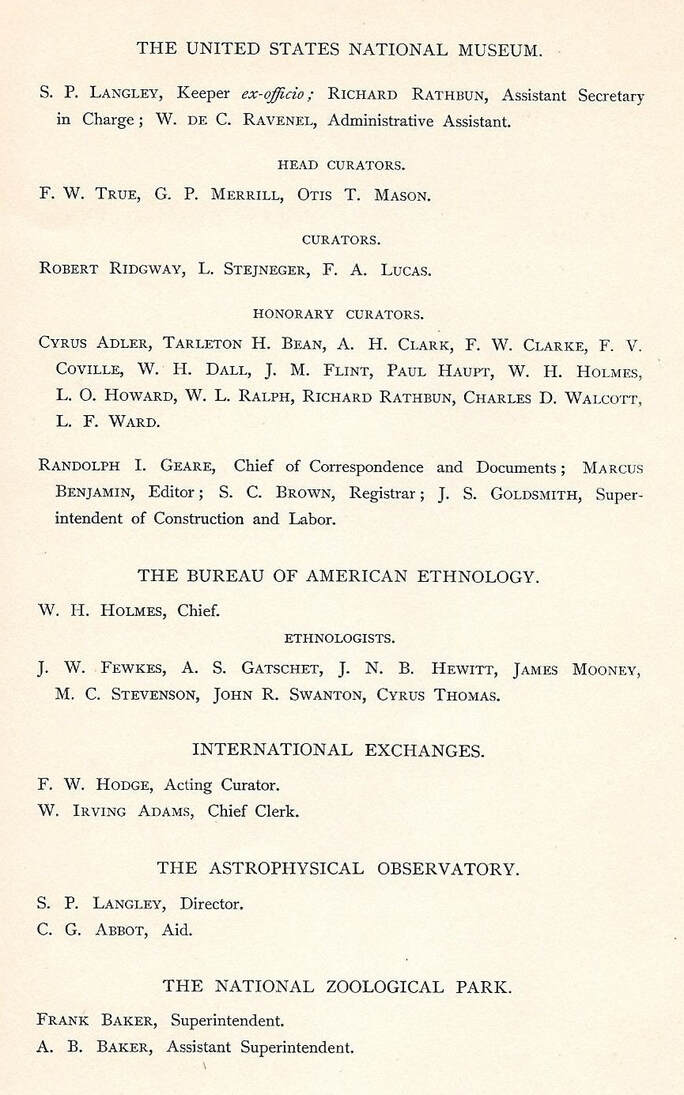 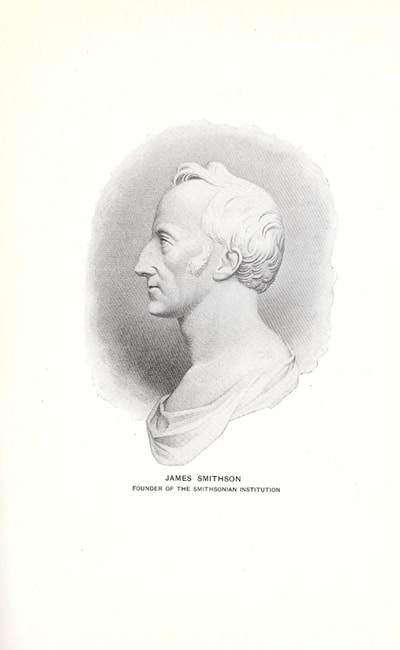 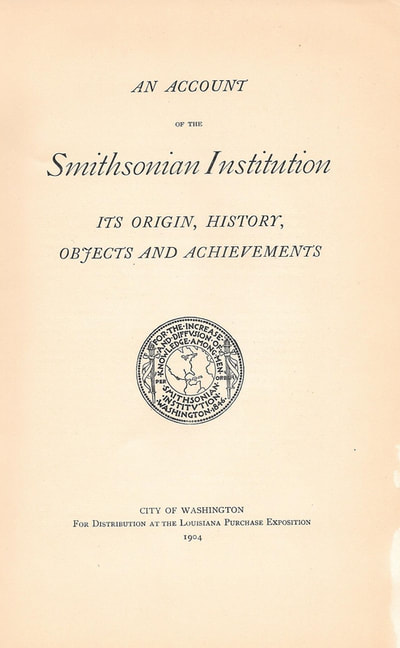 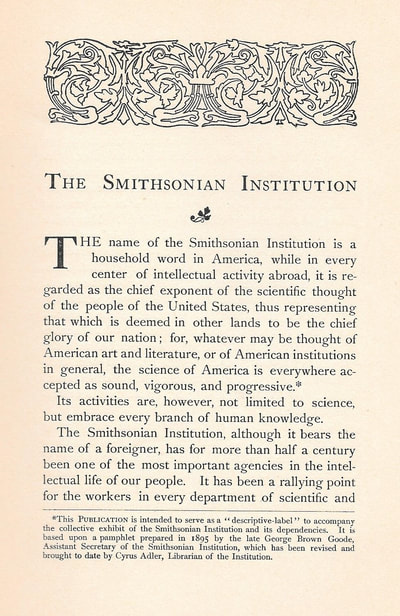 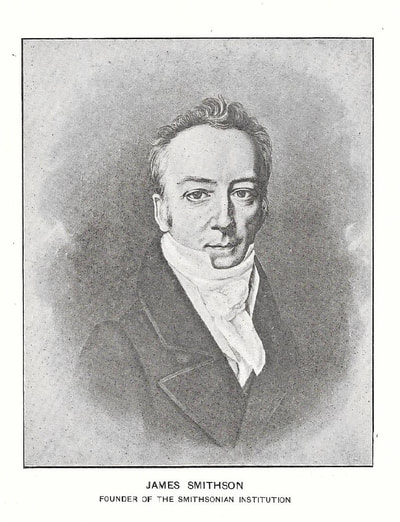 *   *   *
To go to Deere's Swensson's "Bethany College Museum," 1882 to 1966 ~ Dr. Leon Lungstrom, click HERE.
​
* Page 1, An Account of the Smithsonian Institution, 1904
*     *     *
Swedes: TheWayTheyWere
~ restoring lost local histories ~
reconnecting past to present
*     *     *
All color photography throughout Swedes: The Way They Were is by Fran Cochran unless otherwise indicated.
Copyright © since October 8, 2015 to Current Year
as indicated on main menu sections of
www.swedesthewaytheywere.org.  All rights reserved.