Home
Their 1869 "Bethany Lutheran Church"
~ Accounts by Dr. Emory K. Lindquist and Mr. Bill Carlson
Lydia is recorded to have been the Bethany Lutheran Church secretary for a time when Bethany College founder and president Rev. Dr. Carl Aaron Swensson was pastor and Rev. Ernst Pihlblad was the assistant pastor, a time of which would have had to be before Swensson's death in 1904.

The Bethany Lutheran Church that Emil and Lydia attended was built in 1874 with additions made in 1880 or so, such as the Bell Tower in 1881.  Its location is on Main Street a few blocks north of the center of town.  It continues to hold services and Swedish Christmas services to this day.  It is now referred to as Bethany Church and, having lost its Swedish Augustana Lutheran Synod identity due to several mergers of the past, it is a part of the Evangelical Lutheran Church of America (ELCA).
​- Lydia's and Emil's Bethany Lutheran Church - 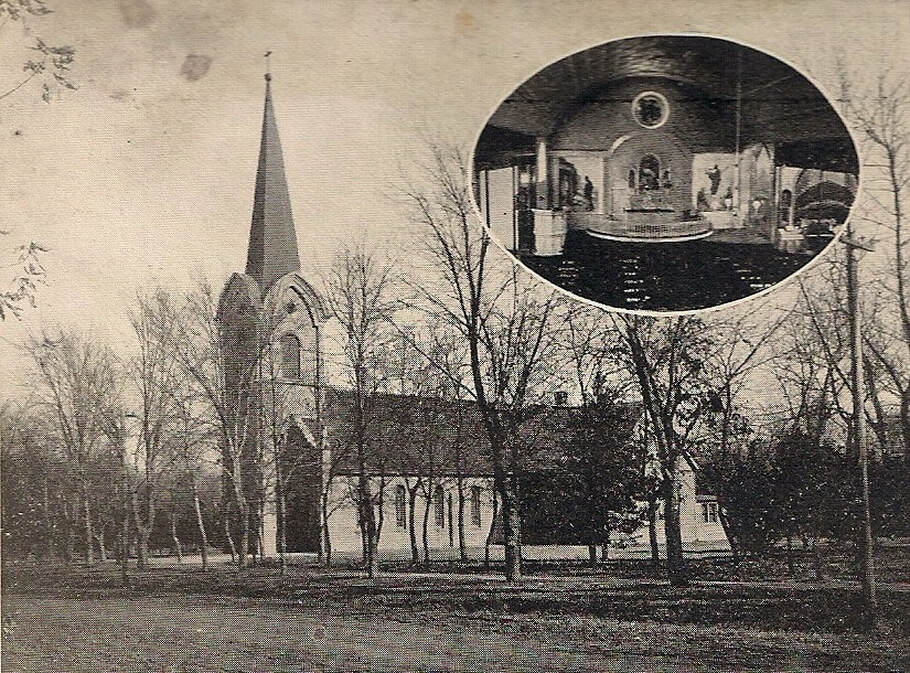 Source: Pioneer Swedish-American Culture in Central Kansas by Ruth Billdt, 1965
Their longtime pastor Dr. Alfred Bergin was the third pastor to serve Bethany Lutheran Church.  His tenure was for 34 years, from 1904 to 1938.  Dr. Bergin would be responsible for piecing together the early history of the Smoky Valley settlements and its Lutheran churches as well as non-Lutheran churches, and Bethany College.  This history would be found in two (2) volumes produced in 1909 titled "Lindsborg, Bidrag Till Svenskarnas och Den Lutherska Kyrkans Historia i Smoky Hill River Dalen" (translated in 1965 to "Pioneer Swedish-American Culture in Central Kansas"), and in 1919 titled "Lindsborg Efter Femtio Ӓr" ( translated in 1969 to "The Smoky Valley in The After Years").  ​  The 1909 volume was produced for the celebration of the Church's 40th founding anniversary and the 1919 volume for the Church's 50th founding anniversary.

From these two volumes, fourth Swedish American Bethany College President Emory Lindquist would acquire much of his information for writing his Swedish American books, especially his 1953 book, Smoky Valley People, A History of Lindsborg, Kansas.  Providing the background for Bethany Church's founding, in this book on page 17, Chapter III -"A CHURCH IS FOUNDED,"  he writes the following:

"THE CENTRAL emphasis in the founding of Lindsborg was religious.  Pastor Olof Olsson and his friends came out of that period in Swedish church history when new forces of freedom were protesting against the institutional pattern of the Church of Sweden.  The promise of America included the opportunity of founding a free church in a free land.  The Bethany Lutheran congregation at Lindsborg, founded in August, 1869, six weeks after the arrival of Pastor Olsson in the Smoky Valley, was the expression of these Swedish immigrants' search for this new freedom.

"The religious interests of the Swedes in the area furnished the background for the unofficial "call" to Pastor Olsson that had been issued in December, 1868, on the basis of C.R. Carlson's understanding with Olsson and the desire of the pioneers for a pastor and congregation."
​
Also, Lindsborg's Bill Carlson in his 2010 book, Lindsborg Then and Lindsborg Now, on page 21-22, Chapter 9, "An Early Lindsborg Community Leader," writes the following on the events which brought Rev. Olof Olsson, the founder of the church to Lindsborg:

"C.R. Carlson was a member of the läsar group that had been meeting regularly in Sweden with Rev. Olof Olsson to read and study the Bible.  C.R. was a brother-in-law of Magnus Carlson [Bill Carlson's grandfather] who preceded him here in the Smoky Valley.  C.R. and Magnus had become intimate friends of Rev. Olsson while Pastor Olsson was serving the Fernebo congregation, prior to his call to the Sunnemo Church.  Carlson was serving as the Principal and Teacher in the area.

"Upon Magnus Carlson's arrival in the Smoky Valley, he soon sent a letter to his brother-in-law C.R. Carlson urging him and his wife Emilia to join them in this new-found country, which they did late in December of 1868."

When founded in 1869 by Pastor Olof Olson, the church was first named the Swedish Evangelical Lutheran Bethany Church and was accepted by the Augustana Lutheran Synod as a member Lutheran church at that time.  It was located a few miles northwest of Lindsborg.   Below is a drawing by businessman and artist G.N. Malm of the church building showing how it appeared in its beginnings. 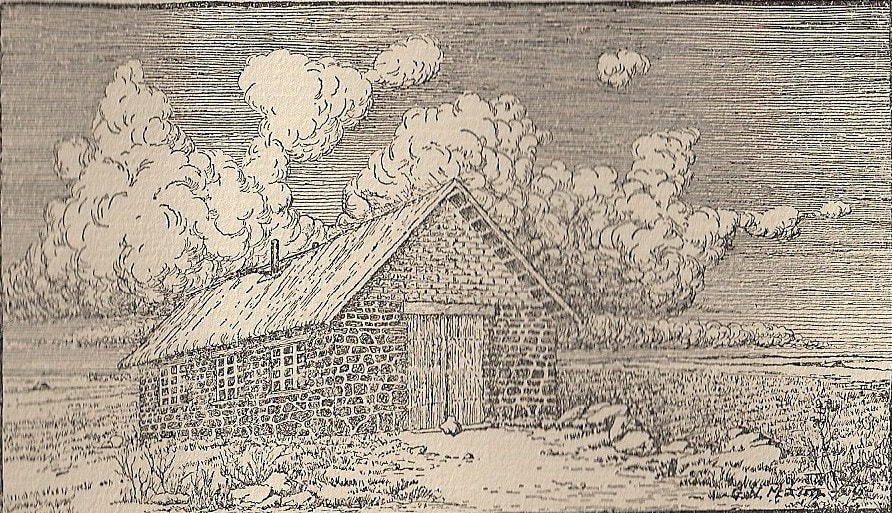 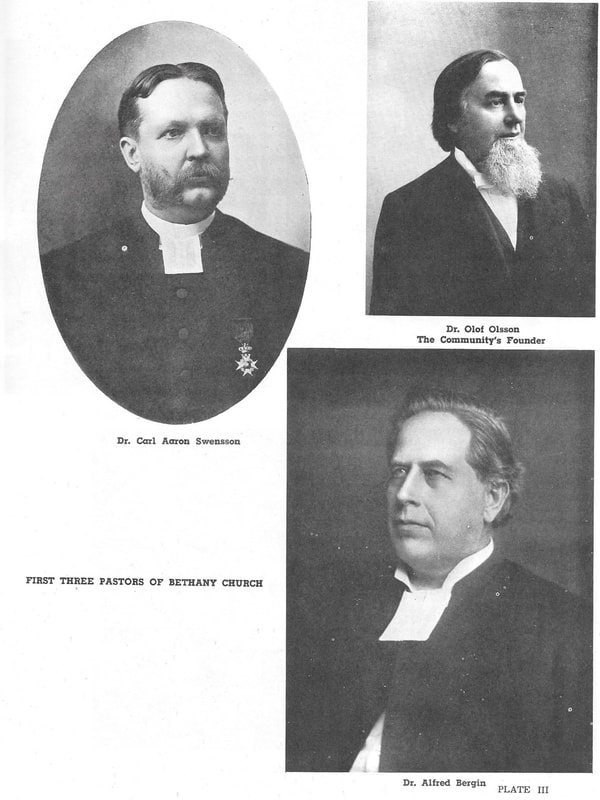 Source: "The Smoky Valley in the After Years" by Ruth Billdt and Elizabeth Jaderborg, 1969
To learn more on The Augustana Evangelical Lutheran Synod ~ Gaining and losing its Swedish identity, go HERE.
* Source:  The Deere Papers
*     *     *
Swedes: TheWayTheyWere
~ restoring lost local histories ~
reconnecting past to present
*     *     *
All color photography throughout Swedes: The Way They Were is by Fran Cochran unless otherwise indicated.
Copyright © since October 8, 2015 to Current Year
as indicated on main menu sections of
www.swedesthewaytheywere.org.  All rights reserved.