Sohlberg House with Emil
1916 to 1920
This photograph is of Lydia (43) and Emil (39) when they returned home in mid September 1916 from their California wedding and honeymoon.*  It was taken by a student when the student body was celebrating their marriage at their new home, Sohlberg House, the retirement home of Lydia's parents, Anders Gustaf (A.G.) and Ingrid Elis Sohlberg who moved there from McPherson, Kansas in 1904.

The address of Sohlberg House was then 322 North College Street. (In time, the street name changed from College to First.)   The house survives today and is located on the east side of  North First Street.  It is three houses south of Olsson Street, and two houses south of the Deere home, she and Emil would build together in 1940.

To vary the viewing experience, sometimes these photographs are displayed individually and then in groupings.
- 1916 Bethany College Homecoming Party for Newlyweds Emil and Lydia - 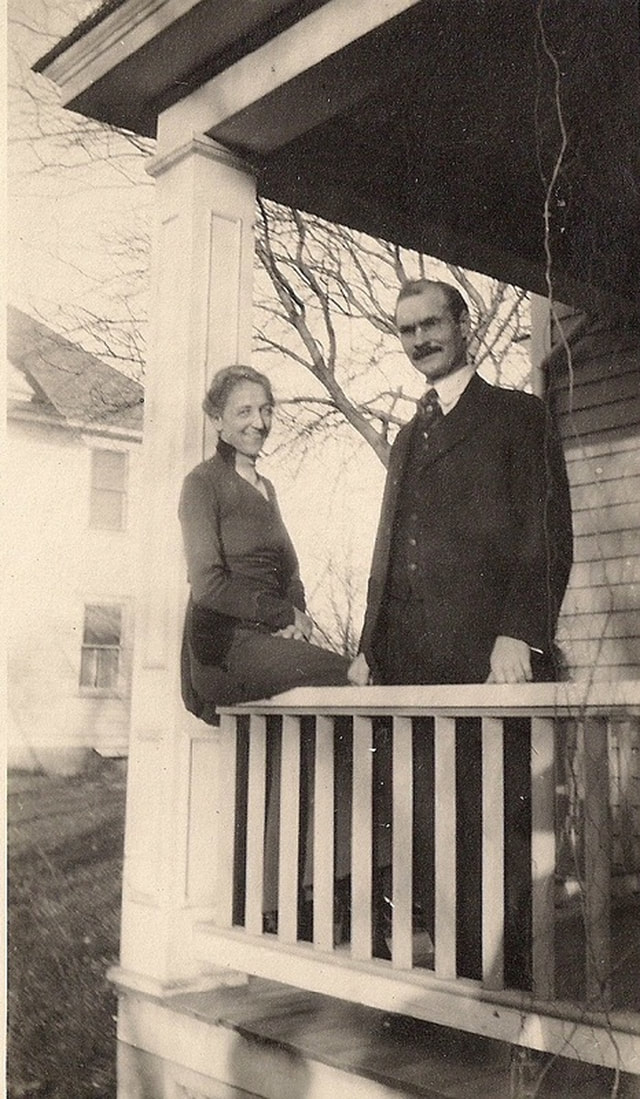 ( NOTE  above: The very large white home next door and north of Sohlberg House would one day belong to Alma Louis Olson, graduate of Bethany, who would become "the first American to receive Sweden's highest award for women, the Vasa Medallion"* from the Swedish crown.  *New York Times April 29, 1964.)
- Lydia's Artistic Touches - 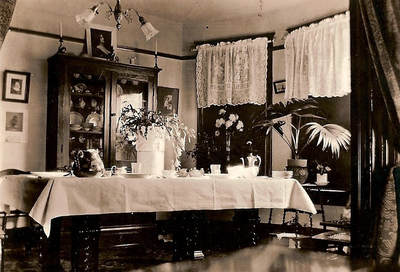 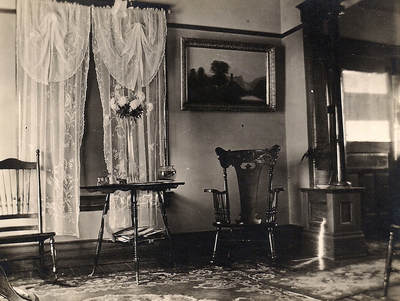 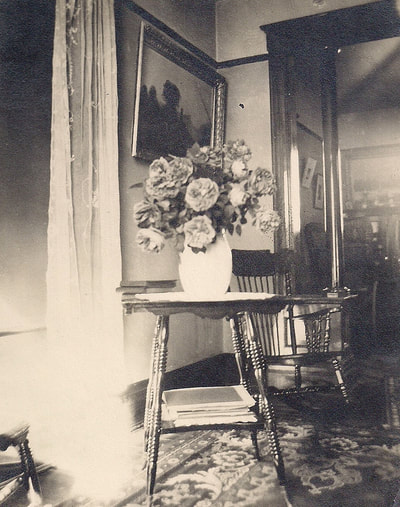 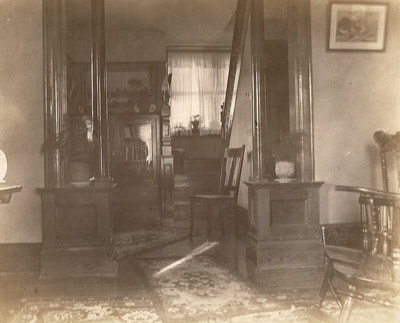 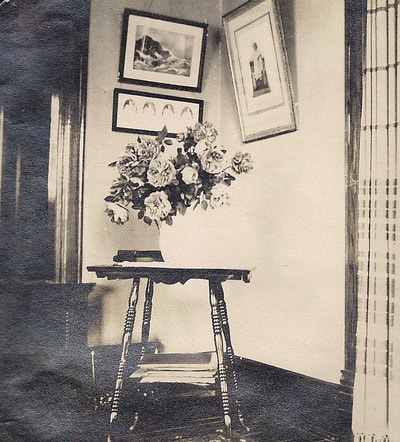 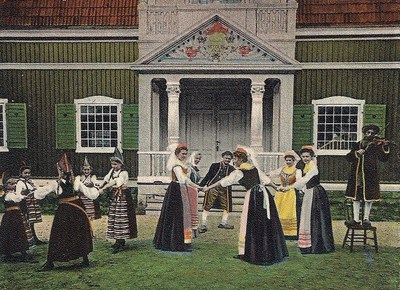 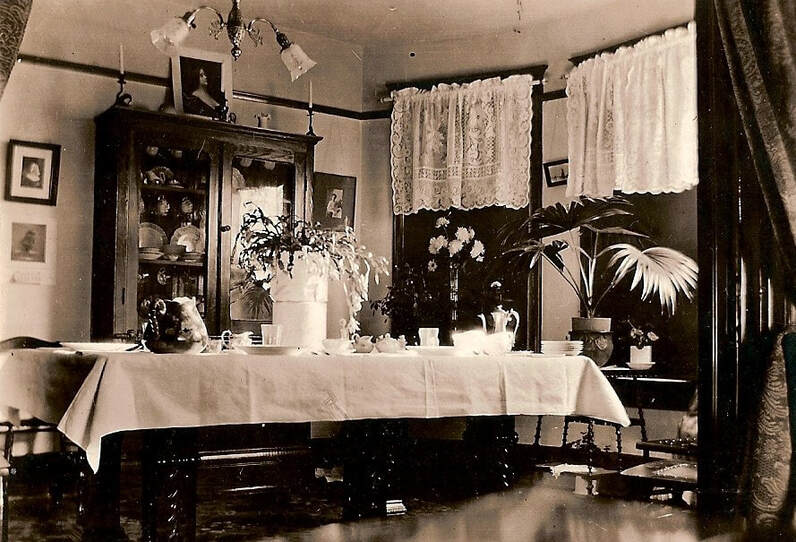 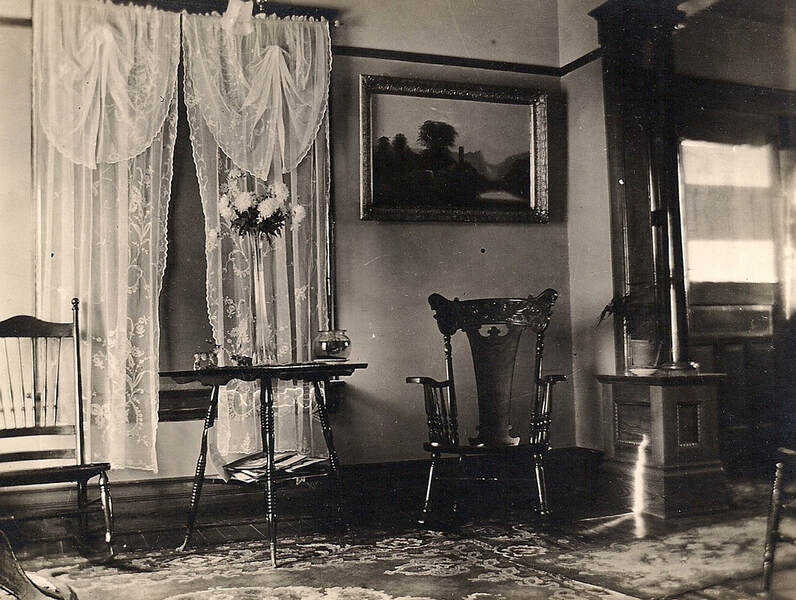 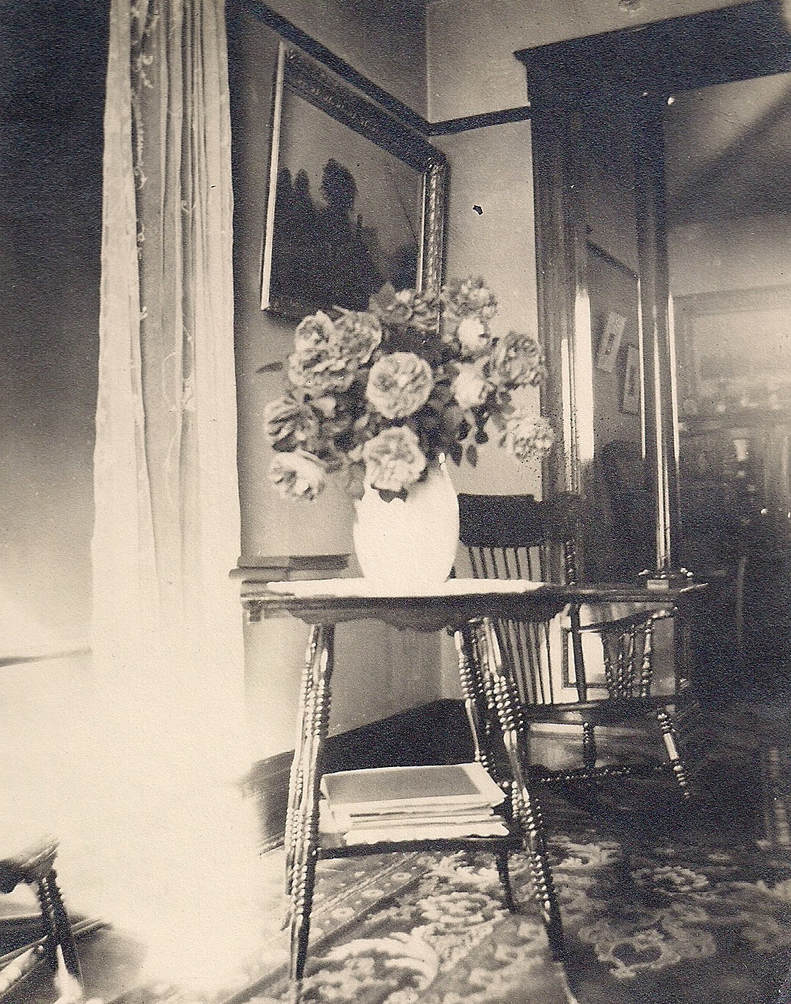 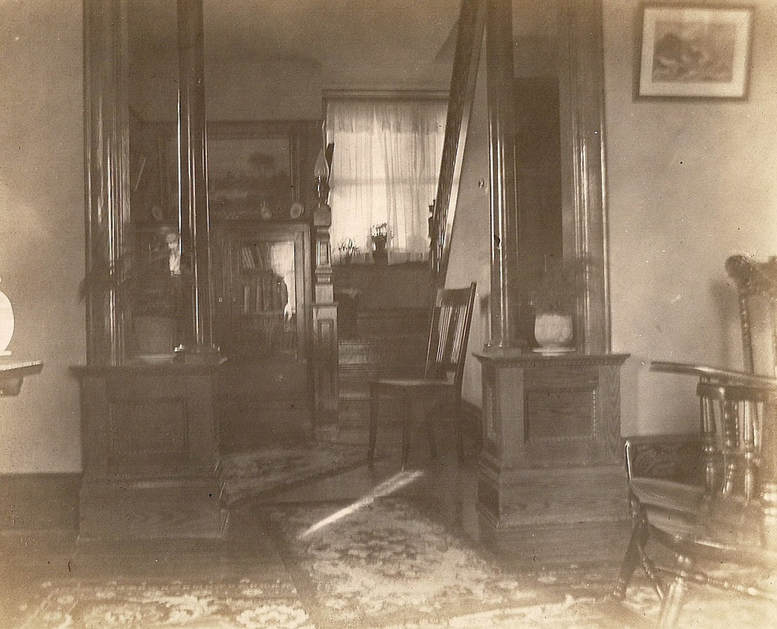 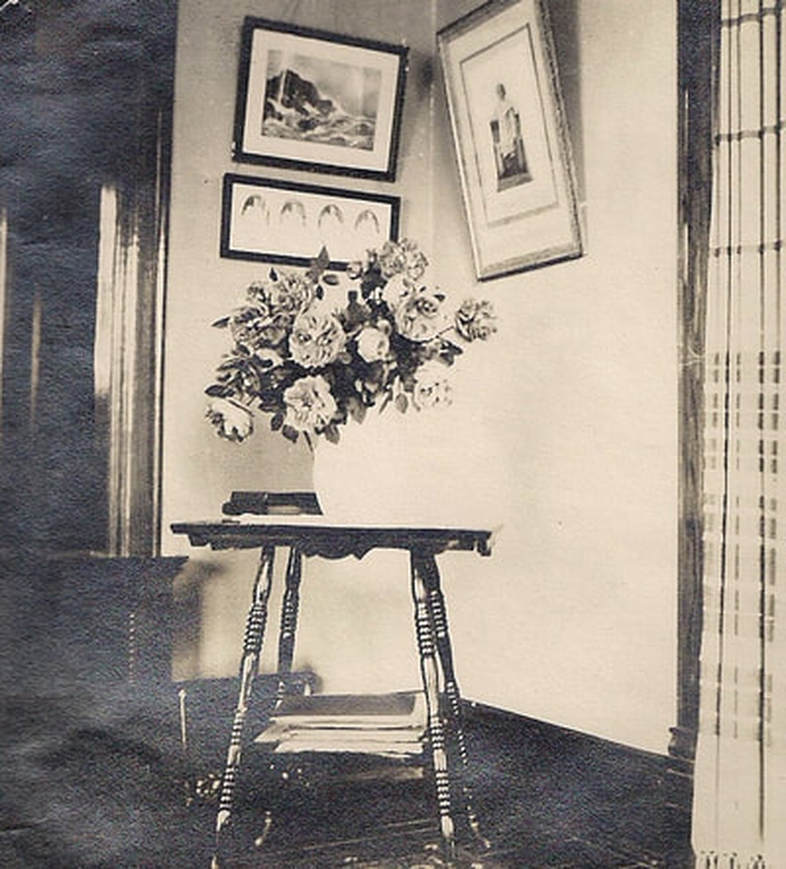 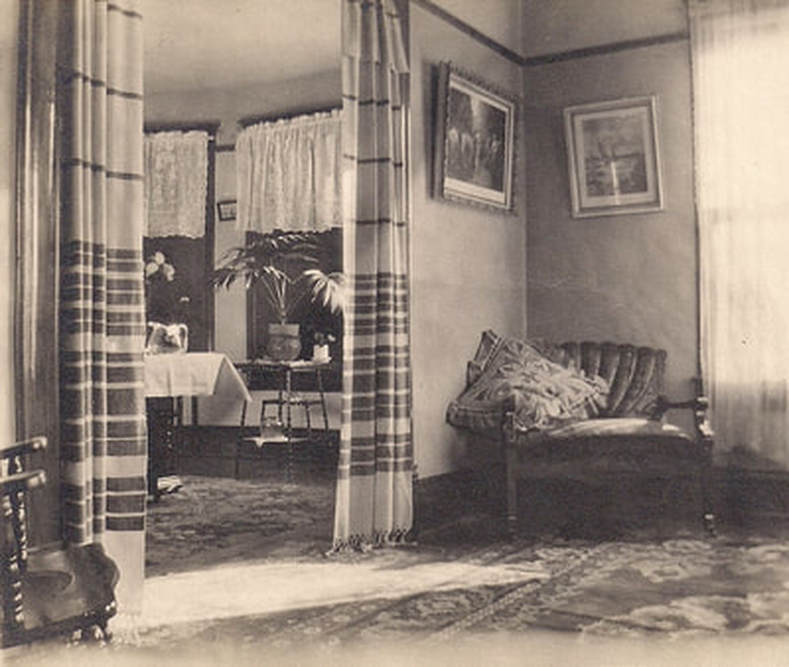 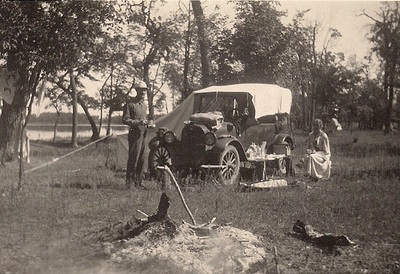 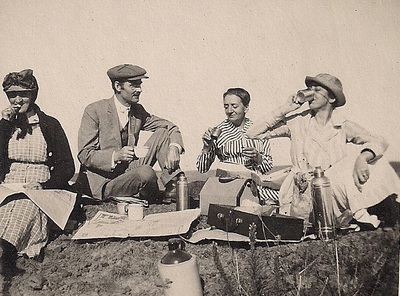 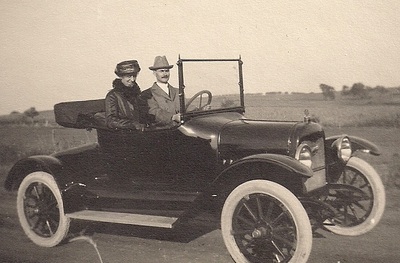 - The Newlyweds outside Sohlberg House -
To move on to Lydia's Art, go HERE.
To skip to Deere & Lydia's Bethany -- Lydia's Photography, 1906 - 1925, go HERE.
.
*     *     *
"Let Us Remember Them"
*     *     *
Swedes: TheWayTheyWere
~ restoring lost local histories ~
reconnecting past to present
*     *     *
All color photography throughout Swedes: The Way They Were is by Fran Cochran unless otherwise indicated.
Copyright © since October 8, 2015 to Current Year
as indicated on main menu sections of
www.swedesthewaytheywere.org.  All rights reserved.